The Weight Of Atlas take on the A-Z challenge!

The Weight Of Atlas are a Scottish post-hardcore band who take influence from the likes of The Devil Wears Prada, Deftones and Underoath. The quintet are set to release new single The Art Of Letting Go on May 5th, ahead of the release of their album later this year. We asked the band to take […] 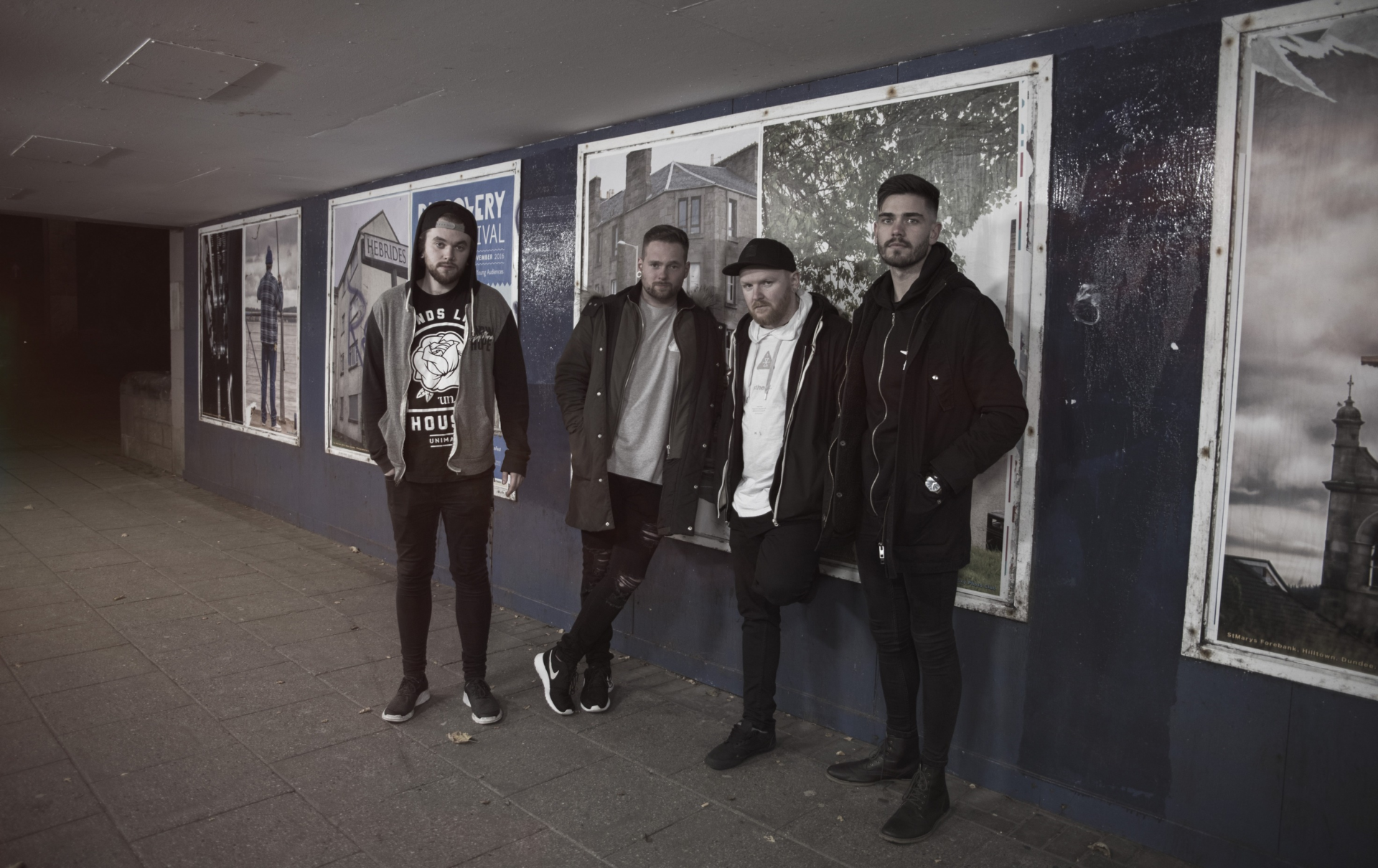 The Weight Of Atlas are a Scottish post-hardcore band who take influence from the likes of The Devil Wears Prada, Deftones and Underoath. The quintet are set to release new single The Art Of Letting Go on May 5th, ahead of the release of their album later this year. We asked the band to take on our A-Z challenge!

That’s such a tough question. I remember being really young and picking up a Busted CD, they were the big deal of the time and playing it all the time. I think that’s the first CD I ever bought with my own money. But as for heavy music the first time I heard Slipknot I immediately took notice, there was something really dangerous and interesting about it that made me think, ‘Man, I want to do that’.

We’ve never been picky when it comes to riders, we’re happy with whatever is there, it’s normally sausage rolls. I think the best rider we ever got was a crate of beer and a huge tray of pasta bake. I mean, it’s no bowl of M and M’s sorted into each separate colour or a champagne fountain, but we appreciated it.

We once stayed at this woman’s house in Swansea. She was friends with the driver and let us crash there, she was a lovely woman. About half way through the night she told us she had a special fire trick she wanted to show us. So there we were in her garden watching this total stranger fling flaming fireballs on chains around her head and then proceeded to give us a shot at it. Not something any of us will forget in a hurry.

Either that or watching our tour driver eat a cornetto with bolt cutters. That’s a highlight.

‘I am not your victim, and will not be controlled by my fears.’ – The Art of Letting Go.

With Grace – It was the first song that Lewis and I properly co-wrote way back in 2012. There was a shared vision of what we wanted to write from the off. It was just one of those moments where you sit back and go, ‘Yeah, you get it’.

All the new ones, especially The Art of Letting Go. I think that’s the most fun for us because it’s fresh.

How long it takes from writing a song to releasing it. Either, that or how expensive it is.

Ryan, our bassist, just got engaged! (Congratulations to Ryan from all of us here at AltCorner – Ed)

There are so many. Our current favourite is that Ryan our bassist once shouted his own name when he knocked something over. So we say “Ryaaaaan’’ whenever we do anything daft.

I think honesty. If the emotion is real, it’s always easier to write something powerful.

Dundee to London. I think?

Now there’s a question. Personally, Dallas Green of Alexisonfire and City and Colour. I’m just in awe of both his songwriting ability and his voice.

A Plea, A Promise. They’re an amazing band from Edinburgh. They’re destined for big things.

America. It’s fascinating country and there’s such an amazing music scene out there.

In relation to our new release it’s all about letting go and moving on from something painful in your life. I’ve always liked this quote from Mark Twain,

‘Anger is an acid that can do more harm to the vessel in which it is stored than to anything on which it is poured.’ Mark Twain

The Art of Letting Go. The title came from our new single, but I think that we all experience hard times and often it’s difficult to see past it and out the other side. And that’s what this release is, it’s about hope no matter how dark it gets.

Hopefully there should be some tours announced in the near future!

I think we started out just as the real big change in the music industry was happening. Yeah, I think that the internet has eroded the experience of actually going to shows and involving yourself in that world and has made it harder for people to make a career out of music. But, I mean times are constantly changing and the music industry now, especially the new ways in which people consume music has opened a lot of doors for those who wouldn’t have had the opportunity otherwise. It’s a double edged sword I guess.

Lewis’s little brother was born a couple of years ago and there was definitely a ‘The Weight of Atlas’ babygrow made for him.

I’ve always liked acoustic versions of our own songs. We have some written so maybe sometime in the future we may release something of that nature.

We are so lucky to have some of the best fans. It means everything to us. They aren’t fans they’re friends, It’s crazy to me that people will travel so far just to see a bunch of normal guys from Scotland play or support us by buying merch from our store. It’s truly humbling.

Honesty, none. There probably should have been. Lewis managed to drop a very heavy piece of equipment directly onto my foot on tour. But, that never got checked out.

That is such a bad answer, I can only apologise.