Heyrocco are a trio of cool cats from South Carolina, who deliver the sweetest blend of grunge you’ve heard in a long time. Their slacker meets garage rock style is perked up by infectious pop choruses and quirky lyrics that often are sing-along infused anthems. On the flipside, Heyrocco also have the ability to write […] 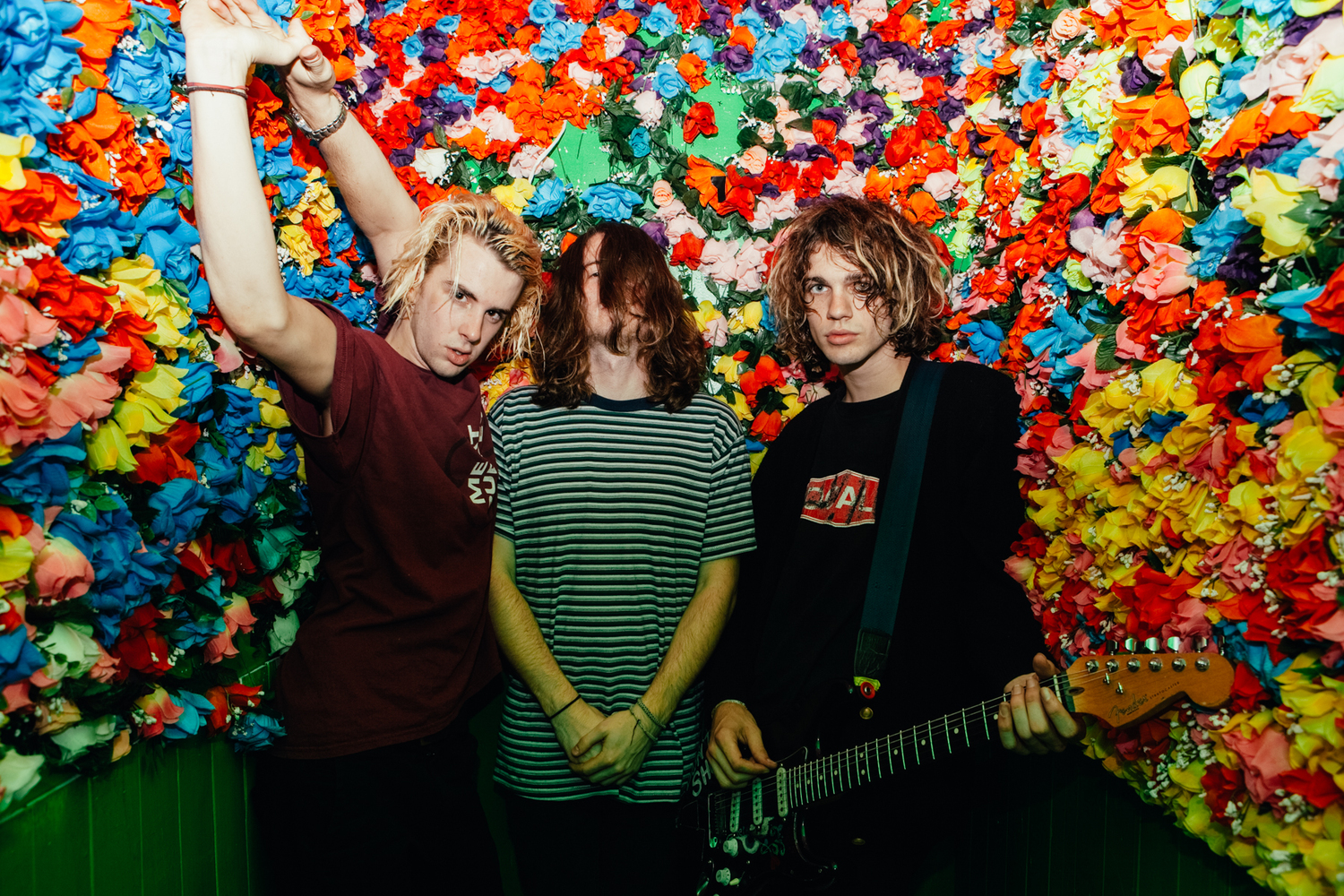 Heyrocco are a trio of cool cats from South Carolina, who deliver the sweetest blend of grunge you’ve heard in a long time. Their slacker meets garage rock style is perked up by infectious pop choruses and quirky lyrics that often are sing-along infused anthems. On the flipside, Heyrocco also have the ability to write superb emotionally-driven tunes of the variety that deals with the dramas faced when being a teenager. If one thing is for sure Heyrocco are a band that deserve all of your attention. It was with great pleasure that I got to speak to lead singer, Nate Merli about their new EP ‘Waiting on Cool’, the bands approach to songwriting and of course, dark chocolate…

Hello Heyrocco, at the time of asking this question, ‘Waiting On Cool’ has just been released to the world! I imagine you are understandably stoked about that?

Yes, we are. It was a lot of fun to make and we released it  digitally so people could hear it right away.

What made you decide to release an EP as a follow up to 2015’s album Teenage Movie Soundtrack?

The songs were recorded in various places over touring the last LP so we put together what sounded peachy and saved the rest for the future.

Staying with Waiting on Cool, how do you think you have progressed on this EP compared to Teenage Movie Soundtrack?

The overall voice has matured. It’s a similar writing style but this go around is more about college. #college stuff and being like “word! I gotta get my shit together!”.

May I just say that, Teenage Movie Soundtrack is one of the strongest debut albums I have heard in a long, long time and I listen to a whole bunch of albums each week. One thing that instantly drew me to listen to this was the name…what was the thought process for naming this release?

Very kind of you ? We were sitting at the kitchen table and had a self realization about all those tracks. I think a name is extremely important. Always have. So is a little humility.

One thing I really admire you for, is the fact that all your songs seem so honest, detailing a lot of seemingly personal anecdotes throughout your songs, how do you approach writing your material?

Honestly, it might upset some people but I am trying to get away from that kind of writing. A lot of my recent lyrics include other assorted characters. I’ve always just written what I said in my head I guess!

With Teenage Movie Soundtrack, You really encapsulated the ebbs and flows an album needs with straight out sing-along tracks to more slower, emotionally driven ones, did you closely knit the albums running sequence together or did it just come together?

I think we’re either geniuses or complete fools. I’m really on the fence about it. I think a lot of people are, maybe that’s where the magic comes from?

You toured with the fantastic, The Xcerts last year in the UK (God I wish I went!), do you have any plans to return to the UK?

They are fantastic. We’ll be touring again, me thinks the fall.

One thing I must ask, although I am sure you get asked this a lot is – why ‘Heyrocco’?

Cause it stuck as a fuck ya’ll

Now, we always end our interviews with some fun questions; some are silly, some are serious but most of the time they’re ridiculous…

So, if Heyrocco was a chocolate bar what would they be and why?

She’s Not There – Zombies

Can we get invited to Jake Miller’s next party?

Backstreet Boys or One Direction?

This piece of pizza

Thanks for taking the time to talk to us today, anything you’d like to say to our readers?

So there we have it the cheeky rascals in Heyrocco are some cool dudes, cooler than us clearly if this video is anything to go by!

Make sure you grab both their debut album ‘Teenage Movie Soundtrack’ & EP ‘Waiting On Cool’ over at heyrocco.com!