The Skelfs take on the A to Z challenge

Scottish rock duo The Skelfs have recently released the music video for their single Social Smoker and are currently working on new music. From their most crazy experiences to what animal they would be, check out how they get on with our a – z challenge down below. A SONG WHICH MADE YOU WANT TO […] 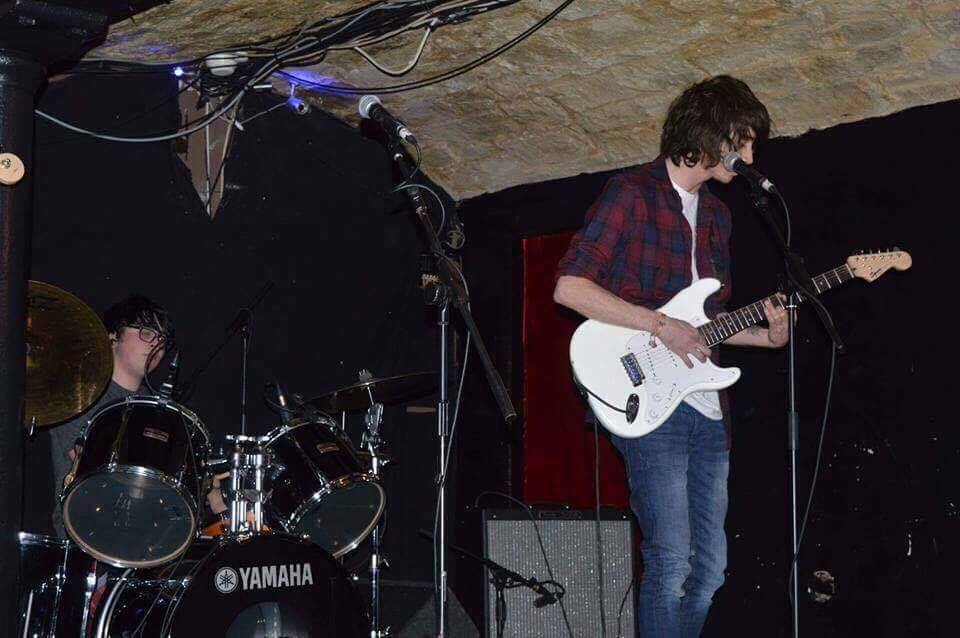 Scottish rock duo The Skelfs have recently released the music video for their single Social Smoker and are currently working on new music. From their most crazy experiences to what animal they would be, check out how they get on with our a – z challenge down below.

Ross – Arctic Monkeys – A certain romance – Whatever People Say I am, That’s What I’m not.. It made me realize that there was opportunity for small bands to take the music industry by storm. The waves that album made were bigger than anything any major record label could throw money at.
Alex – listening to bands such as ACDC and led Zeppelin when I was younger with my dad is what made me really take music more seriously than just playing an instrument so I don’t personally have a song, more Several Rock and Metal bands that made me want to play in a band and write my own music

A sound engineer that spoke to us

We once got thrown out after own show for being too drunk, the security guards followed us all the way to the train station.

Why would you fight if you know you’d lose? I guess you see yourself in a noose,
But I won’t kick the seat from under, because I’ve tried and it did not end there.

Sociable Smoker, our intro song for most of our gigs!

It’d have to be Wasting Away, the drums are continually surging the song forward like an engine, it’s hard not to move to it. Also, the styles of the guitar and drums seem like they shouldn’t work together, but they do.

It has to be the day job. Everyone has their own schedule so they can survive from month to month. It gets in the way a lot, and making time for each individual thing can be tough. It’s difficult also as there’s so many cliques in the music industry, a lot of people ,We think, are too scared to voice the fact that most of the artists that “come out of nowhere” usually know someone on the inside, or they pay. That’s the bottom line. That’s not to say that talented bands just pay to get to the top, but 9 times out of 10, it’s not what you know, but who.

Writing is different for everyone, to have a key would make it boring as hell. Sometimes We can write three on the trot without scrunching up a bit of paper, other times We stare at the intro line searching our minds for the next – but it never comes. It’s like anything creative, you’ve just got to let things come, if We try and force ourselves to write a song, most of the time We fail miserably. We found over time just sitting down and playing what comes to mind is the start point for all our songs so far

GLASGOW! Our favourite place to play.

Tame Impala, the music takes you elsewhere and back again. The fact that the records are produced solely by Kevin Parker is cool, but once his friends come along for the ride when they tour, the songs transform so much from show to show. They improvise and they have fun doing it. That’s the goal.

Allah Lahs (not very new) but they deserve a lot more credit.
Oxtered to the bothy-one of Alex’s friends plays in this band and it’s a weird sound we wouldn’t normally listen to but it’s dope

The UK would be cool, one step at a time. If we could, Europe would be awesome and then anywhere from there. When we first started this band we wanted to make a living from music, see the world, meet new people and have fun.

“To bring anything into your life, Imagine that it’s already there” – Richard Bach

Wasting Away was written a couple years ago, it’s meant to be a straight to the point track that outlines some of the problems we as humans can’t get past. It’s mainly to do with government, big business ect totally disregarding the planet in the name of money.

No. There’s a lot more good musicians nowadays than there was in the past. There’s just A LOT more things to look at for people, back then the number of outlets in which a band could be seen was a lot less than it is now. You just need to look at shows like The X Factor to know that you’re gonna have to find good music elsewhere.

We currently have none but we’re working on that!

We wanna experiment a lot with our sound in general, the songs we have just now are just the foundations of our band. We have experimented with ambient sounds to more hardcore punks with more thrashy guitar riffs amd drum beats

Everything, they come along and support us even when they have stuff to do. Without fans, music would only be for musicians.

Ross-Koala, we like to chill out and take things easy. Our creative periods are most productive when we’re chilling and eating some sort of food.
Alex-couldn’t agree more

Check out their official music video below :