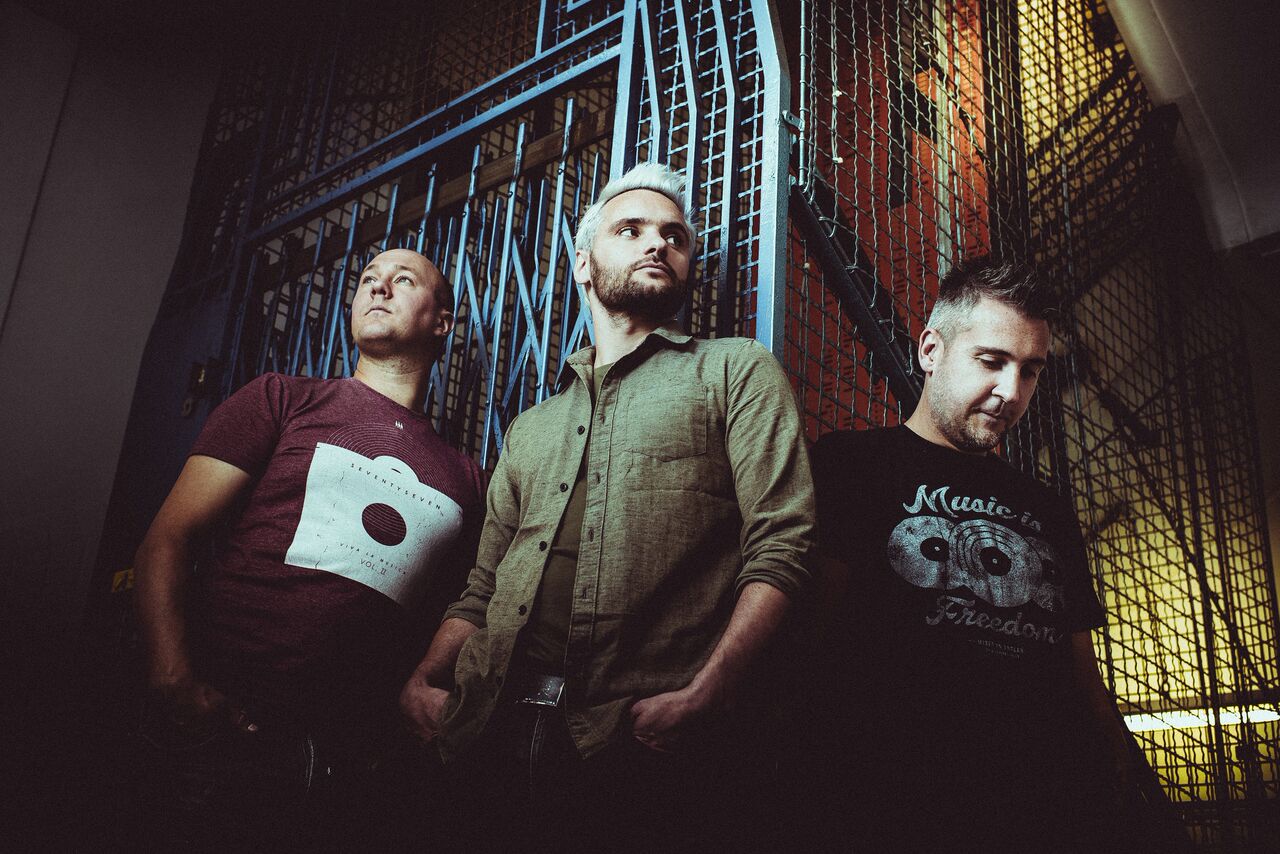 Shortly after the release of their latest album ‘Watching The World Come Undone‘, AltCorner caught up with Birmingham punk-rockers Templeton Pek to discuss the record’s social and political subject matter, ten years in the game and an upcoming UK tour.

How are you finding the response to ‘Watching The World Come Undone’?

We’re pretty blown away to be honest. The responses, reviews and feedback from our fellow peers has just been amazing. We put a lot of work into this record from writing, pre-production, arranging, re-writing, Davey’s (Warsop, producer) involvement to our individual performances and we wanted this record to be the reference point for our band. So far it’s seems like we have achieved that.

What were your main influences when putting the record together?

I don’t think there was a specific influence in particular, obviously the political climate had an influence there was so much going on to write about and be pissed off about… but the main factor was we were all on the same page from the start. We had our goal in mind and all inputs and ideas were open on the table to make the best record we could. Also we didn’t drink out in LA whilst working which is definitely new for us, but made us focus.

With a decade’s experience in writing, recording and touring under your belt, how does this release compare to your previous efforts?

I think we have taken the experience of our previous records, like working with great producers in decent studios, learning pre-production, knowing our gear and honed our craft through a decade of live performances with bands we admire too. All that along with Davey’s input who was exactly on our level of thinking added to the strength of the record. For me I specifically think the 5 days we spent as final pre-production were the most important, and we’d never done that in that much detail before.

The album’s very socially and politically charged. What would you like listeners to take from it?

Hopefully foremost is that they enjoy the record. It’s great to have a message and to have depth if people want to look for it, but if it doesn’t work on a music front it’s a fail. The main message throughout is it’s a time now more than ever to make your voice heard and take back control, if you are not happy in your lot do something, even something as little as actually using your vote makes a difference.

‘The Aftermath’ is the most recent single, why did you want to highlight that song and what can you tell us about it?

We liked this song as we named the album after the hook line of the chorus “Sit and watch the world just come undone”. Structurally there’s a lot going on but it boils down to simple melodies, direct lyrics, straight up guitars and a breakdown with poignant movie quote that is a good advert for the vibe of the whole album.

You’re taking the record out on the road throughout April, what can fans expect from these shows?

We’ve already road tested some new tracks but I think we would definitely like to play more, it’s a hard situation picking sets now as we have five albums and two EP’s to narrow down into a set and try and please everyone. But hopefully that’s a good thing that we find ourselves replacing what we considered strong songs a year ago.

Finally, what does the next year or so have in store for Templeton Pek?

In short touring as much as possible, we’re firm believers that the hard work starts the day you release the record not building up to it… so we’ll be looking to get back to cities we have been and visit new territories. It’s an exciting invigorating time for us.

For more on Templeton Pek, check out their official Facebook page. The new album ‘Watching The World Come Undone‘ is out now on Drakkar Entertainment.