Talking Charts, Retrograde and Touring With Crown The Empire!

Rising rock band Crown The Empire are a band who until recently, were on the cusp of major mainstream breakout success. Brand new album, Retrograde, has gone a long way to ensure the band reach their potential as the Rise Records’ issued album has topped both Rock and Hard Rock charts. As the band came to the end of their summer on Warped Tour, Emily Holden spoke with them about everything Retrograde… 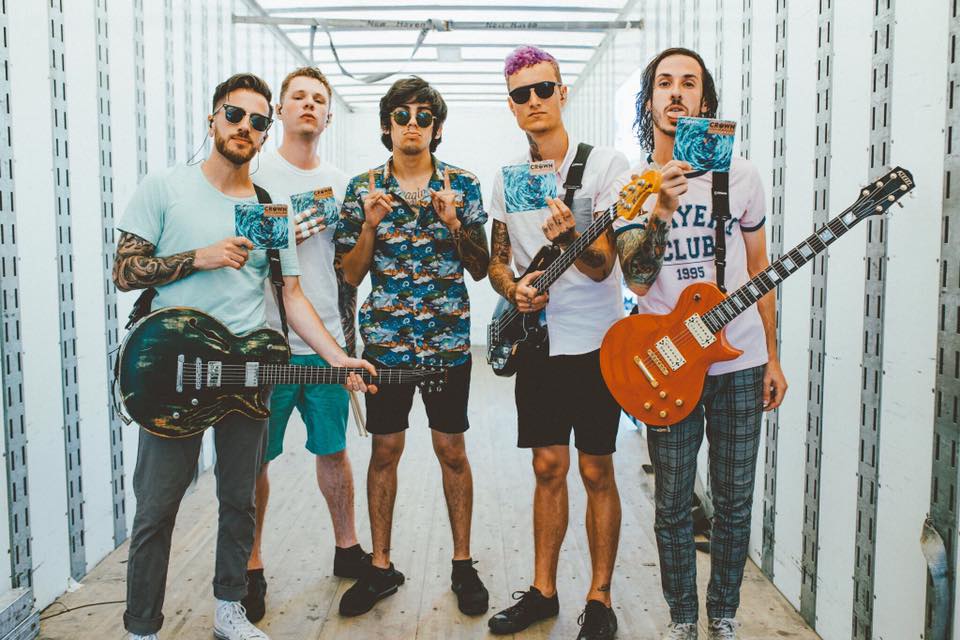 Rising rock band Crown The Empire are a band who until recently, were on the cusp of major mainstream breakout success. Brand new album, Retrograde, has gone a long way to ensure the band reach their potential as the Rise Records’ issued album has topped both Rock and Hard Rock charts. As the band came to the end of their summer on Warped Tour, Emily Holden spoke with them about everything Retrograde…

So, Crown The Empire…seeing as you have just released your new album ‘Retrograde’, how do you guys feel it has progressed you as a band ?

Retrograde been a huge step forward for us both as a band and as musicians. We focused our efforts to try and understand what kind of band we are and where we want to go with all of this. This album was a huge progression in all aspects of our band.

How does the ‘Retrograde’ compare to your other albums you have released such as ‘Limitless’ , ‘The Fallout’ and ‘The Rise of the Runaways’?

Retrograde is an all encompassing collection of what we think we did best on all of our albums, and really tried to project those things even louder but with less randomness. We also ditched the narrative concepts we’d been doing for a long time. This album is very close to us personally and the songs reflect that.

Out of all the songs on ‘Retrograde’ what song would you pick as being your favourite and why ?

Out of all the songs I’d have to say ‘Kaleidoscope’ is my favorite. It was the first experimental song of the album talking about how we felt as a band taking a risk with where we wars going. We’re all very happy with where we ended up.

As I have seen, you recently topped quite a few charts like being number one in the Top Rock Albums chart as well as claiming the top spot on Billboard’s Hard Rock Chart, how does that make you feel and is it a proud achievement as a band?

It was quite a shock seeing how many charts we were a part of and of course having the number one rock album in the country is something not everyone can say. Although we were all nervous with the release it makes us proud and honored to have the fans that made it possible.

How has your experience on Warped Tour been so far and has their been any crazy moments?

Warped Tour is coming to an end at the moment but I have to say it’s been one of the best summers of my life. There are a lot of crazy moments I know I shouldn’t mention, but one day this man on drugs took a shit in front of one of the stages and walked around the merchant areas with no bottoms on. Good times at Warped Tour.

As you gear up to support Of Mice and Men on their tour in October time…are you excited to be back in the UK and Europe again?

We’re absolutely excited to come back. Some of my favorite memories so far have been exploring new countries and meeting new people so I’m sure doing the same thing with amazing crowds and bands should be even better.

What is the best and sweetest thing a fan has ever done for you?

Life as a musician is never a sure thing, one day you’re on top of the world and the next everyone forgets. Many of our fans have tattooed our logo/lyrics on themselves so having that kind of support for life is the most touching thing anyone can do for someone.

If you could use one of your song titles to describe your journey as band what one would it be and why?

If I had to choose one it would have to be “Are you coming with me?” because we don’t know what this album could do for us but we’re inviting anyone to come be a part of it when we come through Europe.