Ryan Hamilton & The Traitors took some time out before their album launch party in London to talk with myself about the band, the album, and influences that got Ryan to where he is with the band. The Devil’s In The Detail album launch party is tonight here in London, are you excited for […] 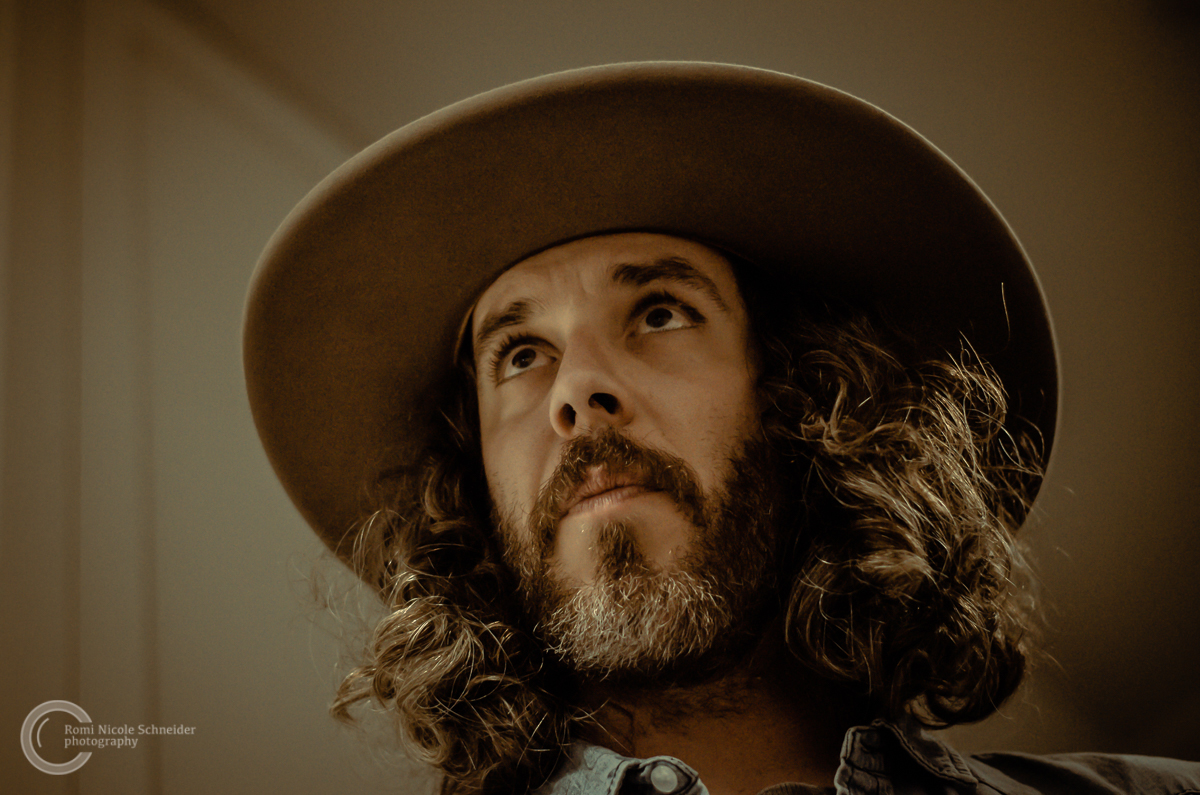 Ryan Hamilton & The Traitors took some time out before their album launch party in London to talk with myself about the band, the album, and influences that got Ryan to where he is with the band.

The Devil’s In The Detail album launch party is tonight here in London, are you excited for the release?

Yeah, it technically came out on Valentines Day, let’s call it a “soft release”, but yes, tonight is where we celebrate the release.

So a nice romantic way to go about the release?

Yeah, and you don’t get many bands releasing an album on a Tuesday these days!”

How about the recording process, did you enjoy making this album?

“I loved every minute of it, out in the middle of nowhere in Scotland… And I’m from Texas, that’s along way to go to record an album, but we had a great time, the guy who produced the album Dave Draper kind of kicked our ass the entire time in the best possible way, I don’t think I’ve ever been more proud of an album”

Can you describe the album in one word?

Can I describe it in one word?… GOOD

W: “What song are you most looking forward to for people to hear?”

Uhmm, my favourite song kind of changes all the time from it, the single that’s getting the radio play at the moment, Heavy Heart, I think that has been the biggest surprise for everybody, because we all thought we had other songs that would be our favourites, so I’m going to say that song because I have grown to LOVE it more than I thought I was going to. I’ve always liked it, but now I like it way more than I thought I was going to”

So who has been the inspiration for your music?

It’s all the people you’d probably think, Bob Dylan, Tom Petty, me and Mickey (Drummer) really like the 1975’s so we try and get some of that vibe in here and there. I like old 60’s / 70’s rock music, my band mates are a little more familiar with hair-metal than I am, there’s a heavier dose of rock and roll on this new record, and I credit them.

Imagine a song that you wish you’d written, which song would you chose? As I know you’re a huge Bob Dylan fan, I’m going to guess one of his tracks?

Well, So Bob Dylan, I like because of what he DID, the personality and the balls he had just to be like “I’m going to do this!” you know, he changed music forever. His songs lyrically are very intricate, and I appreciate him and love him he is an inspiration, his face is tattooed on my arm… I love him. My favourite songs are actually not Bob Dylan songs. A song I wish I had written, Top 3 to 5, Free Fallin by Tom Petty, uhmm let me think, this is super cheesy but it’s true, Champagne Supernova by Oasis, I just love that song, and just for Mickey I will say John Mellencamp, because we both love him uhmm… Oooh that’s tough, Pink Houses… Yeah

Okay, so I was wrong about Bob Dylan for a song, how about someone you wish you could collaborate / tour with, this time it’s got to be Bob?

“Yeah definitely, but only if I could time travel back to 1965 and tour with THAT Bob Dylan.”

“So what made you become a musician?”

“I’ve always loved music, I’ve grew up in a house that loves music. Rolling Stones, The Beatles, and my Mom dosed that with Styx (her favourite band) and she likes John Denver, so some really silly and fun stuff there. So it was instilled in me from a young age, but I got a really late start in this business, I didn’t even play guitar until I was in what you would call University, we would call College, So I was like 20 when I even started to think of writing a song. I don’t think I ever went “I want to be a musician” it kind of happened on accident, just woke up one day in College, hurt my back, it’s very un-rock&roll, I was sitting around a lot and I thought “Well, maybe I should learn how to play guitar!”

“Tonight’s show is in a Church, is that a first for you?”

“With the previous project, People On Vacation featuring Jaret (Bowling For Soup frontman) do you think that helped boost your fan base?”

“Yeah, that definitely started it all with my first trip to the UK, and I am forever grateful to Jaret for that and providing that opportunity, and it’s led to making a lot of friends here, that believe in our band and this thing we’ve got going on. So yeah, that definitely, definitely helped… Maybe we would of made it over here someday, one day, but it sped up that process which was nice because of how late I started in this business”

“So I know your wife is originally from the UK, do you think that one day that will lead to you guys relocating to the UK?”

“Yeah, she’s from Newcastle! We’ve talked about it before, but we have dogs, and I love dogs, I could never get rid of my dog. My wife has been in Newcastle… For…. ever, right? And it’s cold there, and it’s warm in Texas, she loves it and doesn’t want to leave the Texas sun. You know? I do wish someone could of presented me with a Geordie handbook? So I knew what I was getting into at the beginning, but I love it!”

“There is a lot of solo acts who have a band for instance, Frank Turner & The Sleeping Souls, Frank Carter & The Rattle Snakes… Ryan Hamilton & The Traitors? Who are The Traitors?”

“It’s essentially People On Vacation without Jaret, the same band, and with a piano player, so it’s a different sound, but we get to enjoy the chemistry we already had being in a band before. Mickey plays drums, Rob plays bass, I wouldn’t feel right playing with anyone else, we’ve been playing years together, yeah, this just feels like our band. Mickey gets upset when I introduced it as “my band” I’m reminded not to do that again (Mickey / Rob / Ryan laughing about the story). Where were we when that happened? The Ginger Wildheart tour, right?”

Mickey: “It was the first night of the tour and you said “and this is my band, The Traitors” (All laughed at the story some more)

“So now I make a point, OUR, this is OUR band. I just love this band, I really really do”

“What made you come up with the name ‘The Traitors’?”

“So Mickey and Rob did one tour with that name before, then the name was just sitting around. Then the new Star Wars movie came out, Force Awakens, and then there’s the whole traitor thing with the Stormtrooper who was supposed to be a bad guy, but he was the good guy, and it kind of resonated, so it fit, it sounded kind of cool, and we all love Star Wars, win win win”

“You originally asked Facebook for suggestions of the name, and decided not to use any of them, correct?”

“Hahaha, that is true, 100% true. I don’t wish having to name a band on anyone… EVER. Everyone has an idea of what they want but not everyone can agree. There were some great suggestions, but none of us could agree on the same great name, we kept coming back to ‘The Traitors’ the more we said it, the cooler it sounded, I think it’s like Stone Temple Pilots, terrible band name, but you say that enough it actually sounds cool, and now there’s an image and a sound that goes with that band.”

“Okay, well let’s wrap it up there, Ryan, thank you for your time and good luck with the show!”

“Thank you very much!”

Check out the latest single Heavy Heart below. The Devil’s In The Detail album is out now!