With the release of All At Your Mercy and Ultra music videos, we spoke to Anders C from Pleiades to find out what went on. 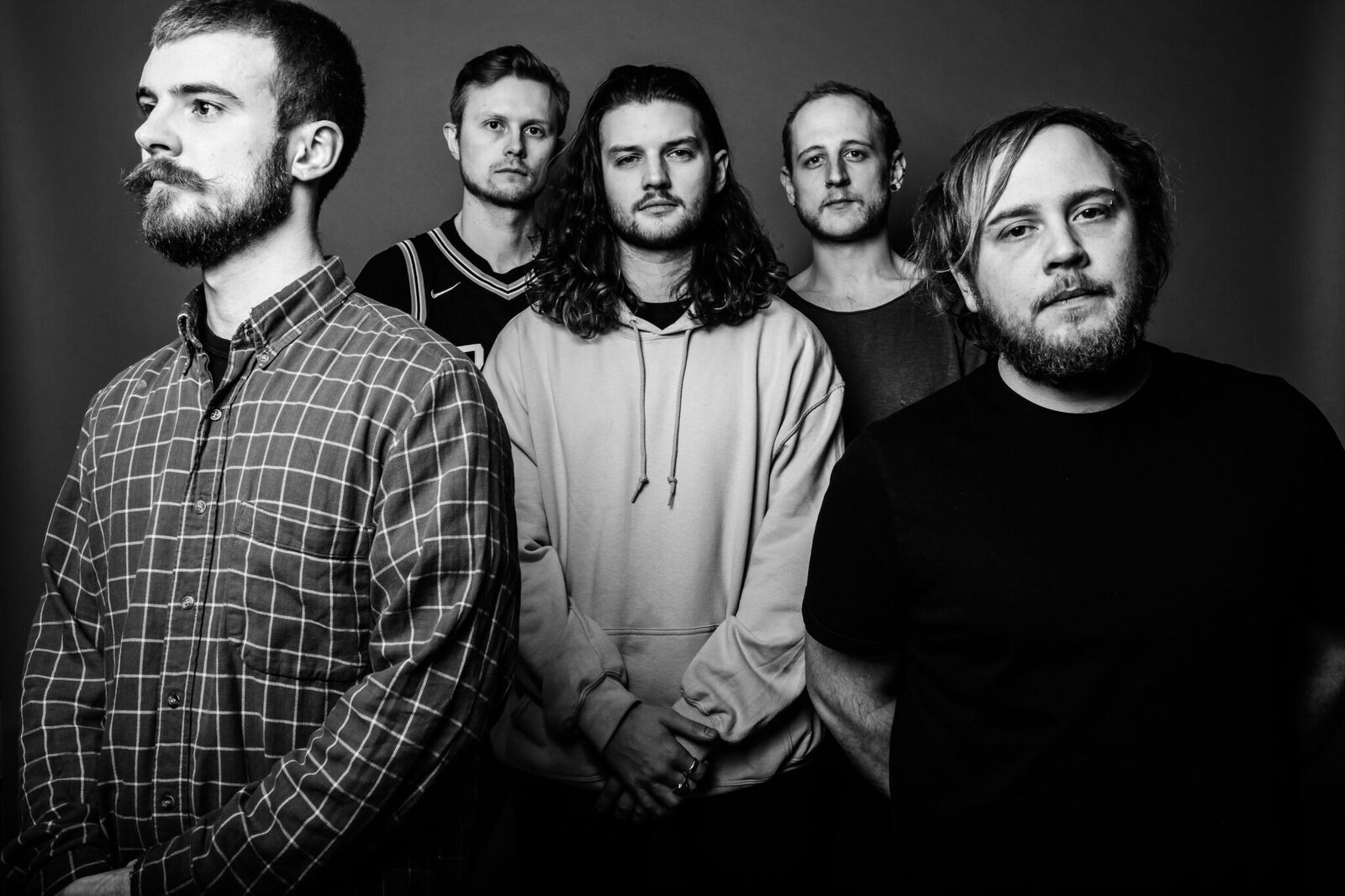 For ‘All At Your Mercy’ it was our first visual introduction to the world, so it had to be striking stylistically.

We came together with the idea of having high contrast effects running all the way through the video with a focus on an intense black and whites to get across the message of sacrifices and taking that initial step into the unknown.

Amenra was a big inspiration for me when going into ‘All At Your Mercy’ in the way they communicated bleak and morbid themes within their videos but still keep it captivating for 7-8 minutes.

The idea behind the video for ‘Ultra’ came from Karl Dixon (Director).

We’ve known Karl for a long time as a band and we trust him entirely.

He wanted a traditional band performance video blended with film burns and geometric designs to create abstract patterns, and to then project them around us to create a claustrophobic visual.

‘All At Your Mercy’ was a day of capturing the band performance and a day with me and the director (Gaz Davies) scoping out locations.

So we spent our time in Malham Cove for the majority of it to document a journey towards sacrifice and capture the visuals that would further the narrative.

Gaz was great to work with and made it very easy to realise any visions and ideas I had.

When it came to the climax of the video we spent a lot of time crafting the shots to create as much tension as possible.

We had a couple of near falls in the rivers so Gaz had different angles to use and he was great at capturing the genuine fear on my face of freezing cold water.

He was immediately on hand when I had to take the plunge into the river in March.

‘Ultra’ was a very different experience.

It was an entire production team at the Guildhall school of music and drama trying hundreds of different effects and projections as we were playing, then going back and seeing which we preferred and what was most effective.

We discussed how we could subtly link it to Grenfell, so we used hollow and gaunt structures to suggest buildings and architecture, video projected debris as well a little haze.

It felt more like being on the set for a movie with 4k Cameras moving around you at all times but we were very fortunate to have Karl for this video and he executed the vision he had for it flawlessly.

Are you planning to release any more music videos from the new ‘All At Your Mercy’ EP?

We’re going to gauge the response these two videos and further into the EP’s release cycle we may release one more.

We’re excited to get out and play it for people so a video showcasing what a ‘Pleiades’ live show consists of is something we’re working on.

What was the writing and recording process for the EP like?

The message I’ve wanted to communicate with the EP is the sacrifice it takes and you’re constantly taking leaps of faith to get the most satisfying outcome.

The writing process for us was very much that experience.

You realise how much you want it and how uncomfortable you’re willing to make yourself when personal relationships fall apart and physical health takes a hit, just so you can have that extra writing session or extra sleepless night working on an idea.

The recording process was amazing, it was our second EP but the first time it felt like a serious endeavour; Joe Clayton (PIJN) is a super professional and super smart guy and made us feel comfortable and observed us but didn’t just sit back and record.

Every idea he brought to the table was great and helped enhanced and connect everything together on the EP. We hope we get to work together again.

Who would you say your main influences are?

Glassjaw and Letlive have played the biggest part in my influences. They convinced me that music and becoming a musician was a passion worth pursuing.

Along the way, Mewithoutyou and Amenra have influenced me, as I’ve got a little older.

They all have their own unique element that kept me coming back. I’ve seen them all live individually and they have all had an influence on my live performance too… I’m excited to see how that manifests itself in the future.

How would you describe ‘Pleiades’ to someone who has never heard you before?

At its root, Post-Metal.

I describe that as the foundations with some letlive intensity, especially live.

I think I’ve described it entirely different every time I’ve been asked to explain it and as the band progresses the identity of ‘Pleiades’ may become clearer but for now… it’s a blend of Post-Metal and Post-Hardcore.

Have you got any plans to play any festivals or gigs this summer? If so, where?

We have a lot in the works at the minute, We’ve just had a couple of amazing shows with Pagan down south so we’re excited to keep the momentum going so watch this space.