With Their Upcoming Tour With Wonder Years Fast Approaching, Here At Alt Corner, We Took Some Time Out With Trash Boat To See What The St. Albans Outfit Have To Come Next… 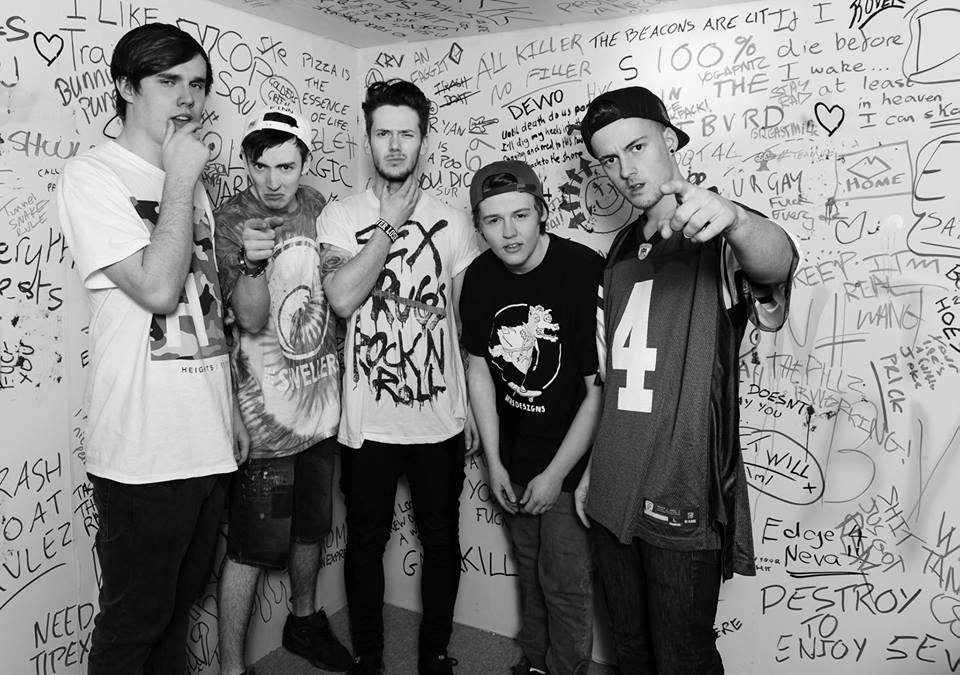 It is a well known fact, among those who know it, that Trash Boat are one of the coolest and most exciting bands on the current UK alternative scene, with debut album ‘Nothing I Write You Can Change What You’ve Been Through‘ only going to cement that very claim. It’s gritty, bittersweet and comes with no ribbons attached, raw to the point of bloody, in all the right ways.
So with a UK tour supporting Wonder Years coming in over the horizon, we took the guys aside from their busy schedule to get some more details on what’s to come…

First things first, Trash Boat. Where does a name like that come from?

The name comes from a cartoon called Regular Show.

Your up-coming tour supporting Wonder Years is fast approaching, with an all star line-up of the new wave of modern pop-punk. With such a line-up, is there a feeling to play up to what could be expected from fans or is it a better idea to stick to the guns and show how different each outfit is?

The line-up is insane, I can’t wait to share a stage with all of them. As far as the set goes we’re just going to keep up our vibe like we always do. All of the bands fit seamlessly on the line-up but we each have something different to offer, so it’s going to be mad.

Can attendees expect any surprises from your sets on the next tour or is it business at camp Trash Boat?

Answering that could spoil any surprises we might have!

There seems to have been a sudden uprising in the popularity of Emo within the last couple of years, being blended in with the more mature re-invention of pop-punk music, often tackling more mature themes and topics, is the time of songs about drinking beer, getting out of your hometown and always being able to rely on your friends coming to an end? Or are these just two branches of the same path?

People are going to write about whatever they want based on what feels natural. There will always be songs about booze, partners, friends high school and all the classics, but it’s not the style that seems most natural to me. My writing is self-reflective and cathartic, but there will be as many branches of song writing as there are musicians to write them.

So, once the next leg of live shows are out of the way, what comes next?

We have a big announcement coming later this month and a bunch of things over the summer that have been booked already, you’ll have to keep an eye out for them, as I can’t be dropping hints!

Touring can often be claustrophobic and it’s only when on the road that you discover some secret annoying habits your band mates have. Who would you say is the member with the most annoying tour habits? Do you have a chronic snorer or similar?

James (bass) both sleep walks and sleep talks, he has woken up screaming while we have all been asleep in the van a few times and has even yanked on the steering wheel while asleep in the front with me driving before. Nightmare.

What advice would you have for up and coming bands ready to hit the tarmac to get out and do shows further afield? Are there some survival tips you could pass on?

The advice I would give seems simple but it’s easy to forget. Food. Make sure you get a solid breakfast because that seems to be the meal everyone just leaves because they want to sleep in and wake up 5 minutes before the drive, invest in good breakfast stuff. Put aside money to eat well for the whole tour as that is the difference between feeling like shit and killing it, guys who go in thinking they can crack on and eat sparingly will suffer. For any vocalists it’s the simplest thing ever, water, more of it than you think, all these vocal pastels and teas and stuff are all cool but nothing will be as good as having a huge bottle of water with you that you just chug all day. Stash those spare rider waters, keep drinking.