Brad recently caught up with the band to chat about the new record and how it has been coined as a ‘sequel to Grand Unification’, what five artists inspired their sound and why they went on hiatus. 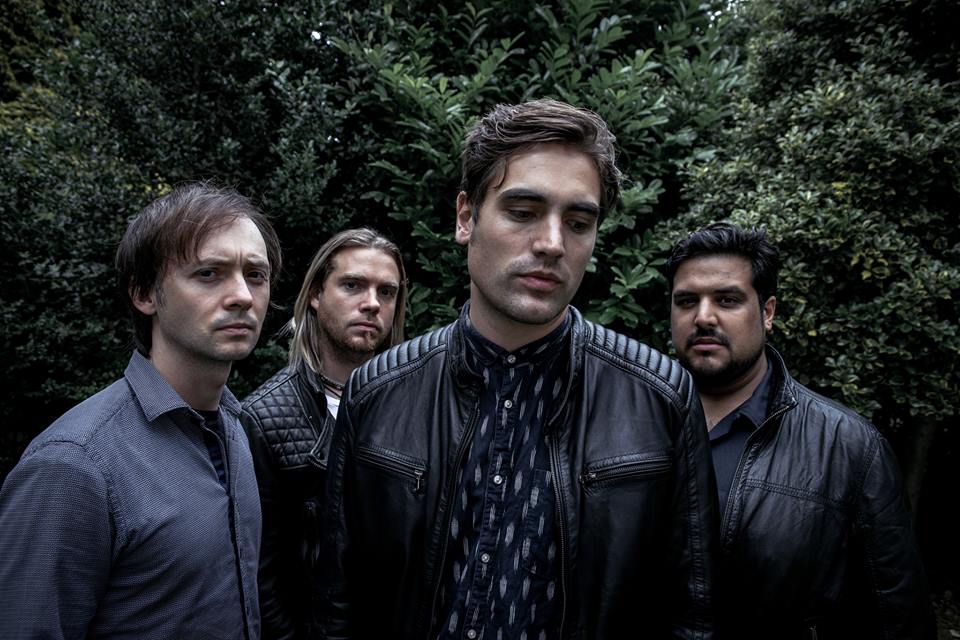 Fightstar have recently returned with their fantastic album ‘Behind The Devil’s Back’ after a long absence. We absolutely loved their new record and you can find out why here. Brad recently caught up with the band to chat about the new record and how it has been coined as a ‘sequel to Grand Unification’, what five artists inspired their sound and why they went on hiatus.

Now, let me just say it is a massive pleasure to be speaking to you today! Let’s start from the start with your debut album ‘Grand Unification’…what a record that was! How does it feel to look back on that now?

I am hugely proud of Grand Uni. That record was make or break for us. We learnt a huge amount from our producer Colin Richardson, he did a great job. I think it’s most fans favourite Fightstar record.

‘Open Your Eyes’ was one of my favourite tracks on that record and I have always wondered about the origin of this song. So, what was it about?

Open your Eyes was one of the last songs we wrote for the album. The album has a concept that ties the stories of each song together. Basically a couple witness the apocalypse. Only one of them survives. She has the job of helping to rebuild humanity. Open your eyes sits at the moment of her waking up to discover the desolation.

You made a mighty return with the releases of ‘Animal’ and ‘Sharp Tongue’ what made you choose to put them out first as opposed to other tracks on the record?

I think that we thought that Animal felt pretty ‘Fightstar’. A good bridge between the old and new tracks. Sharp tongue was just the next song to get finished.

You’ve stated before that ‘Behind the Devil’s Back’ is almost a part two of ‘Grand Unification’, what did you mean by this? is it reflecting on coming full circle?

I think that it has a similar feel to Grand Uni. The Artwork by Daniel Conway also ties them together.

When you guys went on hiatus back in 2010, it seemed to be a quite sudden decision from the fans’ point of view, were there times where it seemed like reuniting was out of the question?

It probably was quite a sudden decision. I think we were all pretty burned out by making 3 albums on the trot and didn’t feel we had it in us to make another album. We felt if we did it wouldn’t be pushing the band forward. If you don’t approach making a record believing that it’s going the be the best thing you have ever made, I think you need to step back a regain some perspective.

We all have multiple projects in our lives; Charlie has his solo stuff, Dan and I have a production company and music project called Gunship…And Omar does music production and management. So we all lead super busy lives. It was a matter of time before our calendars allowed us to focus some time back on Fightstar.

Because your sound combines so many different styles varying from post-hardcore to metal all the way back to acoustic and even orchestral sequences, I can imagine the creation process for your music is very open-minded?

There are no boundaries to our influences, the ruling factor is that if we feel it or not.

What five artists really influenced Fightstar when you first formed?

Since 2015 has been a great year for music, what artists are you really enjoying right now?

I think that BMTH are really holding the flag for British metal at the moment.

We work with a lot of upcoming artists, and being well-experienced and highly successful yourselves, what advice would you give to bands just starting out?

You have to get all of the way out of bed.

Lastly, we always end our interviews with some silly and/or random questions so are you ready?!

1) which do you prefer; crowd surfing, mosh pits, circle pits or wall of deaths?

2) Name a song you love but you really shouldn’t?

3)Which high school memory has influenced your music the most?

Replacing my cricket bat with a skateboard.

4) If you were a box of cereal what would you be and why?

Cheerios. My boy loves those.