FIGHTSTAR – Behind The Devil’s Back

With their first album since 2009, Fightstar have returned. ‘Behind The Devil’s Back’ is due to be released on the 16th of October and marks a new beginning for the band, which Charlie Simpson hopes “the fans will love” as much as the group themselves do. 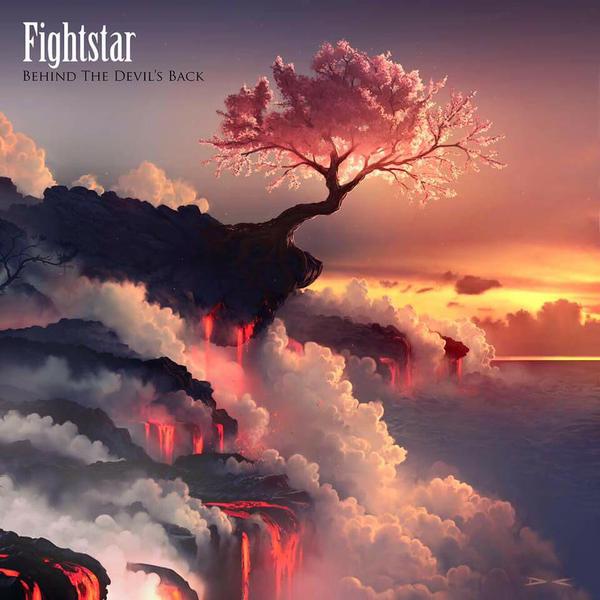 With their first album since 2009, Fightstar have returned. ‘Behind The Devil’s Back’ is due to be released on the 16th of October and marks a new beginning for the band, which Charlie Simpson hopes “the fans will love” as much as the group themselves do. Compared to their previous work, this seems more personal – incorporating slow, emotional lyrics and lighter melodies whilst still maintaining that raw power that hits you when you least expect it.

The start of the first track ‘Sharp Tongue’ is relatively heavy and so the calm, clean vocals come as some surprise. However, the sudden changes in volume and the introduction of angry screams ensure that it is impossible to lose interest. ‘Murder All Over’ is equally intriguing, yet a complete contrast to the previous song. It has a gentle and almost ethereal quality to its opening, later to be interspersed with strongly bass influenced sections. The use of harmonies in the chorus is especially effective, reinforcing the theme of companionship and protection within the lyrics. Next comes the title track: ‘Behind The Devil’s Back’. It is quite dark, containing riffs and screams that would more often be associated with breakdowns, yet which fit remarkably well with the high, harmonised vocals. As ‘The Blackest of Birds’ plays, there is a notable change as the mood seems to fluctuate between utmost sadness and rage. It could be argued that the track listing seems confused as that which follows (‘Overdrive’) is far more upbeat and flowing – however, I feel that the inclusion of short bursts of a heavy riff throughout the afore mentioned song manage to prevent this.

‘More Human Than Human’ begins the second half of the album, standing out with a relaxed melody that is more reminiscent of the classic rock of previous eras. It leaves a lasting effect with the listener and has the potential to be amazing live. Following on from this is ‘Animal’, introducing immediate metal growls to capture the attention. Despite having slightly repetitive lyrics, the strong vocal performance more than makes up for it. Another track with great promise is ‘Titan’, varying between clear to raspy vocals and aggressive screams. Jumping between these styles works unexpectedly well, with Fightstar succeeding in displaying the wide vocal ranges present without over complicating the song. ‘Sink With The Snakes’ continues on smoothly from the instrumental end to ‘Titan’, with the vicious delivery of many lyrics seeming to hide a more private meaning. This becomes especially apparent in it’s last third, which is clearly worthy of moshing to! The album’s final track is ‘Dive’, lifting the mood and offering a more calming influence before building up to end on a high that leaves the listener wanting more.

Although each song is almost completely unique, there is a surprisingly natural transition from one to the next which gives a fresh new feel, proving that Fightstar have not been left behind after their break. In my opinion, this album could indeed be the start of something on a far larger scale than the band have before experienced and I would recommend it to fans of musicians such as While She Sleeps, Deaf Havana and Mallory Knox in particular. For me, the stand out tracks were ‘Murder All Over’, ‘More Human Than Human’ and ‘Sink With The Snakes’ -the video of the latter having already been released. Overall, I can find very little wrong with ‘Behind The Devil’s Back’, I cannot really put it any plainer than: “BUY THIS ALBUM!” I am certainly going to!