Ahead of their headlining slot on the Avalanche Stage at Download 2017, we caught up with Justin Hills and Jack Fowler, bassist and guitarist respectively of Sleeping With Sirens to talk Download, System Of A Down and the Rise Against tour that was announced just after the interview took place. You’re at Download! Are you […] 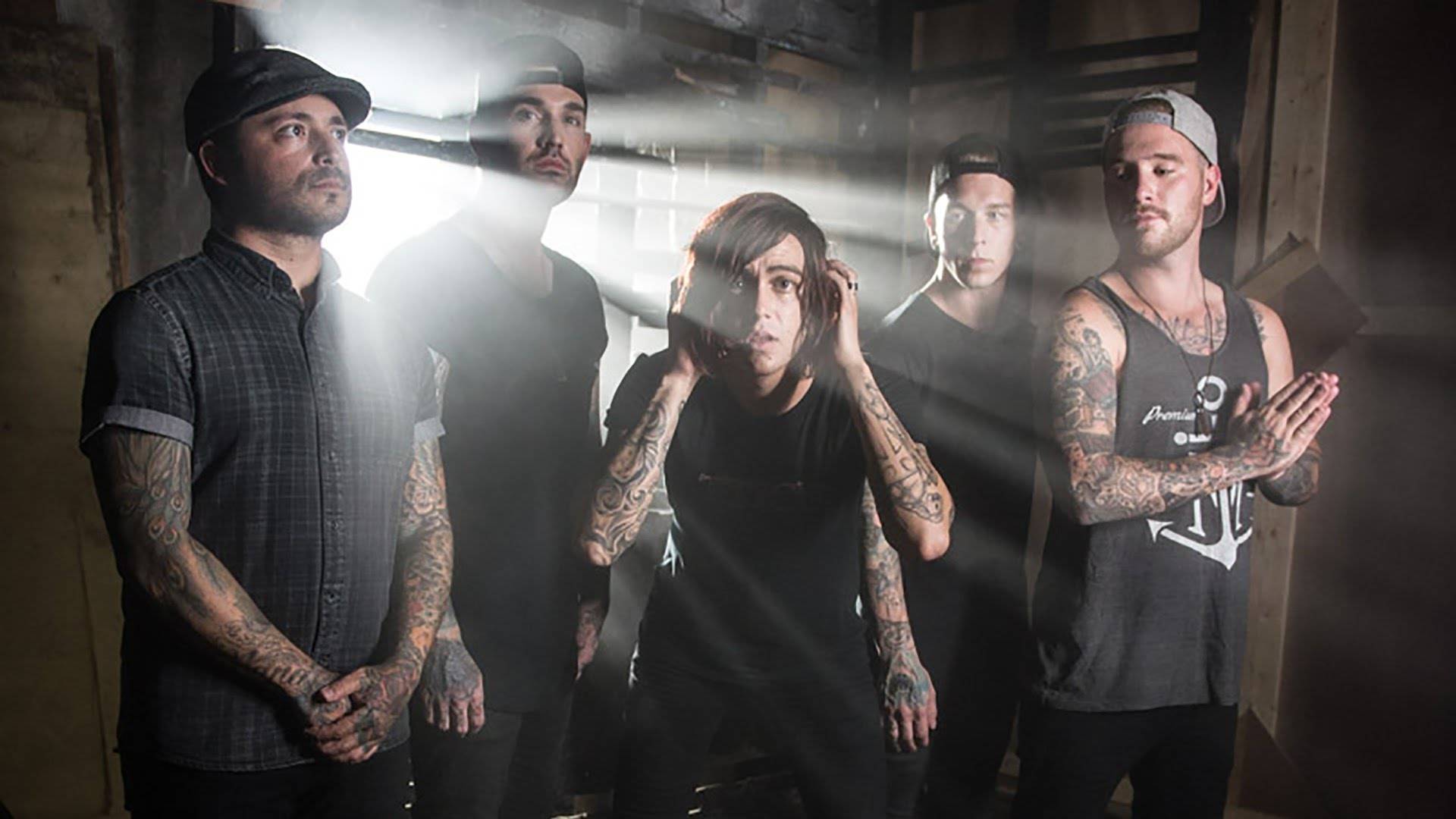 Ahead of their headlining slot on the Avalanche Stage at Download 2017, we caught up with Justin Hills and Jack Fowler, bassist and guitarist respectively of Sleeping With Sirens to talk Download, System Of A Down and the Rise Against tour that was announced just after the interview took place.

Justin: Yes! I’m fucking so stoked to be here!

Jack: This is our first time playing and we’re very excited to be a part of the festival and I’m excited to see System Of A Down!

You just answered the next question!

Jack: Hit me with it!

Well it was who are you looking forward to seeing so you already answered Jack!

Justin: Jack’s so excited to see System Of A Down!

Jack: I am very excited! If they play Prison Song first, I am not liable for the next three and a half minutes of my life!

Justin: He’s gonna explode! He’s gonna punch himself straight in the face! I’m looking forward to going to sleep, you know I had a really long day already. I got here late, at about 1pm, slept in and then I woke up, grabbed some food and now I’m getting tired you know? So I’m excited to sleep! I’m just kidding! I’m excited to see System of A Down as well. We’ve been waiting for this to happen, everybody in the band kinda grew up on them so we’re all pretty excited.

Do you have any plans to come back over for a UK tour?

Jack: We actually do!

Justin: We announce it next week! So by the time this comes out…

Jack: When is it going out?

Sometime in the next couple of weeks, not before next week though!

Justin: So yes! We are coming back over and you can check it out on https://sleepingwithsirens.net

Jack: We aren’t headlining. We are supporting someone really fucking awesome!

It must be someone really awesome if you guys are a support band for it!

Justin: We’re really excited about that to!

Jack: Spoiler alert! When we play here with who we’re playing with, we’ll be playing Brixton Academy so it’s awesome!

Are you playing in Wales? That’s a question I want to know the answer to!

Justin: We don’t have sex with animals but we probably are going to Wales. I can look at the dates right now that you guys can’t see.

Jack: We are supporting a band that we’ve listened to for years.

Can you tell us who it is? It’s not going to go out before you announce it!

Jack: I think it gets announced today, or next Friday. Is it next Friday?

This won’t be out until after next Friday anyway!

Jack: Are you sure?

Justin: If it gets out we’ll be in so much trouble! (Jack refuses to say on record although it is public knowledge now that it’s Rise Against)

Oh wow! That is a big tour! You released Madness in 2015, do you have any plans for a follow-up?

Justin: It was a long-ass time!

Jack: We are done recording! It is something very special to all of us it’s the most different and branched out our album has ever been. We definitely took a lot of risks on this one but we’re very excited for it.

That’s awesome! We’ve been told we need to hurry up so they’ve announced a new Punk Goes Pop record and you did a cover on a previous Punk Goes record. So if you had to cover a current chart song, what would it be?

Justin: I Can’t Feel My Face by The Weeknd. I’m just kidding! That one’s already been done!

Jack: I don’t know if I’d cover any pop songs on the radio right now because I think our new stuff shits on it.

Jack: I do like modern pop, I do but I just can’t think of any at this moment that I would really listen to!

Fair enough. If you could flip the switch and have any artist cover one Sleeping With Sirens song, who would it be and what song?

Justin: Bob Marley! I’d want him to cover James Dean the reggae version that we play! So I could go out there and just smoke weed with him and just vibe.

Jack: See I was going to say I’d want Shaggy to cover the reggae version.

That’s good! Finally, is there anything you want to say to our readers?

Justin: Be ready for this new year!

Jack: Be ready for the new year and new Sleeping With Sirens a new band, a new us and actually read, just don’t stare at the pages!

Justin: And stop bringing your phones out to shows and holding them up and watching through the screen, it’s always so much cooler when you use your own eyes and watch the show and just live in the moment!