We caught up with Pierce The Veil’s bassist Jaime Precaido and guitarist Tony Perry ahead of their set at Download 2017 to talk creating a Download line up, touring and tattoos; It’s your first time at Download! Are you excited to be here? Tony: Yeah definitely! Jaime: Absolutely! This is one of the UK’s most […] 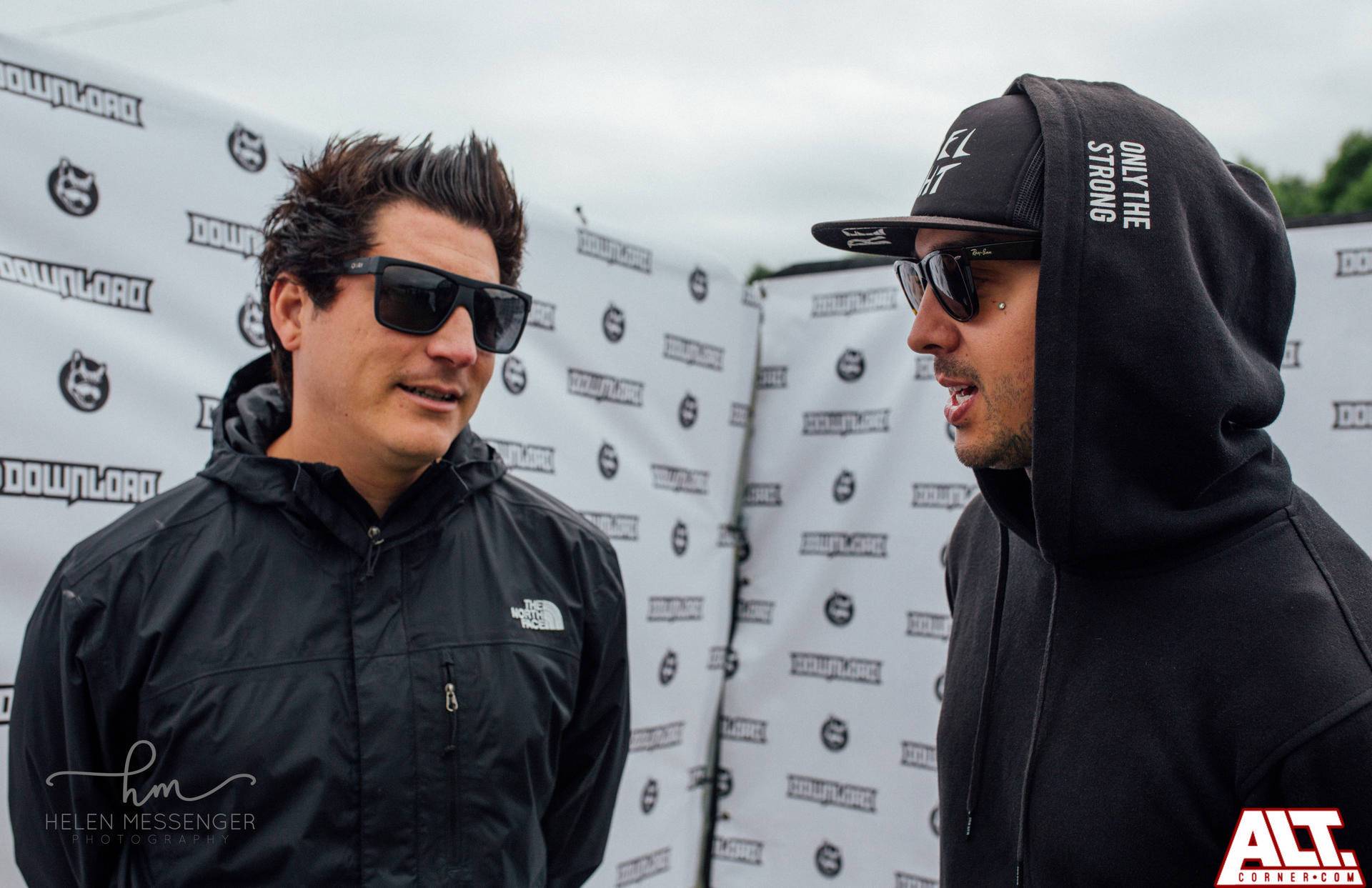 We caught up with Pierce The Veil’s bassist Jaime Precaido and guitarist Tony Perry ahead of their set at Download 2017 to talk creating a Download line up, touring and tattoos;

It’s your first time at Download! Are you excited to be here?

Jaime: Absolutely! This is one of the UK’s most iconic festivals! I have good memories of watching bands play here. One of my favourite ones was when I saw Slipknot on DVD playing Download. I had no idea what Download was but man that’s insane! So being able to be in the same place is pretty awesome! We’re happy to be here!

Is there anybody you want to see when you’re here?

Jaime: Yeah, AFI are playing after us I believe, we have our friends in A Day To Remember.

Jaime: Simple Plan. A bunch of our friends are here you know which is always good! Obviously we wish we could stay for all three days and catch everybody but when you’re travelling you can only kinda get so much.

That’s fair. You’re playing on main stage so if you had to put together a main stage line-up for Download, who would you pick?

Tony: Put Slipknot back on there.

Jaime: Put Slipknot back on it, probably put Papa Roach cause they’re good.

Jaime: Thrice. Obviously us cause it’s our question!

Tony: Yeah but we’ll put ourselves on early so we can go watch everybody!

Jaime: And it would be the one day we’ve done without press so we can just be in the crowd and we’ll wear masks. It’ll be great! What a line-up! What a day!

That would be a good one! You toured the UK back in November, how was that for you?

Jaime: It was good, we were with Letlive and Creeper. We just actually saw Creeper. It was awesome, they’re super good! That was a great tour! That was actually the last I think Letlive did. Rest in peace. I had a good time! It feels so crazy because it feels like we were just here. We’re back again!

Do you have any plans to come back already? Because everyone over here loves you.

Tony: Eventually, we have nothing lined up right now.

Jaime: Yeah, the fact that we’ve come here twice in almost a year is pretty wild for us with travelling and stuff but we’re always happy to come back here. The shows are awesome and being a part of this kinda stuff is really fun for us.

That’s great. You released Misadventures last year after a long, but well worth wait. Are there any plans for a new record or are you just focusing on touring Misadventures?

Jaime: Yeah, there always are plans. I think we are just focusing on this last leg of the tour.

Tony: We still got a lot of touring on this record but eventually we’ll start writing again.

Jaime: We’re always thinking about it.

That’s cool. A couple of years ago you did Just The Way You Are for Punk Goes Pop. There’s a new volume coming out soon so if you were going to cover a current pop song, what would it be?

Tony: What’s on the charts?

You probably could to be fair! We’ll flip the switch and if you could have any artist cover one Pierce The Veil song, who would you pick and what would they cover?

Jaime: Some super gnarly metal band. I would love to see Slipknot

Tony: Barenaked Ladies because they play super fast. I wanna see what they would do to one of our songs!

Jaime: That would be awesome! Barenaked Ladies does Texas Is Forever just super fast, that would be insane! That’s a good one!

Jaime: Yeah, we’re gonna finish this tour out here in Europe and the UK, finish it off, go home.

Tony: We have the APMAs.

Jaime: We have the APMA awards and a festival in Quebec, Canada then we’re doing a fall tour supporting Rise Against and some other things sprinkled in there but we’re busy!

Nice! We always end with some random questions; if you could bring one person back to life, who would you pick?

Jaime: I thought you’d have said somebody from like Misfits, Danzig or something?

Jaime: They’re all alive. That makes sense okay. That’s how good I am with that…

Jaime: How many tattoos do I have? I have my whole arm done, so let’s say six big tattoos. Actually I’d say this one (points to behind his ear), this one’s my favourite because it was supposed to be the tiniest little Mickey, like really small and the lady that did it made it so big but it’s cool. I like it! My little Mickey Mouse guy, he’s right there with me all the time!

That’s cool! Finally is there anything you want to say to our readers?

Jaime: We’re Pierce The Veil, we’re playing our very first Download festival in the UK and also we have a record out. Misadventures is out now, go pick it up and we’ll see you soon!