Decade on their new album and upcoming tour

Decade have just released ‘Pleasantries‘, the follow up to their 2014 debut, ‘Good Luck’, and it’s a wonderful album that’s definitely worth a listen. We caught up with Alex a day before ‘Pleasantries’ release, to ask him about the album, how he’s feeling about it, their tour, and plans for the summer. Your album is already […] 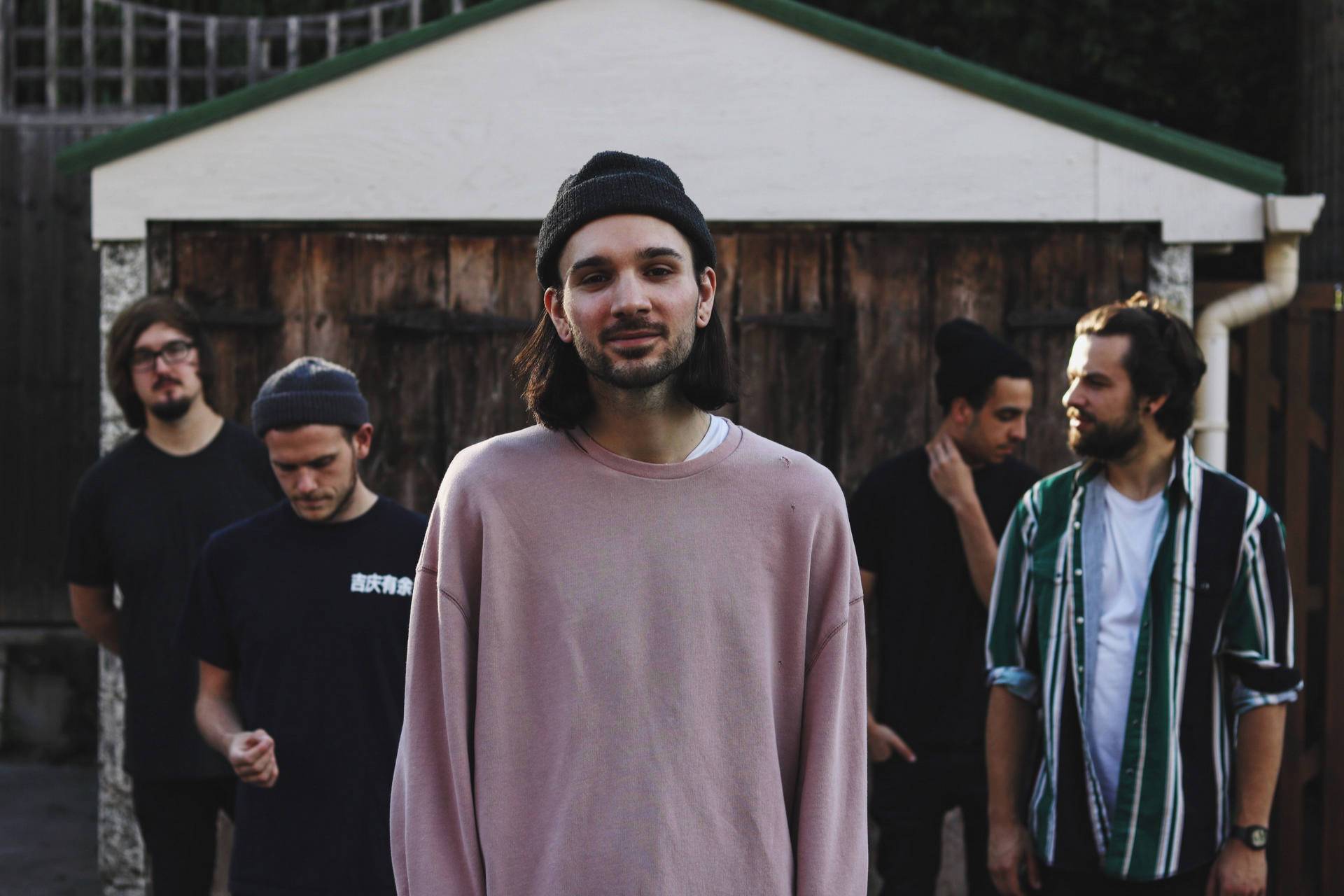 Decade have just released ‘Pleasantries‘, the follow up to their 2014 debut, ‘Good Luck’, and it’s a wonderful album that’s definitely worth a listen. We caught up with Alex a day before ‘Pleasantries’ release, to ask him about the album, how he’s feeling about it, their tour, and plans for the summer.

Your album is already doing really well, and it’s getting really positive reviews, what does that mean to you guys?

It means everything to us. I’ve said it a few times before, but we’ve been sat on this album for over 18 months, and we’ve put out songs here and there, but to actually see the release date and for it to be in place its crazy. To have people receive it so well after we’ve been waiting for so long, to see what the reaction would be is amazing, for sure.

How are you feeling about the release of the album?

I mean, it’s so hard to know what to expect, especially because the album sounds so different to our previous album, ‘Good Luck’. Now that we know that people are into it, I feel a lot more excited about it. I definitely was excited before, but I also has quite a lot of apprehension, because I was just unsure about how people would receive it, but like you said, it’s all been really positive so far, so that’s really cool.

Are you excited about your upcoming tour?

Yeah, I mean again, we recorded 18 months ago, but we’ve been playing a lot of the songs live on tour. Last year we did a headline tour and we were playing pretty much all new stuff, and by that point only ‘Daisy May’ was out. So, we were playing essentially a whole set of new songs that nobody knew. The record is out tomorrow, and then we’re going on tour basically next week, so hopefully by that point, people will know the songs and that’ll bring a new sort of energy to the live shows.

It’s not like we don’t enjoy playing the new songs, but when people aren’t really responding to them because they don’t know them, it can hold you back a little bit. You feel a bit nervous on stage, and you don’t feel like you can fully relax, because you feel like in a way people are kind of judging you. People will actually know the songs now.

What made you go for a different sound this album, compared to your debut, ‘Good Luck’?

We just really didn’t want to make the same thing twice. For me personally, as a songwriter, I’ve always tried to push my song writing in different directions. It keeps you on your toes, and it stops you from getting bored on tour, playing the same songs every night. If you release the same album again and again, you’re essentially just playing the same thing again and again. For me personally it gets boring, and I would like to challenge myself and push my song writing to new realms and stuff, otherwise, creatively you just get bored.

I understand that that works for some bands, and it can be quite a risk changing your sound, because you don’t know how the fans are going to take it. But, at the end of the day, you do have to play these songs every night when you’re on tour, and if you’re not enjoying it, and if you’re not writing for the right reasons, if you’re kind of just writing things because you know that the formula works, and you keep writing the same music, I just don’t think it’s the right reason to write music. I just think you should always try and keep it fresh and try and challenge yourself.

I fully appreciate that fans get into a band for a certain sound they made at a certain time, which is great, but a real fan of music would not expect a band to have the same style forever. It just doesn’t happen that way.

Who were your main influences when you were writing this album?

That’s a really good question, actually. When I was doing the bulk of the writing, I was listening to a lot of brit-pop. A lot of Oasis, and a lot of Blur. But then I’ve always been a huge grunge fan, and you can definitely hear that in the songs on ‘Good Luck’, as well as on the new album. I was listening to more guitar bands, as well. Like I was listening a lot to Queens of the Stone Age, and stuff like that. You know, bands that really push the boundaries of the guitar, and the sounds you can make with them, and also the chord progressions that they as well. Especially Queens of the Stone Age. They’ll take a chord progression that’s really unusual, and they’ll put something that’s incredibly melodic over the top, and I just think that that is always something that I’ve aspired to do. So yeah, just a mixture of brit-pop and grunge. Just sort of blending the two together, but also not trying to be too strict with it, and writing what kind of feels right.

Aside from the tour, are you playing any other shows or festivals in the summer?

Pretty much as soon as we get back off the headline tour, we’ve got about 2 weeks off and then we’re heading back out around Europe with Counterfeit, and Tigress to do a 22 date tour across Europe to support Counterfeit releasing their new album. But, other than that, we’re hoping to a couple of festivals this summer, but at the minute it’s kind of just all up in the air.

If you could play any festival this summer, which would you choose?

I guess anyone would say Reading and Leeds or Glastonbury, but looking at the line-ups for this year, I would be inclined to say 2000 Trees because the line-up is just insane. It seems like the kind of line-up that would kind of suit our direction as well. I feel like we would slot in nicely. So, if you’re booking for 2000 Trees and you’re reading this interview, drop us an email, would ya?

Out of all the places you’ve played shows, where has been your favourite?

I do love a good hometown show. We’re from Bath so there’s only like two venues here that would be suitable for a band of our size, one of them being Moles. We’ve done a couple of shows in Moles, and we’ve had our friends and family come and watch us. Because we don’t really play hometown shows much, our family don’t really get to come and see us play very often. It could be a couple of years from show to show with our family seeing us. But obviously it’s nice to play hometown shows.

I don’t want to upset all the UK fans because it’s not their fault at all, but as a band, you get treated really well if you play in mainland Europe, specifically Germany. The promoters there are just so good to bands and they treat them so really well.  They always buy loads of food, and loads of drinks and stuff like that. So that’s not a reflection of UK fans, that’s more so a reflection of UK promoters, I guess. But I just can’t wait to get back on tour really, it’s been almost a year, so any shows at this point would be great.