Dead Winter were Born in Blackpool in 2011, the hard-working four piece have had worked diligently to develop their formidable sound. Read their answer to the A-Z Questionnaire here! 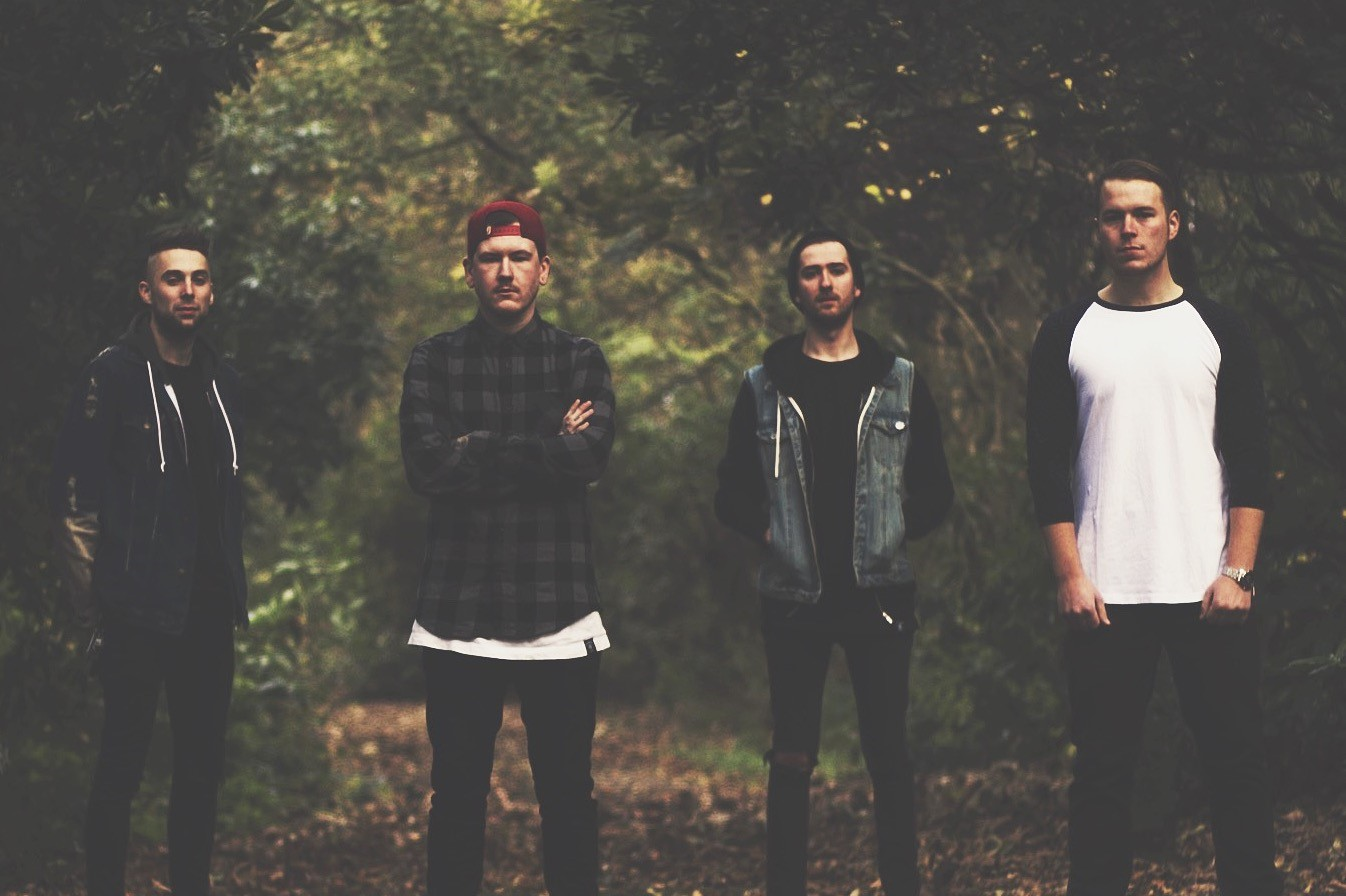 Dead Winter were Born in Blackpool in 2011, the hard-working four piece have had worked diligently to develop their formidable sound. Dead Winter started life brightly and picked up national praise and high acclaim for their debut EP ‘Erasing Glaciers‘, which was produced by Romesh Dodangoda (Funeral for A Friend, Twin Atlantic). The record received solid praise from Rock Sound, Powerplay and Big Cheese Magazine, as well as rampant support from many established online publications. However, the core of the group wanted to evolve and progressive to greater heights, and in the passing, they had to shed members while battling against the usual internal strains and financial pitfalls that cast many up-and-coming bands to the side.

However, Dead Winter are now back and are set to raise the stakes high with their debut album ‘My Only Home‘, which sees esteemed producer Romesh Dodangoda at the helm once more. The album is primed for a summer release.

There is no “one” song. We hear music all the time that makes us want to write, things like harmonies in a huge chorus or a really techy breakdown.

When we were a 5 piece, we were once given 4 cans of Lynx larger. And it’s all been downhill from there.

Walking into Longwave for the first time was crazy. We had all wanted to record there since starting music, and finally walking through the doors and sitting in the control room was incredible, there were signed albums everywhere, posters of some of the huge records made there, and one of Lemmy’s bass guitars. We have been back many times and Romesh is a great guy, it is probably our favourite place to be.

“These streets will be the death of me” is a constant reminder what can happen if you get caught up in all the negativity and general hopelessness the seems to exist around here with anything that tries to be positive. It’s from our track “No Home For The Hopeful” which is one of the more chilled out songs from the album, and it’s something we’re always fighting against.

OneThreeOne probably came together the quickest. The plan was to write something based purely on energy, we turned the click to double time and just jammed it out. It’s very simple but so much fun to play.

“My Only Home” is definitely a firm favourite. It has a load of energy and is super fun to play, whoch is why we picked it as the single.

Someone like Lynn from PVIRS would be cool, or maybe some screams from Jeremy from A Day To Remember.

The hardest thing about being in a band is always deciding the next step. Time and money are so precious that there always feel like a lot of pressure on decisions which will affect the band.

Jamie is a pilot which is fairly cool.

Jamie tends to take a lot of abuse for hundreds of different reasons. It’s a great stress reliever! But he takes it well so it’s all good.

We never get too stuck down on writing things or doing things that followed a certain genre – we just write things that we would want to hear or that excite us. Sometimes that’s a super metal core riff or a super upbeat pop-punk chorus part. We never worry about what we’re ‘supposed’ to be doing and just do what we want, which means we have created a pretty cool and varied album rather than just 10 of the same song with a different riff.

So far we haven’t left the UK so nothing too crazy! Fortunately we tend to look after each other on the road so we aren’t worried about going long distance. What’s the worst that could happen.

We all have artists we aspire to as individuals, but bands like Architects, While She Sleeps, and Bury Tomorrow have inspired us as a band to keep pushing and working hard together.

We’ve been jamming a lot of Napoleon at the moment, and a band names Wage War.

The closest band we have to our sound would probably be someone like A Day To Remember, and we love them. Opening for them would be incredible.

It’s always going to be cool playing exotic and far away places, but at this point playing anywhere outside the UK would be unbelievably fun.

This track, and the album, come from how everyone in the band feels about the band and music. We all have boring day jobs to fund the band and when we actually have the chance to create new music and play shows, that’s when we all feel comfortable and at home. Music is what brings us all together and its so important to us

We’re currently looking at touring at the end of the year. As soon as we have the dates nailed down we will be sure to let everyone know. For now keep checking the Twitter/Facebook/Instagram for updates.

That is something that every generation is going to bring up. We love how digital technology allows us to focus more on being creative, but then again some of our favourite songs were written and recorded before we were born. The music industry is not better or worse, it’s just different.

We had stickers made of just someone’s face once. It’s hilarious finding it stuck in places in venues that we’ve played at.

We would love the opportunity to do some stripped back live sessions. Also seeing Bring Me The Horizon play with an orchestra has totally blown us away and is something we would love to do down the line.

They’re amazing. It is the craziest feeling writing, for example, a Swedish address on an envelope with a CD in it of songs written in our parents bedrooms. Without the support we had when the EP came out 2 years ago, we would never have made it through the last year or so, which was the toughest so far for Dead Winter.

Jamie broke 4 bones in his foot playing football, but no band related injuries. We were in a really bad car crash on the way to a show once though but no one was hurt thankfully!

Jamie’s, cause we made him go home and change.

Cockatoo’s are zoo animals right? They head bang. A lot.