We chat to Breathe in the Silence

Breathe in the Silence are a post-hardcore/alternative rock band from South Wales. The band have just finished a UK tour with Swedish rockers Normandie. We caught up with guitarist Nathan Campfield, bassist Jake Bowen and frontman Adamross Williams to chat about working with the acclaimed Romesh Dodangoda, nailing backflips on a bouncy castle, the impact of new drummer Thom and how there is a real-life Pokemon in the band! 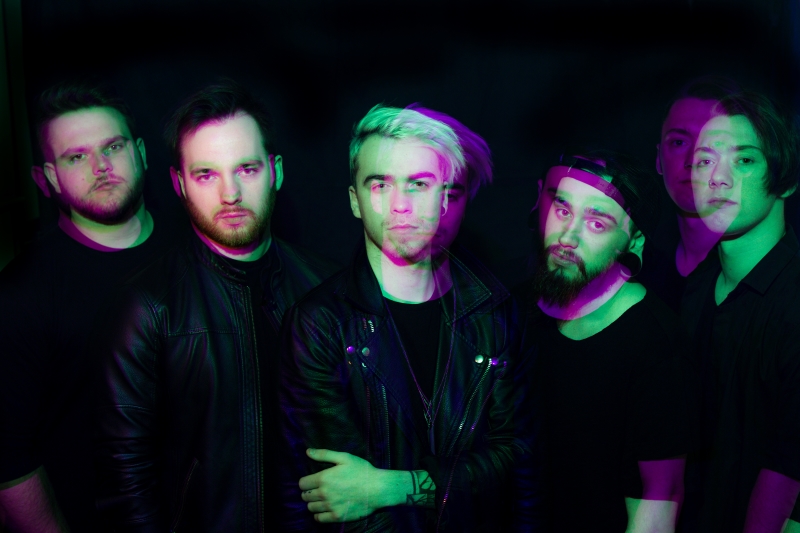 Breathe in the Silence are a post-hardcore/alternative rock band from South Wales. The band have just finished a UK tour with Swedish rockers Normandie. We caught up with guitarist Nathan Campfield, bassist Jake Bowen and frontman Adamross Williams to chat about working with the acclaimed Romesh Dodangoda, nailing backflips on a bouncy castle, the impact of new drummer Thom and how there is a real-life Pokemon in the band!

You’ve recently released the video for Hold My Heart, are you happy with how it’s been received so far?

N – Compared to how our other single Feathers did its been good. We were talking about it for a while with the hashtag (for Hold My Heart) and people not knowing what it was so that’s been going on for about a year now since we recorded the EP, so when it actually finally came out, I think everybody was like “oh thank god for that!” Yeah it’s been sick.

How did you find putting the EP together?

N – It was a struggle at first

Adamross – Yeah it was

J – It was a struggle at first because we didn’t know what we were doing and how we would do it but then we just got the ideas together and it just fitted very quickly and then we booked the time with Romesh (Dodangoda – Bring me the Horizon, Bullet for my Valentine, Motorhead, Bury Tomorrow etc).

What was it like working with Romesh? Because he’s a really well known producer.

J – He’s phenomenal. He knows his stuff really well and he’s worked with loads of big artists and stuff it was awesome to be with him.

For people who haven’t heard of you before, how would you describe your sound and any musical influences you have?

J – That’s a tough one. We don’t even know what we are do we? We have no idea what we are.

N – A mixture of everything. I think we’re going more down the hard rock route with the new EP, rather than we used to be more post-hardcore. We’ve still got elements of that, it’s like out chorus’ are a bit different now and a bit more happy sounding. So yeah hard rock, post-hardcore.

A – A bit more alternativey sounding.

Thom (Pike, drummer) recently joined the band, what’s it been like having him playing?

A – Nah he’s nailed it really

N – He’s a solid drummer, he’s brought such a positive vibe to the band. Even just sitting in the van, everything’s a lot more positive now. He is really lazy but like pros and cons innit really (laughs).

You’ve just started the tour with Normandie, how was the first show yesterday?

J – It was really good. There was a lot of people. We played there a couple of months ago and there wasn’t that many people there and then coming back and playing the same venue it was really good.

N – We all enjoyed it, no one messed up. Thom was on point so it was sic.

We always end with some random questions. Are you ready?

If you could have witnessed any event in history, what would it have been?

J – Every Michael Jackson concert ever. Cause he’s incredible

If you could have a meal with any three people, dead or alive, who would it be and why?

Adam (to Nathan) – and you’d have to take them.

J – Yeah he likes going for meals on his own

N – I went for a Chinese buffet on my own and left them all starving in this venue. I came out and they were like “where were you?” and I was like “I’ve just been for a Chinese buffet on my own”. I wanted some down time. It’d probably be Michael Jackson, the lead singer of Coheed (and Cambria – Claudio Sanchez) cause they’re my favourite band and Andy Copping (Download organiser)

Nathan (to Adam) – drinking water. Once upon a time, Adam downed a bottle of water on holiday, he smashed it.

A – Juggling. I’m alright at juggling.

You can only save three things from your house during a fire, what would they be?

N – Definitely wouldn’t be any of us. You’d let us burn in the house.

J – Yeah. You went for a meal without the boys, I’ll leave you in a fire (laughs)

A – I’ll write but not play

J – write music but not be able to play it

J – (counts tattoos) 15 but the best one is that one (proceeds to show tattoo of face on bum cheek) that’s the most meaningful (laughs from all). It’s my mate Joe. I lost a bet and I’ve got his face tattooed on my arse forever. He’s always talking shit. (laughs) Thank you, I’m here all day.

Where’s the craziest place you’ve toured and why?

N – Not so much the show itself because the show got pulled. But we played Glasgow on this one tour.

N – We played Edinburgh and we were supposed to be playing Glasgow the day after. The show got cancelled on the day due to some promoter messing up so we ended up just going out in Glasgow with these Scottish people and we all got absolutely off our tree. Our guitarist who doesn’t drink, drank. That’s how crazy it was!

J – And there was a bouncy castle and I nailed my first backflip.

What is your favourite Pokemon and why?

J – We have a living Snorlax in the band.

A – I was genuinely going to say Snorlax because it reminded me of Thom Pike.

All – Thank you very much.