With the release of Area 11’s latest album Modern Synthesis, I had the chance to chat with Jonathan Kogan (AKA Kogie) about the record, as well as experiences and inspirations as a band on the whole. 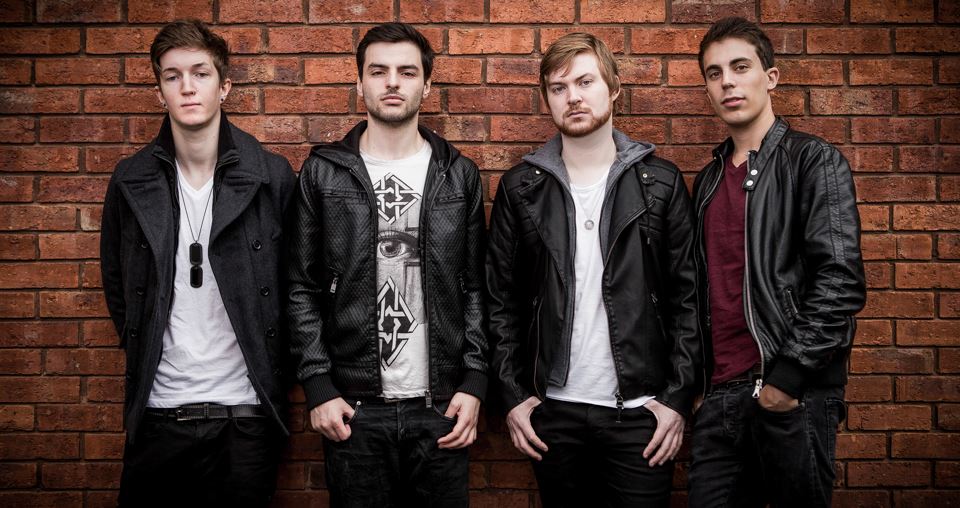 With the release of Area 11’s latest album Modern Synthesis, I had the chance to chat with Jonathan Kogan (AKA Kogie) about the record, as well as experiences and inspirations as a band on the whole.

1. What was your personal favourite track from Modern Synthesis, and why?

My favourite album track keeps changing as I listen to the mastered record more and more. There are those that are the most fun to play live, and then there are the songs that I enjoyed writing the most; but overall it would have to to be ‘Panacea and The Prelogue’. That song originally started as a piano melody I’d been playing around with, and I’d wanted to write a song about impermanence for a while, but eventually it grew into this huge collaborative piece with sections written by Sparkles*, Leo and myself. Lyrically it contains a couple of the best verses I think I’ve written, and the tone is really bittersweet, which all my favourite songs seem to be.

2. About your band name, where exactly did it come from and what was the idea behind it?

Before Penguin Books published what would become the literary best seller – ‘The Bible’, it had the working title ‘Area 11’. We all thought that the latter was the better name, so we decided to use it as the good people at Penguin no longer were.

3. Do you feel satisfied with the album in general?

Overall, I’m really pleased with the album, although (as is often the case with creative projects) time constraints meant that we didn’t have enough time to develop and explore some of the elements that we would have liked to. There’s a load of great demos of songs which we didn’t have time to grow into full tracks, and I’m sure we’ll return to them very soon.

4. What was your best or craziest tour experience?

Touring on the whole is full of crazy experiences and something truly ridiculous tends to happen at least once every tour. Honestly, nothing beats a good gig, but a lot of other great/stupid/funny stuff also happens, a handful of which we’ve agreed to never speak of again. One such Unspeakable Tale takes place in the city of Manchester, where following a fun show, we met an interesting girl who invited us back to her uni flat. It was there that she proceeded to show us all of her well-worn bondage gear, and it was at the point where Leo was tentatively whipping her (at her request) that I decided to go through all of the cupboards in her shared kitchen, smashing each egg I could find and putting them back into their cardboard boxes. On reflection, I can’t quite pinpoint my reason for doing that, but I have no doubt that it was a good one.

5. Are there any particular bands you’d like to tour with? If so, which ones?

There’s so many bands we’d love to tour with. I think number one on our list would be Biffy Clyro, and we’d love to support Letlive. Also touring with Muse would be great as we wouldn’t be the biggest nerds on the tour for once.

6. Going back to Modern Synthesis again, what was the most difficult song to write, and why?

For me the most difficult song to write was ‘After The Flags‘. The lyrics came easily for that song, but musically it went through a loft of incarnations before we had a version that everyone was happy with. I wanted to write a a pretty simple straight-up driven rock track, which in someways isn’t really what we do as we tend to have a lot of contrasting sections in our songs, so it was a challenge to write in the confines I’d set. But eventually we figured it out and it sounded how we wanted it to, like a loving kick to the face.

7. Lastly, do you have any musical influences? If so, who are they and how have they influenced you as a band?

Yes, of course. Whether people admit it or not, everything is derivative in some way or another. Unless you’re the first caveman to rhythmically hit two sticks together (or maybe The Beatles) you’re influenced by the music that came before you, and particularly what you listen to as a teenager. That’s not to say you necessarily have to try to emulate the sound of your favourite bands, but your overall understanding of what a song “should” be and what sounds good to you, is based upon your musical reference points. The list of bands we draw influence from is huge and constantly growing, and it’s hard to narrow it done to a few names, but in terms of what I was listening to out a lot out in Italy whilst recording the album: The Mars Volta, Bowie, Enter Shikari, Tame Impala, etc etc etc etc etc.