On the penultimate night of their headline UK tour we sat down with in-your-face indie-rockers MassMatiks for a chat about their new single ‘One Foot In This Club‘, live shows, the UK rock scene and their plans for the future. We’re sat here just before the penultimate show on your headline tour, how’s this tour differed […] 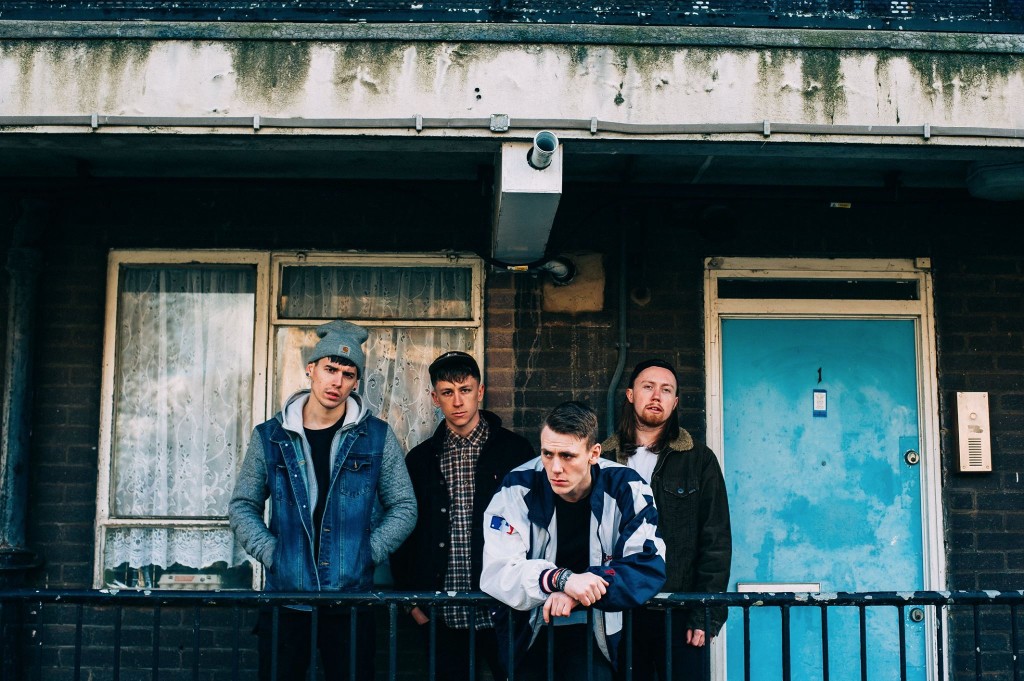 On the penultimate night of their headline UK tour we sat down with in-your-face indie-rockers MassMatiks for a chat about their new single ‘One Foot In This Club‘, live shows, the UK rock scene and their plans for the future.

We’re sat here just before the penultimate show on your headline tour, how’s this tour differed from the numerous you’ve done since last year?

George: We were talking about this in the van actually, because we’ve released more tracks people are lot more passionate about our music now. It’s actually really humbling when they’re coming and really understanding what we’re trying to say and who we are. Whereas I think before we’d released a couple of singles and our personality was quite big so people wanted to come along and hang out with us. This time is still a bit of that but people are really feeling the music.

Joe: People are really singing along to the songs.

George: Yeah that and I’m sober, plus our last headline tour was year ago now so it’s nice to see people coming out and travelling hours and hours to come see our shows.

MassMatiks have a reputation for giving it 110% in the live environment, do you think that’s an important part of your band?

George: That is literally just who we are as people, in everything we do.

George: We write to our live show, when we write a song we’re always thinking what the crowd should be doing. It’s just not like us to just stand around in any situation, if we’re doing merch it’s all go, even when we’re just talking to each other we’re right in each other’s faces. When we go on stage that just gets fuelled even more by the crowd, it just gets bigger and bigger and crazier.

Joe: When we first started out at Uni we didn’t release anything, like every band really, we were just building a reputation through our live shows. People would come even though we didn’t have any music out and really love the shows.

Let’s move on to the most recent single ‘One Foot In This Club’, what’s the inspiration behind that track?

George: I’m from Basingstoke, it has maybe two or three clubs and so I find myself walking in and being like ‘Why am I here? Why do I keep coming here?’. I wanted it to be a bit of a social commentary asking why do we keep coming to these McDonalds clubs? If you want to go to a club go to a proper club or even a music venue so they can get funding. Tracks always come out differently though and this came out more as just ‘clubs are rubbish man’. But they literally are like the McDonalds of music, everyone goes and no one is enjoying themselves in there. I don’t think people take the opportunity to go and see good music or an event, even a function band is better than a generic DJ playing pop hits. We should do a spoken word version so we can talk more about that.

And how’s the reaction been to this single so far?

George: It’s one of those songs where you know exactly what to do, from the second it starts with that riff you just gotta jump. That’s one of the things when we’re writing the audience have just got to know what they’re doing and this one’s going down really well. I’m proud of that track.

You’ve been steadily releasing singles since last year, and not gone the more traditional route of EP’s leading up to a full length. Why is that?

George: When we release an album, we want it to be big, we want it to be that packing out the NME tent at Reading [Festival] sort of album. Arctic Monkeys’ first album is full of hits and that’s what we want, twelve or thirteen tracks worth of proper bangers and that takes time. We want to know who we are before we start throwing songs at people.

Joe: Yeah and we don’t want to waste time and money on something that we aren’t fully made up with.

George: It’s definitely on the horizon, we’ve had no money as most bands don’t but we’ve figured out how to record and produce ourselves. Then we’ve got this guy Terry who mixes the tracks and he’s worked with Limp Bizkit, Deftones and people like that. It’s just got so much easier, now we can spend months getting a track just right. That’s the difference between making a song that’s just good and spending time to make it something extra. We’re going to release another single next month, then maybe an EP and then start pushing for an album, we’ll see how it goes. If not we’ll just release single after single.

It’s clear that MassMatiks aren’t tied to a certain sound, scene or genre. Do you feel that’s the best way to be?

George: One hundred percent. Genres nowadays are so broad that if you only play one people will fall asleep a bit. Also as people we’re all just quite weird and different, we’re all rock kids at heart, but I’m into grime and rap, Joe’s more into the electronic side, Martin likes his indie bangers and Josh is into his drum n’ bass.

Joe: We’re always looking for new sounds, we love music so much we don’t want to sit and listen to one thing. When we branch out we try and bring new ideas into the music which keeps it interesting for us, but mash it together in a way that keeps it sounding like MassMatiks.

George: It’s a sign of this generation, everyone listens to everything.

What do you think about the state of the UK music scene in 2017? What excites you and dismays you about it?

George: I think personality is slowly dripping out of bands, people like Slaves are flying the flag for personality but there was a time when most bands were like that. I love what rap and grime artists are doing in the scene, they’re like the new rock stars. They do what they want and rock has kinda lost that attitude. You might not like the attitude, which is fine, but it all feels safe and again it’s like that McDonalds music. It’s not all bands though, there are some awesome bands, I don’t wanna sound like I hate all UK music.

If MassMatiks had a mission statement as a band, what would it be?

George: Exactly that, we’re here to make a movement, pack out shows and have the kind of music that is genre defining.

Josh: I would love to be that band at a festival that everyone goes to see, like Skindred!

George: We’re not here just to sell records, we want to be our own thing like what Mike Skinner’s done, we want people to be saying “these guys sound like MassMatiks”.

George: We’ll finish this tour, release another single before the end of the year and we want to try book another tour with all the places we missed this time, I know Manchester were a bit upset. Then I’d like to do a big Christmas send off, maybe get some DJ’s playing like a proper takeover, it’s been a good year for us and I want to send it off with a bang. Next year will be a lot more writing, releasing and touring.

We always end with some questions that are a bit more fun, so firstly what would your fans be most surprised to learn is on your iPod or music collection?

George: I’m listening to all this dancehall stuff at the moment which is completely out of my culture, but I love the verses and the way they sing.

George, hypothetically, before a show you just realised that you left the oven on at home and you’ve gotta go back home, which vocalist steps in for you that night?

Martin: Kurupt FM, that would be jokes.

George: Kurupt FM, Chabuddy G on merch and MC Grindah coming in and saving the universe.