Youth Killed It supported by Franko Fraize and Marigolds

Youth Killed It played an awesome headline show at Norwich Epic Studios last Wednesday with support from Franko Fraize and Marigolds. Opened by Marigolds with a very chilled indie feel; the kind of music you expect to hear in a hipster-esque coffee shop. Personally, I’m usually not a fan of this style of music but […] 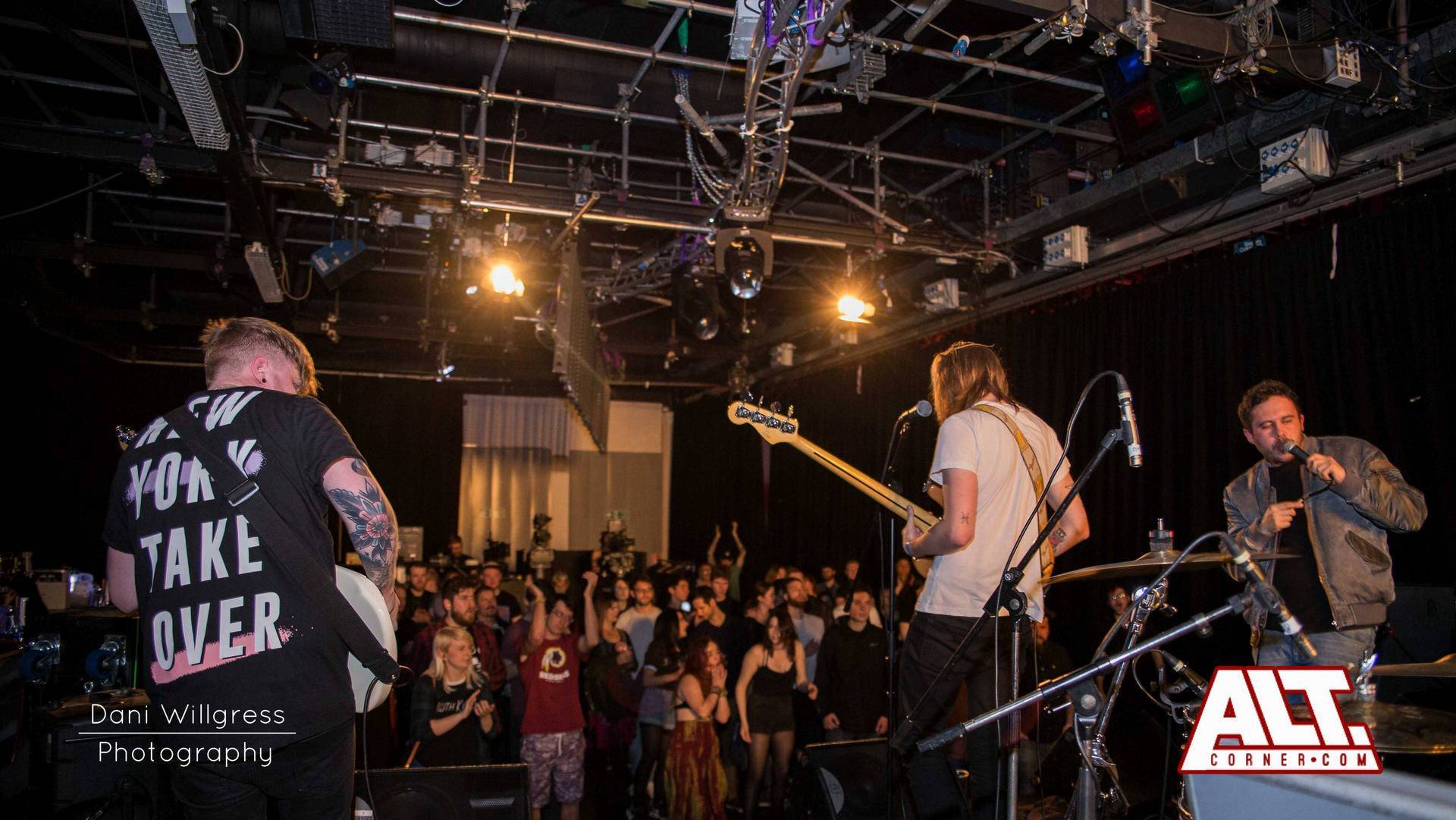 Opened by Marigolds with a very chilled indie feel; the kind of music you expect to hear in a hipster-esque coffee shop. Personally, I’m usually not a fan of this style of music but they had a very good live sound and was a nice warm up for the night, despite being a pretty different genre to other bands.

Marigolds were followed by Franko Fraize; a local rapper with a very genuine personality and a set to match, with songs about the 90s and comments about how the current generation dress like they are back there anyway. In my opinion, their set was filled with an awesome comical vibe and great sound. They were pretty unique in the way that they had a band backing a rap act but it worked really well and helped rock the set up a lot. My only criticism is that instead of having a drummer they used a backing track which at points made it difficult to tell what was being played live so the set could be improved by playing with a full band instead.

Youth Killed It took the stage with a strong pop-punk presence, guitarists jumping around all over the place. Mixing rap and pop punk, the crowd ends up dancing along to the awesome set. Finishing with their hit song pop star, which you can listen to bellow, to then be called back for an epic encore.

You can also see photos from the gig here!