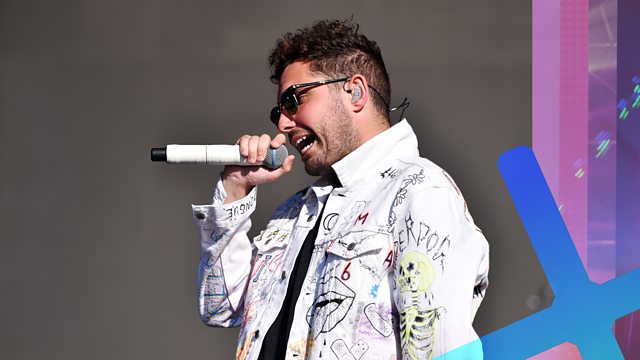 Taking to the main stage triumphantly was You Me At Six, the five-piece from Surrey view Reading Festival as somewhat of a homecoming and lead singer Josh Francheschi took no time to introduce himself and the band to the receptive crowd. Hits like ‘Lived a Lie’ and ‘Underdog’ began the waves of crowd sing-alongs and swaying arms but it was when the band decided to slow it down for the appropriately named ‘Take on the World’ that the band’s star quality began to shine through as bright as the sweltering sun that overlooked the Main Stage. A song with an important message that can be applied to a multitude of present-day issues and the rendition of this track felt like one big therapy session. Swinging it back away from the heartfelt ballad, ‘I O U’ showed the Surrey rockers at their funkiest which proved a welcome part of the setlist before the last four show-stoppers came into town. The final stages of the set saw the band rip through a thunderous performance of ‘Bite My Tongue’ which united the crowd as the chorus was belted out from one side of the field to the other. ‘Reckless’ was like stepping into a time machine straight back to 2011 when the band reached their mainstream peak but if there is one thing to take away from this slot at Reading Festival, they are very much a band at their peak still.

The sound was a slight problem at the beginning of the setlist but the band cracked on and changed gears with ease throughout their extensive catalogue which looks set to only improve following new song’s ‘What It’s Like’ turning out to be the real highlight of the setlist. Everything about that song can only be considered as ferocious and with the equally mammoth arena-style chorus, Josh and the boys are onto a winner. ‘Straight To My Head’ and the show-stopping ‘Room To Breathe’ ended the setlist with the latter being a real statement of how as Josh alluded to, You Me At Six are still here and still tearing up the Main Stage at Reading in 2019. With the slight glimmer of new material already showcased, don’t bet against them coming back imminently and trust us when we say, you won’t want to miss it.