Half way through his biggest headline tour to date, folk singer song-writer Will Varley headlines the Wedgewood Rooms in Portsmouth. There was only one support at this show and it came from seven piece folk band Cocos Lovers. Cocos Lovers took to the stage not long after the doors opened. They opened with some slower […] 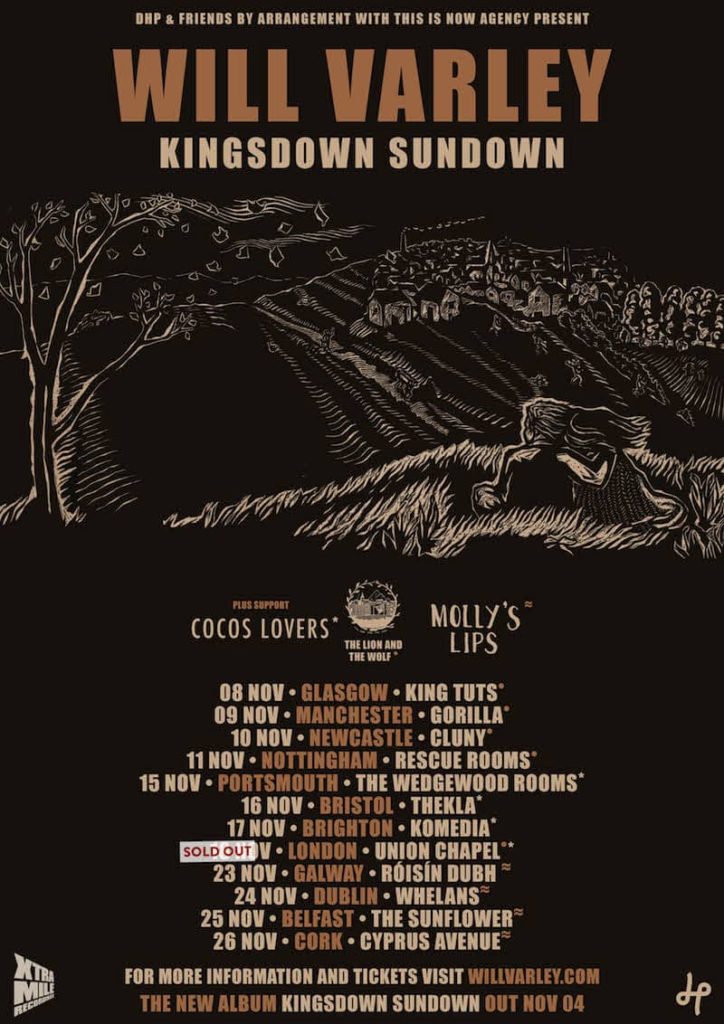 Half way through his biggest headline tour to date, folk singer song-writer Will Varley headlines the Wedgewood Rooms in Portsmouth. There was only one support at this show and it came from seven piece folk band Cocos Lovers.

Cocos Lovers took to the stage not long after the doors opened. They opened with some slower paced songs littered with group vocals, which by the end of the songs had you singing along to. As expected with a seven piece the multiple instruments on show added great depth to their sound, particularly with the addition of a flute and a saw. In the middle of their set they slowed the pace right down and allowed flutist Nicola Vella to truly showcase her vocal ability. Following this they ended their set with some faster pace songs which really grabbed the crowd’s attention. This was an impressive support from Cocos Lovers particularly for a crowd which was here for one man only and that man is Will Varley.

When the lights went down and Will Varley strolled onto the stage with Guinness in hand and his guitar by his side, it was obvious that Will was treating this gig just like any of his earlier pub gigs. Opening with two songs from his 2015 effort Postcards from Ursa Minor, Will instantly had the crowd singing along. The first song to be played from his most recent album Kingsdown Sundown was We Want our Planet Back, a satirical politically charged song aimed at the extreme nationalist views which have led to so many of the world’s problems over the last twelve months.

Will Varley was a natural on the stage captivating the audience, even a mishap like his guitar strap breaking didn’t faze him as with a little help from the crowd he was able to keep the song going. Throughout the set Will kept a great rapport with the crowd introducing his songs with comedic stories, the crowd favourite being his introduction to and even the ad libs throughout the song Talking Cat Blues. The set was an eclectic mix of new and old songs, he even sampled the first song he ever wrote (a humorous rip off of Blink 182 song Miss You). Ending his set with emotional number when she wakes up, Will left the crowd in awe. After hinting to the crowd, earlier on, that he wanted an encore due to not being given one in Glasgow, it wasn’t long before he came back on to rapturous applause, he started the encore with February Snow off his new album, and ended it with his most recognisable song King For a King which aroused a great singalong amongst the crowd. This was an outstanding set from a man who is a natural on stages this size and will no doubt be a natural on stages much bigger.