While She Sleeps live @ The Talking Heads Southampton

Just 6 days after the release of their outstanding 3rd album You Are We, While She Sleeps proved to a sold out 350 capacity Talking Heads that they won’t be playing venues of this size for much longer. First up were Leeds alt rockers Fizzy Blood. As people still made their way into the venue, […] 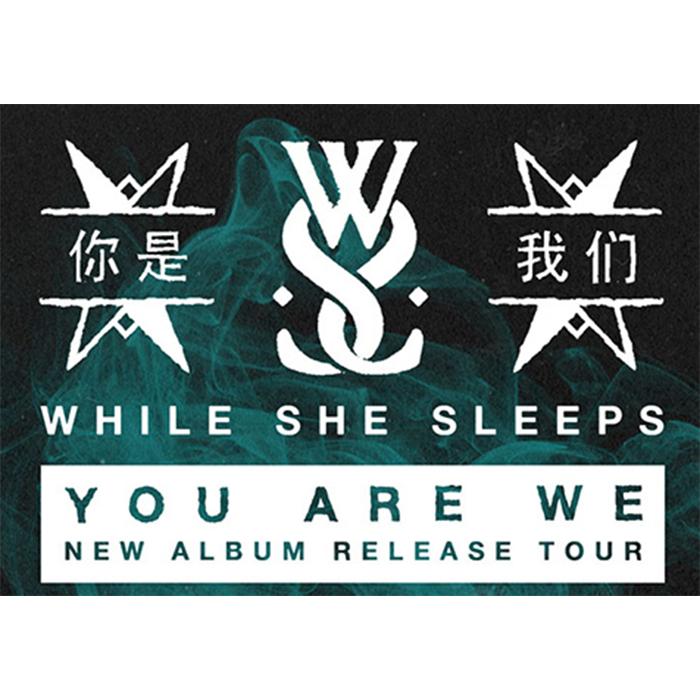 Just 6 days after the release of their outstanding 3rd album You Are We, While She Sleeps proved to a sold out 350 capacity Talking Heads that they won’t be playing venues of this size for much longer.

First up were Leeds alt rockers Fizzy Blood. As people still made their way into the venue, the quintet laid down fuzzy riffs and intricate verses, which exuded Queens of the Stone Age vibes, whilst still sounding unique and fresh. By the end of the set as the venue had filled out more the crowd seemed to be fully enjoying this set. Although not their normal surroundings, this was an accomplished set from Fizzy Blood who more than won over the audience.

Next up were In Hearts Wake. Opening with, arguably their best song, Mayhem, a few in the crowd erupted and were clear fans of the band. Despite this a lot of the crowd weren’t overly enthused. Coupling this with some sound problems and In Hearts Wake struggled to truly get going. It was always going to be hard for In Hearts Wake especially when being compared to a band like While She Sleeps. This is particularly highlighted when the crowd seemed to find more interest in throwing an inflatable crocodile around during the set than watching the band themselves.

As the lights went down and While She Sleeps walked onto the stage, the crowd erupted. Opening the set with a scream of “You Are We” in union with the crowd, and duly following it with the song of the same name. Following this with Civil Isolation my personal favourite track from their most recent album. Throughout the set the crowd were lapping up every second of every song, singing every word, stage diving and moshing. The level of Sleeps’ performance, was so high that not even sound problems could dampen their set. The feedback and quite mic were swept under the rug in the minds of the crowd, purely due to the sheer power and presence that While She Sleeps have on stage.

Perhaps one of the best signs of a great band is that even after a set list not containing a single bad song, you are left disappointed that some songs didn’t get played (in this case it was Trophies of Violence and Settle Down Society). This was a triumphant set by While She Sleeps which proved that they can easily go on to replicate the success of others from their scene, such as the likes of Parkway Drive and Architects.