While She Sleeps, Counterfeit and Blood Youth live at O2 Institute, Birmingham!

It’s a dismal February evening in Birmingham but the frigid weather has done little to put off the Sleeps family who huddle between the barricades outside the O2 Institute. Once inside, Blood Youth are up first and so it falls to them to thaw out the gathering crowd. They kick the proceedings off with a […] 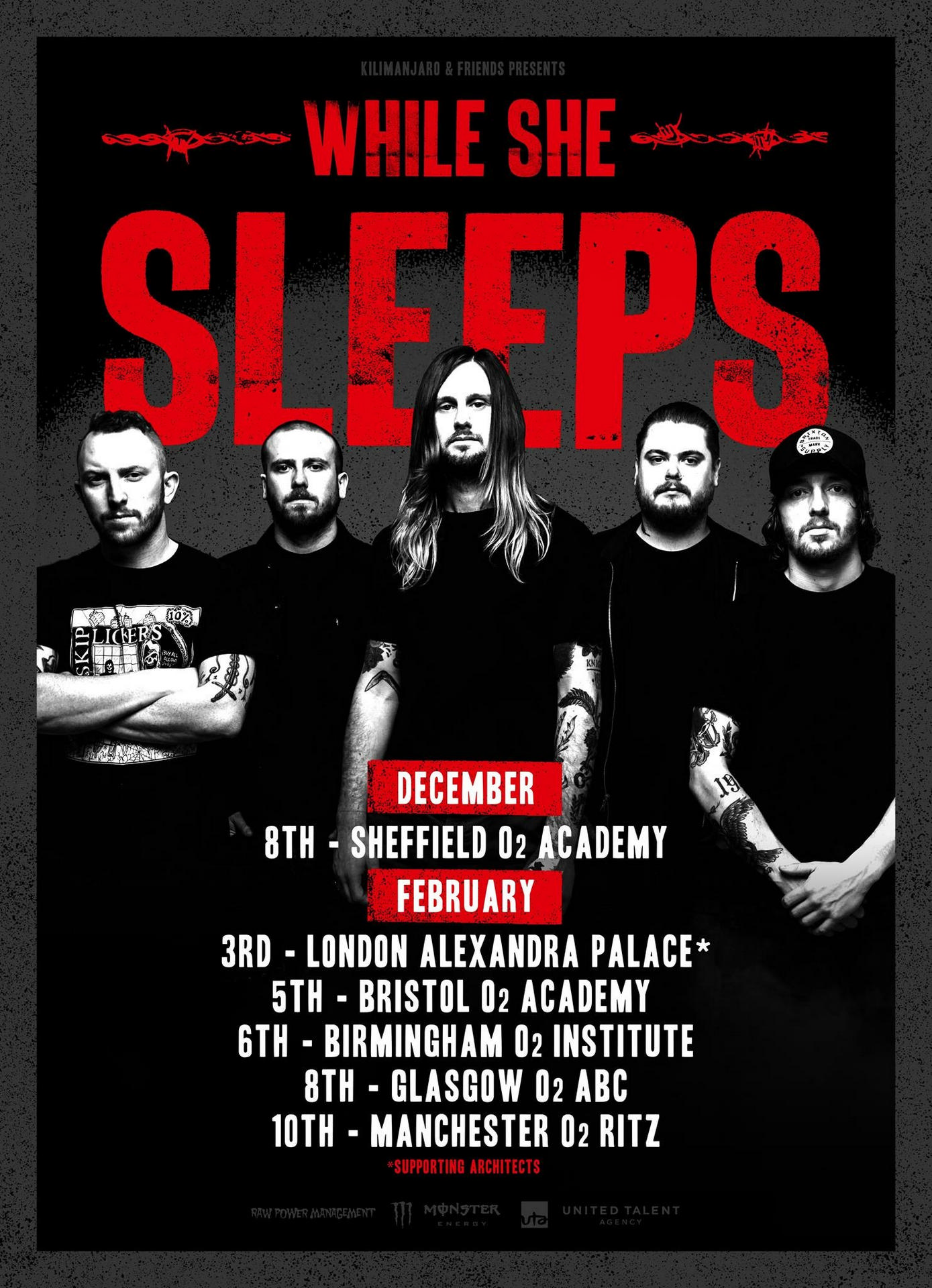 It’s a dismal February evening in Birmingham but the frigid weather has done little to put off the Sleeps family who huddle between the barricades outside the O2 Institute. Once inside, Blood Youth are up first and so it falls to them to thaw out the gathering crowd. They kick the proceedings off with a bang (pretty literally); there’s a not unimpressive wall of death during the opening track – I Remember – of their set, no mean feat for the first band of three on a bill. Even the Sleeps fans on the outskirts of the main mayhem are drawn in to the infectious metalcore anthems unfolding themselves on stage and there’s not a stationary head in the venue. Despite only having time for six tracks, the crowd are treated to heavy jammers and big tunes alike, such as 24/7, closing track Reason to Stay, and Parasite. Vocalist Kaya Tarsus reminds the crowd that it’s been two years since their last visit to Brum, and some of the howls this statement is met with make clear that their fans have had a tortuous wait- albeit one that was worth it.

After being blown away by the boys in Blood Youth, I’m somewhat sceptical about where Counterfeit really fit into this bill, sandwiched between two bands generally much heavier than themselves. This, however, proves to be unfounded. They hold their own and Jamie Campbell-Bower (any Sweeney Todd or HP fans in the house…?) has a raw and powerful energy in his vocals reminiscent of Sex Pistols‘ John ‘Johnny Rotten’ Lydon: something amazing to invoke so many years and so many sub-genre/music movements later. He also gets involved in the pits, much to the delight of many fans. We’re treated to eight tracks this time:  Addiction, As Yet Untitled, and Family Suicide included. Campbell-Bower teases the eager crowd after enticing them to put their hands up before penultimate track Hold Fire, quipping: ‘I don’t believe you’re excited for While She Sleeps!’. We prove him wrong, and the warm up is completed triumphantly with huge angsty track Enough. I for one, though, (and I highly doubt I’m alone) am left feeling like I haven’t seen enough of these boys – or Blood Youth, for that matter.

The crowd ripples with anticipation for the main event, and While She Sleeps do not disappoint, launching into their set as the crowd simultaneously scream ‘You, Are, We!’. The whole floor instantly becomes one giant mosh pit… no, seriously. Fans aren’t holding back and it takes several songs until the energy even begins to dissipate or relent just a little. With the energy of just the few men on-stage working to eclipse that of a whole crowd, invitations from vocalist and full-time maniac (in the best way) Loz such as ‘if you know this get the fuck over this barrier!’, only serve to send the crowd into more of a frenzy. Most of the crowd are undoubtedly spending a good portion of their time wondering what Loz’ll launch himself from next, but still find time to scream along with every word and mosh to every note. Still touring their self-released 2017 monster You Are We, we’re treated to all the new tracks we’d expect (Silence Speaks, Steal the Sun, Civil Isolation making welcome appearances amongst others) but with three studio albums (plus The North Stands for Nothing) of material to draw from, older classics like Crows, Death Toll and Seven Hills are met with relentless enthusiasm and honestly, so, so much roaring from a seemingly predominantly male crowd. While She Sleeps have done big things in just a few short years and are accumulating fans left right and centre with their down-to-earth and relatable brand of metalcore. One girl epitomises their loyal fan base after being invited up by Loz during final song Hurricane, having endured being battered at the barrier for the entirety of the show. The gig is brought to a rapturous finale and I bet everyone’ll feel it tomorrow. Especially Loz.

The triplet of bands on offer tonight were truly a showcase of the best of up-coming British talent over a variety of sub-genres, surely and swiftly moving themselves from the peripheries of the alternative scene. With tonight’s performance coming hot on the heels – a mere three days – after WSS‘ huge Ally Pally performance supporting Brighton boys Architects, it may seem that the lads from Sheffield can’t keep delivering such big things so relentlessly, but, well, watch this space. I’d say it’s not even too much of a stretch to suggest that on their very next tour, Sleeps may even boast a headline slot at Ally Pally.