We Came From Wolves, A Sudden Burst Of Colour, Divides and Enemies of The State @ 02 ABC2 Glasgow

Gareth Rooke went and saw We Came From Wolves, A Sudden Burst Of Colour, Divides and Enemies of The State at 02 ABC2 Glasgow and gave his thoughts on the evening… 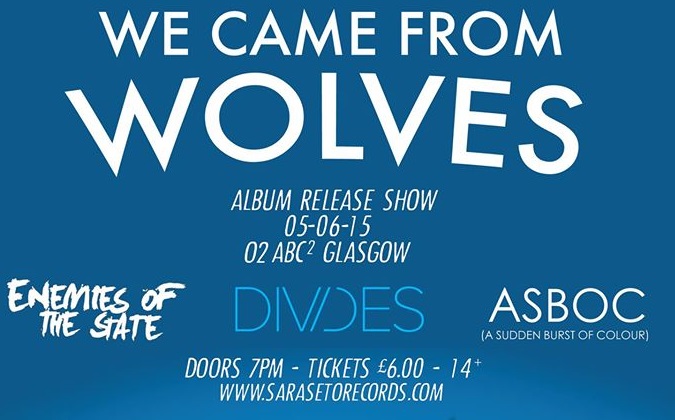 O2 ABC2, Glasgow
Tuborg £4:40 a pint this for me is on the expensive side. This was the small stage with a lot more sitting area than jump floor. Has a nice feel to it. Maybe it was because of the band playing tonight but there was this electric energy in the air. Capacity is around 350. Toilets were clear and nice got that night club look. It does get hot in hear especially if it’s sold out as tonight’s gig was.

A Sudden Burst Of Colour
Four piece acoustic melody band, they don’t sing witch means I would not go and see them as a headline band. There sound is great. I will be excited to see them on a bill of a show I was going to. They are not a novelty and I don’t think they are a nice change from what I normal see. I could see there music being used in video games to create the atmosphere. If you are one of those who only goes to see headline band (What is wrong with you for starters), turn up early (As you should turn up and see all the bands anyway) and see these guys, it will be worth your time.

Enemies of The State
5 piece of anti establishment indie rock. These guys guys run a cool vibe that’s keeps you upbeat. Loving there base beat and the honest stage presence. They had me wanted more.

Divides
Wow, just wow, I have been waiting to see this band for over a year and they did not disappoint. They are a 5 piece female fronted rock band. They presence and movement on stage give an impression that they just want you to have a good time. With drum beat that eats into you soul and vocals that infect you mind you will not be disappointed when you see these guys live.

We Came From Wolves
Alternative rock band with a care free attitude. There beat just make you want to jump around and smile from ear to ear. Being that this was there albums realise show they played a lot of unknown song but buy then end of each had us all sing along. 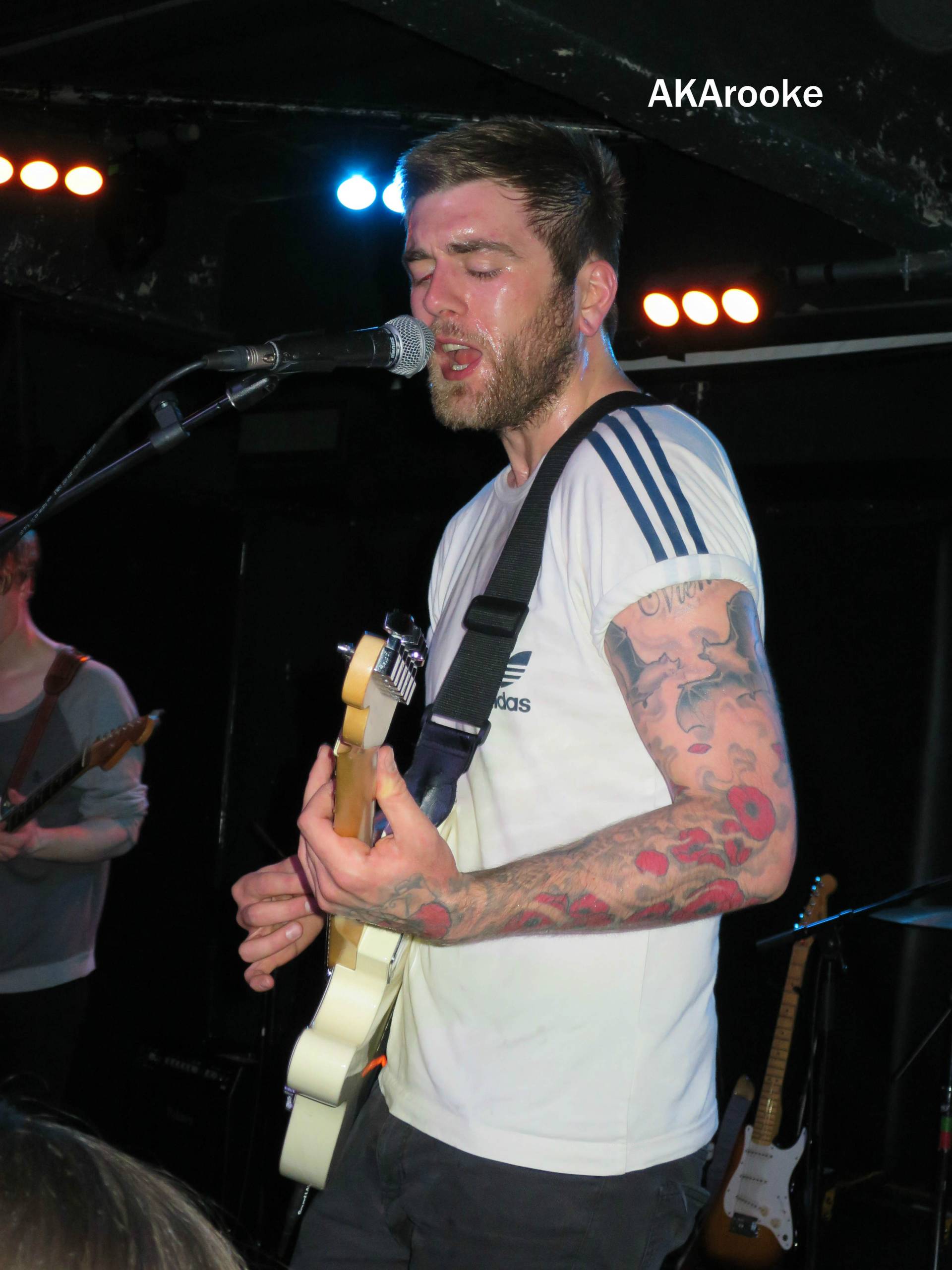