V Vega are definitely pushing the boundaries of progressive metal and on listening, if you’re a fan of bands like Young Guns but also something a lot heavier, this is definitely a must-listen!! 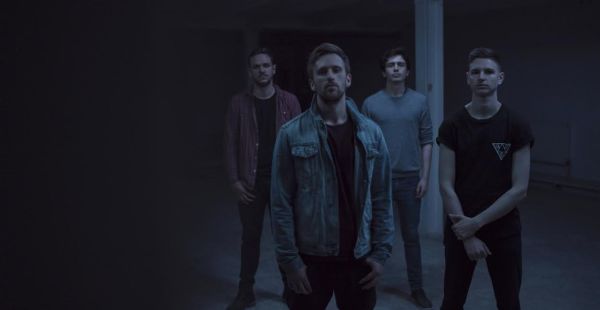 Bedfordshire quartet V / Vega have been working tirelessly since their beginning in 2014 to change the perception of contemporary progressive metal. Drawing inspiration from bands including The Dillinger Escape Plan and Dance Gavin Dance, they release EP Leaving Lyra on October 2nd via Crooked Noise records. A band who have only been playing live since June 2014 and have racked up shows alongside Shields, Giants and Create To Inspire among others, they have produced an EP that is set to draw yet more attention to the quartet.

Opening track Lyra opens with a great drum beat, however the majority of the tracks vocals are drowned out by the drums. A very drum heavy track, however the balance between percussion and vocals could be worked on more.

The Grand Declaration begins with a great riff and again has a prominent drum, however this time, the vocals can be clearly heard. Some great growls and clean vocals, with the clean vocals almost Gustav Wood (Young Guns) –esque. A great listen.

Wanderer opens with some insane growls and almost has a sort of electronic feel to the opening clean vocals, while still keeping the progressive metal theme. Another great listen.

Closing track Reaching Eden is an angsty track that is a sure-fire wall of death starter at a live show at the beginning, before slowing right down as the clean vocals start. A great closing track, with a pumping bassline and guest vocals from Jerry Roush (Of Mice & Men, Sky Eats Airplane, Glass Cloud).

All in all, a very strong EP. After the opening track, I was quite worried that it would follow along a similar line, but Lyra seems to be the only one with the balance wrong as the rest of the EP is an absolute gem! V / Vega are definitely pushing the boundaries of progressive metal and on listening, if you’re a fan of bands like Young Guns but also something a lot heavier, this is definitely a must-listen!!