Truckfighters are set to release their latest album V on September 30. The Swedish trio are celebrating their 15th anniversary! 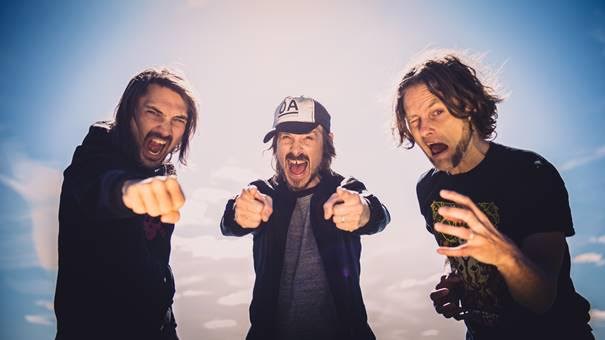 Truckfighters are set to release their latest album V on September 30. The Swedish trio are celebrating their 15th anniversary which fans can join in with by going here to mark previous Truckfighters shows they have been to, with the names and dates being listed in a special edition of this album.

Opening track Calm Before the Storm begins with an almost calming melody and haunting vocals with great guitar work throughout the 8 minute track. Around the halfway mark, the pace begins to pick up, almost as if the storm is approaching and building an anticipation for the rest of the record.

You can watch the video for Calm Before the Storm below

Each track on the album is at least 5 minutes long, so while there is only 7 tracks, you are really getting a good deal! Throughout the tracks, especially the opener, it seems almost as if there are different stories going on (think Green Day’s Jesus of Suburbia) with the change in tempos and tune during the track. The haunting vocals are almost grungey style, there is some really intricate guitar work.