Words and Photographs: Helen Messenger and Vicki Bailey Returning to Hill Farm, in South Oxfordshire for it’s celebratory 20th anniversary was a bigger and brighter ‘Truck Festival’. Well…brighter until around 7pm on the first day when the rain that had been threatening all day finally arrived. Unfortunately a large number of people had only just […] 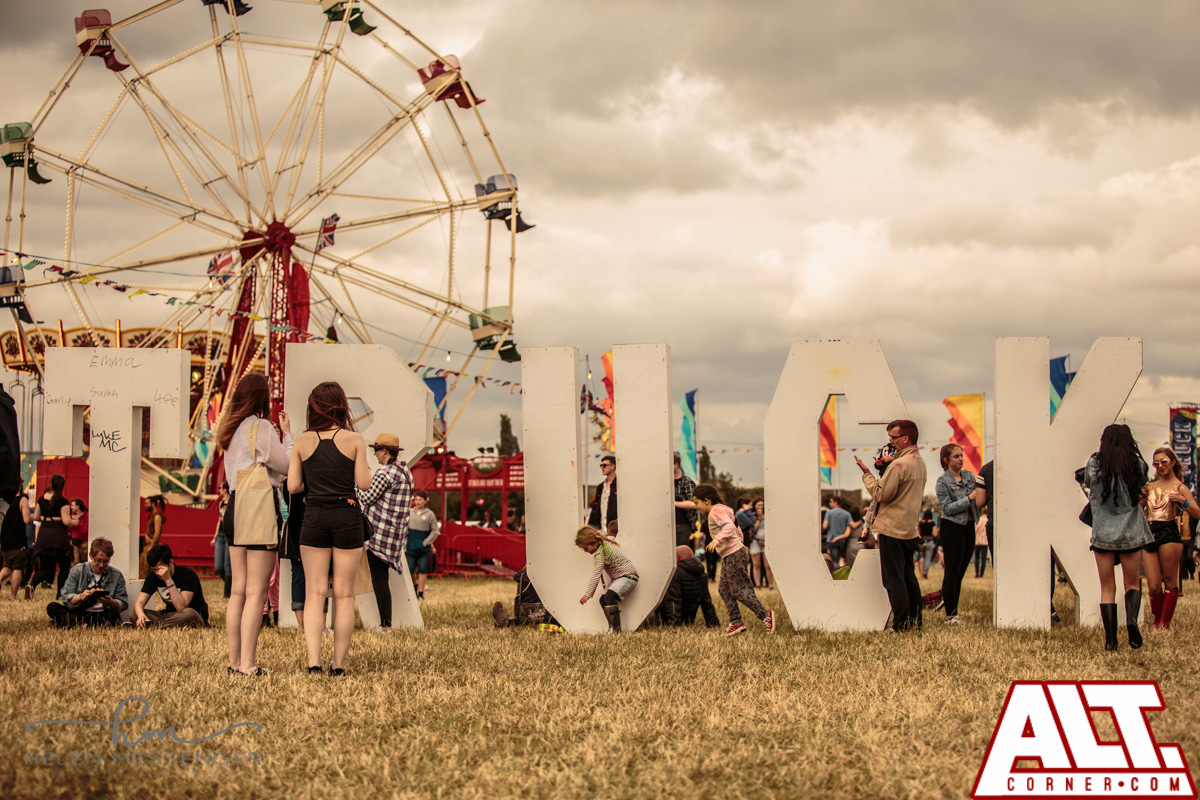 Returning to Hill Farm, in South Oxfordshire for it’s celebratory 20th anniversary was a bigger and brighter ‘Truck Festival’. Well…brighter until around 7pm on the first day when the rain that had been threatening all day finally arrived. Unfortunately a large number of people had only just managed to get into the site and set up by this point due to issues with getting enough people through stringent bag checks quickly enough. There were reports of a 40 minute walk to get to the back of the queue for entry, people were not amused at this point but after a bit of a false start tents were set up, cans were opened and that rumble of noise from the main stage signalled the start of another great summer festival.

For quite early on the first day, with a few hundred people still in the queue to get into the festival the tent holding the ‘Nest’ stage was pretty well packed for ‘WSTR’. The pop punkers hit the stage slightly late to a rowdy crowd of fans and blasting through their short set of bouncing pop enthusiastically.

Janine Shilstone, lead singer of Scottish band ‘Vukovi’ really, really knows how to work a crowd. She strutted, posed, came down to the barrier to snap a selfie all without missing a beat. Definitely more people in the tent than at the end of their set than at the start, the sign of a bands festival appearance gaining them some new fans.

Oxford’s own ‘Catgod’ coming fresh from their EP release show a week previous appeared in the Veterans and Virgins tent (which traditionally showcases the old and the new at Truck) a good crowd as you would expect for some ‘locals’ playing their jazz funk mixture.

Indie rockers ‘The Big Moon’ lucked out with missing the rain whilst being on the main stage and managed to get the ever increasing crowd into the festival spirit with some mad rhythms and great sounding harmonies.

We’re shortly going to run out of words to put in front of the word ‘Wife’ to form new band names but luckily ‘Dream Wife’ have already snapped up this ironic title for themselves. Officially one of ‘Altcorners’ discoveries of the festival we loved the attitude, the noise, the piercing stare of singer Rakel Mjöll which may or may not have been investigating our soul for signs of weakness. The newly massive Market Stage was acting as a haven from the rain at the time, granted but at least 80% of the people in that tent were having a jolly bit of fun.

Three piece ‘Arcane Roots’ are preparing to release their third studio album and included some newer tracks in their early evening set in the Nest tent. As with a few other bands who feel totally at home in a 2000 Trees setting, the Truck festival crowd were a little more unsure and it was a shame to see the tent less full than it was earlier in the day. The band of course were as note perfect as ever. 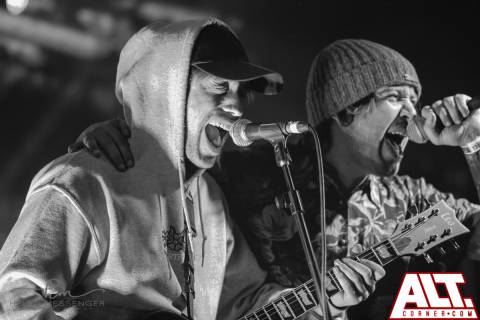 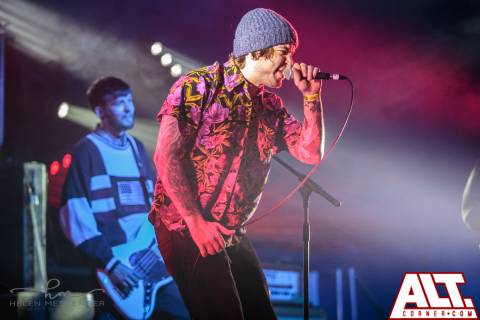 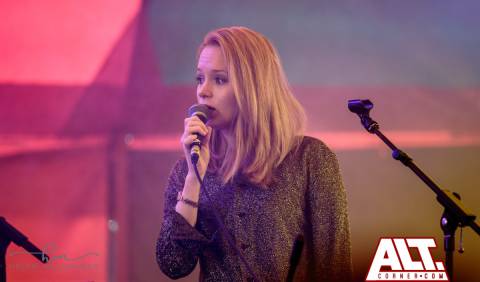 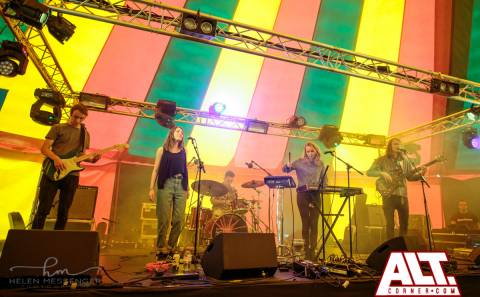 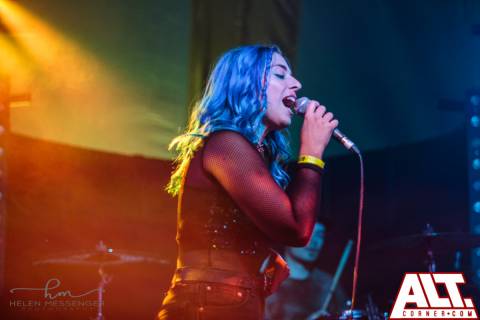 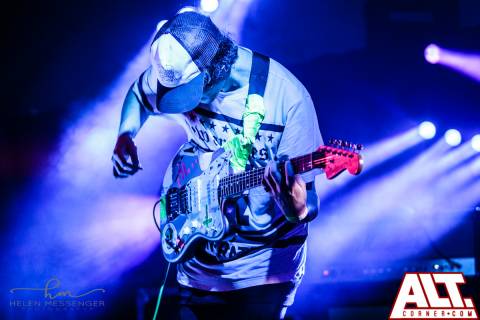 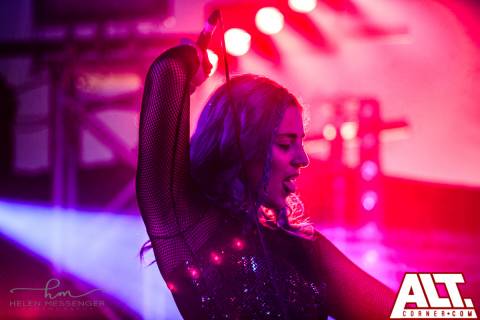 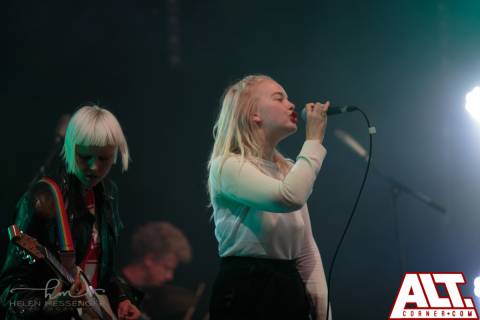 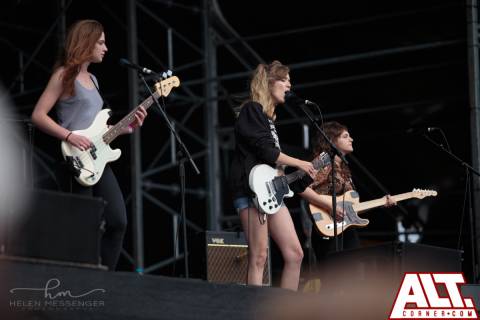 Returning to Truck after a triumphant debut last year (and with a brand new book to promote…) ‘Mr Motivator’ shook off the hangovers and revitalised a now damp muddy Truck crowd with some synchronised main stage mid 90’s aerobics. I mean what else were you going to do with your Saturday morning.

Unsure whether it was the effect of a long wet Saturday, tired legs from heaving through the mud, too many snuck into the arena cans of berry cider or what but there was a distinct lack of atmosphere around for ‘The Libertines‘ big headline slot on the Main Stage. A decent enough performance from the band but not one of their best.

Sunday saw the return of the Alcopop/Big Scary Monsters stage at Truck (complete with Alcopop stage bunting of course) We arrived in time for ‘Alpha Male Tea Party’ who promptly destroyed everyone’s hearing for the remainder of the day. It’s ok, it was all worth it they put in a stonking and confident performance of their skilled noise. Check them out at the upcoming Arctangent festival.

‘Kamikaze Girls’ produced one of our favourite sets of the weekend (completely unrelated to the level of beer consumption at this point of the afternoon) because there is something life affirmingly fun about dancing around to sad songs when they are being performed with this much passion. A smaller crowd than some but a very enthusiastic one. We have the photographic evidence.

No Truck festival is complete without an appearance from Danny and the Champs, this time back in the Saloon of course, on a stage being curated by Danny and Del Day’s Maiden Voyage label. With numerous friends and assistants popping in and out of acts throughout the day it was a proper Truck family affair which made the festival feel like it’s old self again. In a good way.

Right at the end of his current tour ‘Kevin Devine’ hit the Nest Stage solo, playing a selection of his most well known tracks to a very appreciative crowd. We spent the day expecting more rain but instead received some light cloud and even some bright sunny patches however it was evident in the smaller stage that a fair few people had already given up and had headed home for the weekend. A shame, they missed some of the best performances of the weekend.

Also reminding us of Truck festivals smaller more independent roots a performance on the main stage from ‘The Oxford Symphony Orchestra‘ there was a definitely mosh pit, that’s all we’re saying.

Finishing off the Nest stage for the weekend was ‘Jamie Lenman’ fresh from his performance at 2000 Trees festival a couple of weeks previously. Showcasing his solo material and a few favourites from his previous band ‘Reuben’ he gave a great lesson in performance.

Unlike the unfortunate Y Not Festival, Truck managed to complete to the end of Sunday night with final headliners of the week ‘The Vaccines’ playing to an enthusiastic, slightly depleted, tired but satisfied crowd. 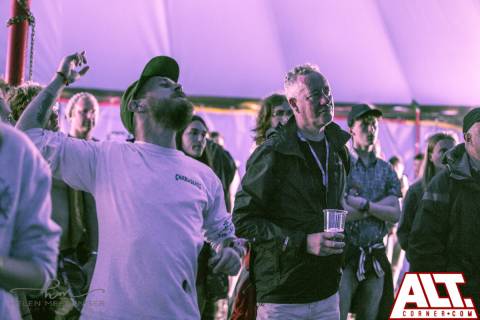 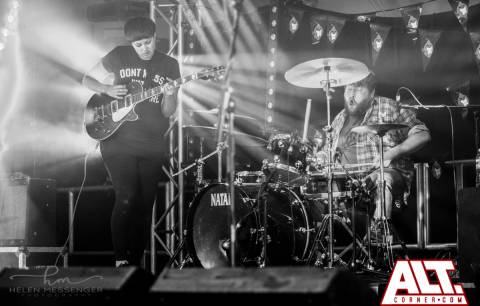 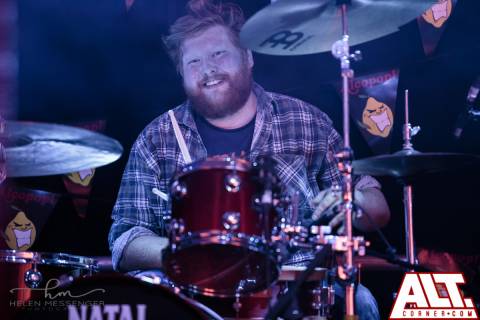 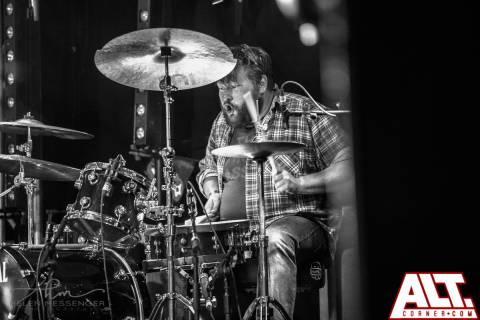 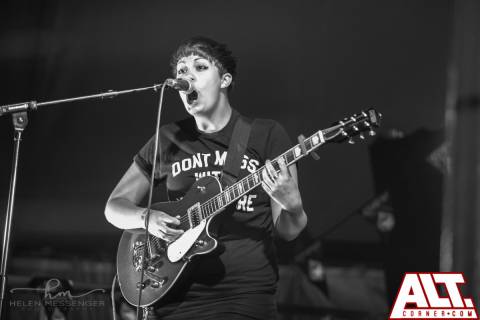 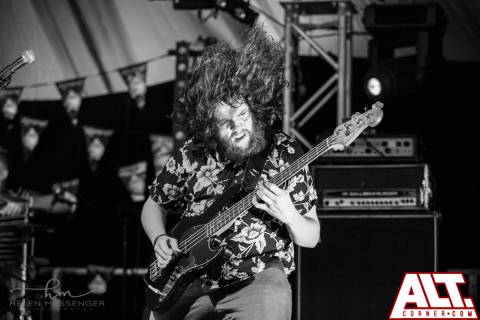 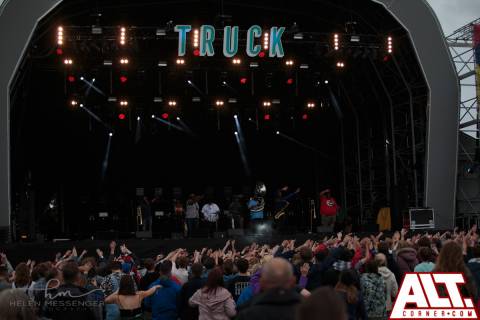 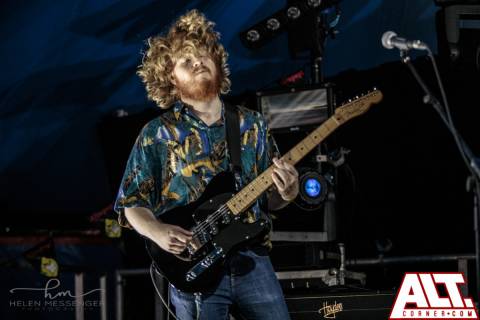 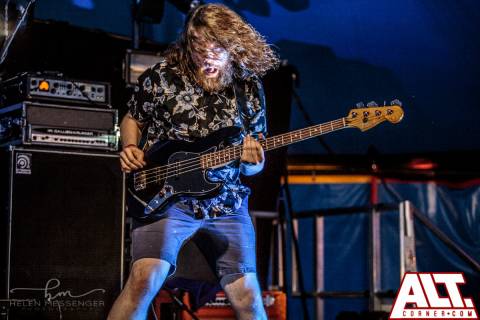 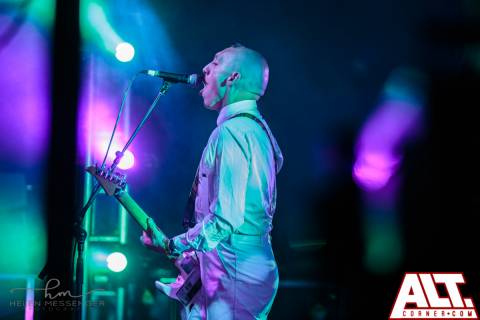 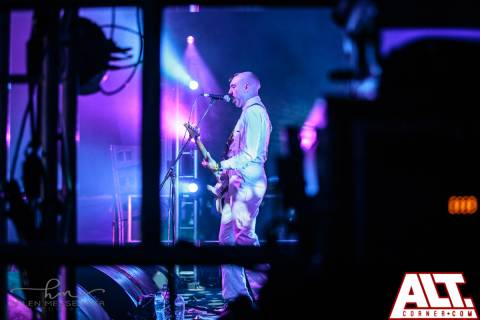 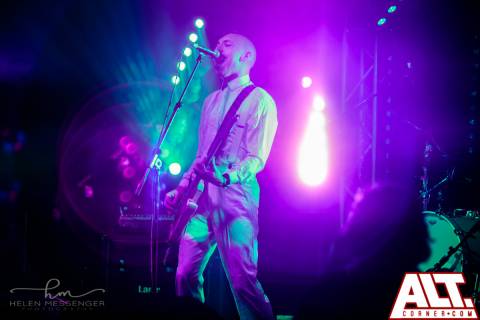