The band cites alexisonfire, Thursday and Young Guns as their influences and whilst I can see them shine through, I really see treasures as a more softer and melodic Letlive with punk vocals shining through and exquisite instrumentals which blend so well it’s like bread and butter. 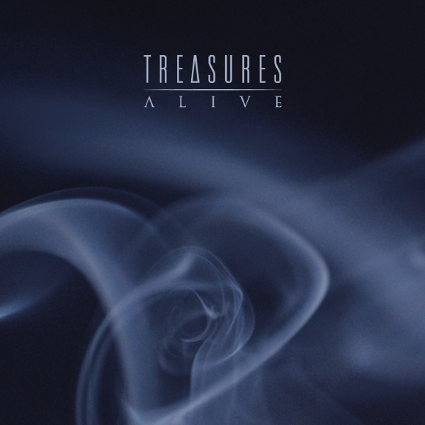 Treasures are an established five piece band from Basingstoke with an Alternative Rock sound who formed in 2012. The band has already gained some impressing credits to their name; sharing stages with Don Broco, Mallory Knox, and Natives, as well as appearances at the main stage at Burnout Festival and playing at Slam Dunk Festival. This is a band pegged for success and it is easy to hear why in the release of Alive – their new five track EP.

The EP opens with ‘Home’, a perfect opening track with a slightly more pop/rock sound that allows you to start loving them easily. A catchy song with sing-along-ability right from the start, weaved together with a great soundtrack makes this song an instant hit with the AltCorner office!

‘Our Friends, Our Enemies’ is another sing-along song blending pop harmony tinged vocals with smooth and slick guitar licks which echo sounds of early Thursday. The ever increasing intensity of this song makes it a real rollercoaster to listen to and makes you imagine you’re running like Rocky Balboa up and down the steps!

‘Do What I Want’ weighs in as a very ‘in your face’ track with the gang vocal chorus of “I can do what I want” which within the first listen will have you head banging and singing along like no one is watching.

‘The Waiting Game’ is a slower tempo, more melancholic track that still delivers a catchy punch. It serves as their moment to showcase their diversity and that they can indeed pull off a slower, deeper lyrical venture.

Closing the EP is title track ‘Alive’ which is a superb finisher to a very impressive release.  The band cites alexisonfire, Thursday and Young Guns as their influences and whilst I can see them shine through, I really see treasures as a more softer and melodic Letlive with punk vocals shining through and exquisite instrumentals which blend so well it’s like bread and butter. This EP will no doubt make a massive splash in the Alternative Rock world and could just be the catalyst to get Treasures where they deserve to be.