Touché Amoré displayed their brilliant version of emotive hardcore at their biggest ever London show, in front of a sold out Islington Academy. Touring in support of their sensational 2016 effort, “Stage Four”, the five piece proved why many consider them the best and forefront of the emotive hardcore scene. Unfortunately initially billed openers, UK […] 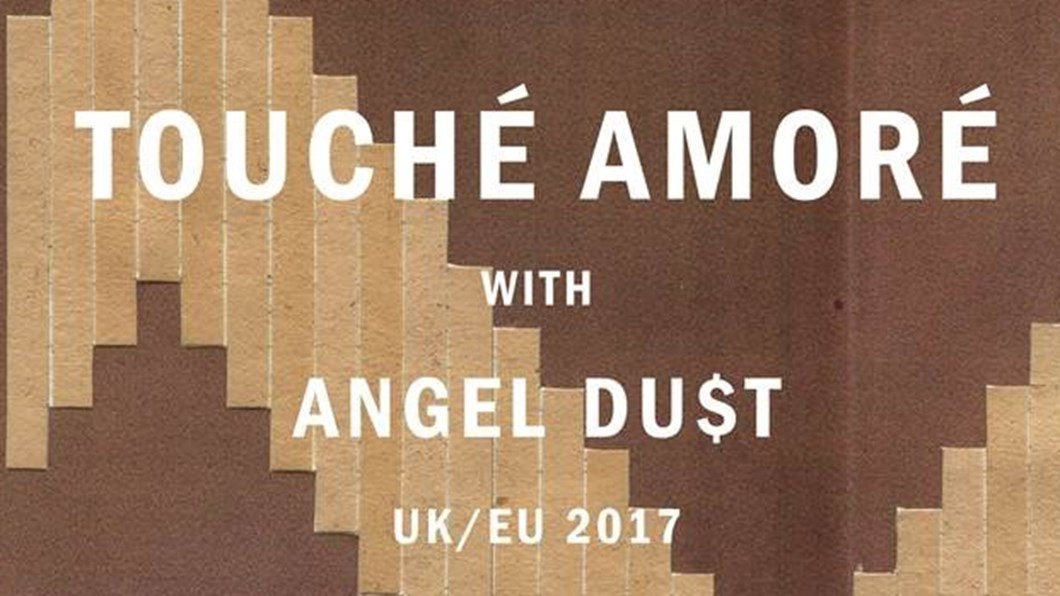 Touché Amoré displayed their brilliant version of emotive hardcore at their biggest ever London show, in front of a sold out Islington Academy. Touring in support of their sensational 2016 effort, “Stage Four”, the five piece proved why many consider them the best and forefront of the emotive hardcore scene.

Unfortunately initially billed openers, UK hardcore band Departures, had to cancel their slot on tonight’s bill due to their frontman being hospitalised with a heart condition. We all here at Alt Corner wish him all the best in a speedy and full recovery, their 2016 album “Death Touches Us, From The Moment We Begin To Love”, is definitely worth checking out if you are a Touché Amoré fan. Filling in for departures was Warm Thoughts the solo project of Touché drummer Elliot Babin. A different prospect to the rest of tonight’s bill Warm Thoughts has a more a singer-songwriter style to it whilst maintaining the punk tinges. The songs were reflective and ultimately for a performance prepared on such short notice was a good opener for the rest of the night.

Main support on the bill tonight came from Angel Du$t an old school style hardcore band consisting of members of bands such as Turnstile and Trapped Under Ice. Their fast paced songs, pack full of energy, were lapped up by the crowd who erupted instantly. The short punk rock songs maintained the crowds interest, and with a small cameo from Touché frontman Jermey Bolm on their final song put the icing on a very accomplished support set.

With an album as emotionally challenging as “Stage Four” it was hard to predict the crowds reactions to the songs when performed live. Touché Amoré opened with the opening track from that album “Flowers and You”. The impact of “Stage Four” on the crowd was clear as every line and word from the opener was shouted back at the band with as much conviction with which it was sung. The setlist tonight drew most of its songs from both “Stage Four” and the outstanding “Parting the Sea Between Brightness and Me”.

The highlights of tonight were always going to be the songs from “Stage Four”, an album that is so personal and open, that to see it translated so well live to an audience who experience every note, was magnificent. Although frontman Jeremy Bolm mentioned that “Stage Four” is an album about loss, it was clear that the context with which it was written, that performing those songs live was not an entirely comfortable experience. It is this honesty in their songs and performances which stand Touché above many of their counterparts and made for a very special evening. This was an exceptional performance from one of the best emotive hardcore bands around.