Headliners tonight were Tigress and they came to the stage with a flurry of energy! They got the hair on the back of my head standing on end. I couldn’t help but notice their bassist was missing but they made up for it with pure energy… 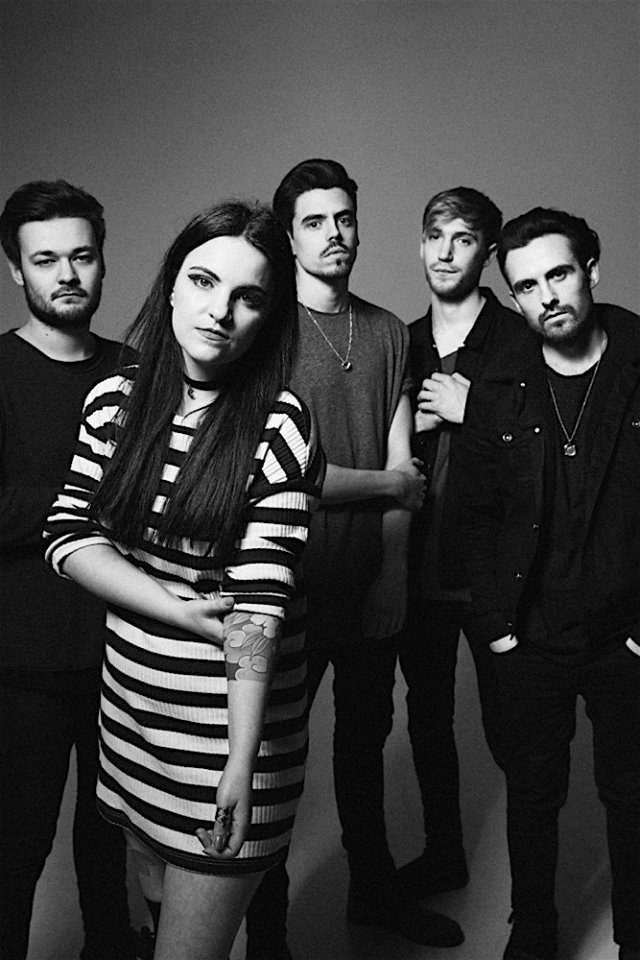 Playing some dirty pop, The Cherry Wave took to the stage.  They lack the melodic feel of most other bands in this genre and played with a guitar that was far too loud which turned their overall sound to a bit of a ruckus. The drums were slightly drowned out by the guitars leaving myself feeling a little bit cheated. The vocals are firmly on the edge of being shouted and his voice broke a few times doing this. There is however, a potential here for them to carve out a niche audience. I can only assume the sound on stage was different to the sound out in the crowd however, the fact the band didn’t stop between song for applause sort of gave the impression that they didn’t have that much confidence tonight. The guitarist must have been told by someone that wammy makes all things good as he didn’t stop using the wammy bar, not even between songs. These guys were let down by a whole plethora of things tonight – to name a few, the woeful sound and some low confidence. I’d like them to work out their sound, developing on their strengths and clear the decks because somewhere, there is something good within The Cherry Wave.
3/10

The Telermen started their set as purely an instrumental act, which was very brave and their bravery set the scene for the rest of the set.  The band didn’t have much choice  as the sound engineer fucked up and their was no vocal sound on stage or with us for the next song. They had a melodic drum sound with a beat you can tap your feet to. The guitar was full of hooks and had the sound of surfer-rock, almost beach boy like. When you could hear the vocals it had a feel of 90s era Charlatans. But, for the first couple of songs the sound was up and down and the vocal was non-existent. They have a very soft sound which was light and fun. Would go and see them again with a better sound engineer for sure!

We Came From Wolves came out and brought the heaviness to the proceedings. This was a great change of pace from the two previous bands. Their sound lies somewhere between Young Guns and Malory Knox and it wasn’t long into their set that I saw my first ever dance pit with moves I haven’t seen since 90s Brit-pop. ‘Where Did Your Love Go’ is a must see live. They are still in keeping  with their political views with tracks like ‘Red Lion’ and ‘Butterflies’ – about bullshit politics. The vocals were powerful and smooth as silk. Either by design or accident the Scottish accent crept through giving them so much more than other Glaswegian rock bands.
8/10

Headliners tonight were Tigress and they came to the stage with a flurry of energy! They got the hair on the back of my head standing on end. I couldn’t help but notice their bassist was missing but they made up for it with pure energy. Vocalist Katy has a powerful voice with an ambience that mixes well with their fun spirit. She has the ability to pull you in and this was ever present during their set but no more so when a fan that was too shy to sing into the mic at the start of the song but was screaming down it by the end. Add to this the banter between songs which was more like a chat between friends, the songs made me feel at home and ready to rock. The drumming while heavy wasn’t over powering to the melody and had this beat you could set your heart to. The guitar play was at times simple pop hooks and this would lure you into a false sense of security before the riffs hit you. You couldn’t help but smile. This is alt rock at its best. They played a new song tonight Shockwave which had me taken aback with the levels of guitar play. They did a sweet cover of Lithium by Nirvana which had the whole crowd singing along as they put their own stamp on to it. During their set I saw something for the first time that I don’t think I will never see again…someone thrown out of the club for moshing excessively. But the band did give that man a t-shirt for his enthusiasm. They finished on ‘Alive’ which left me wanting more.