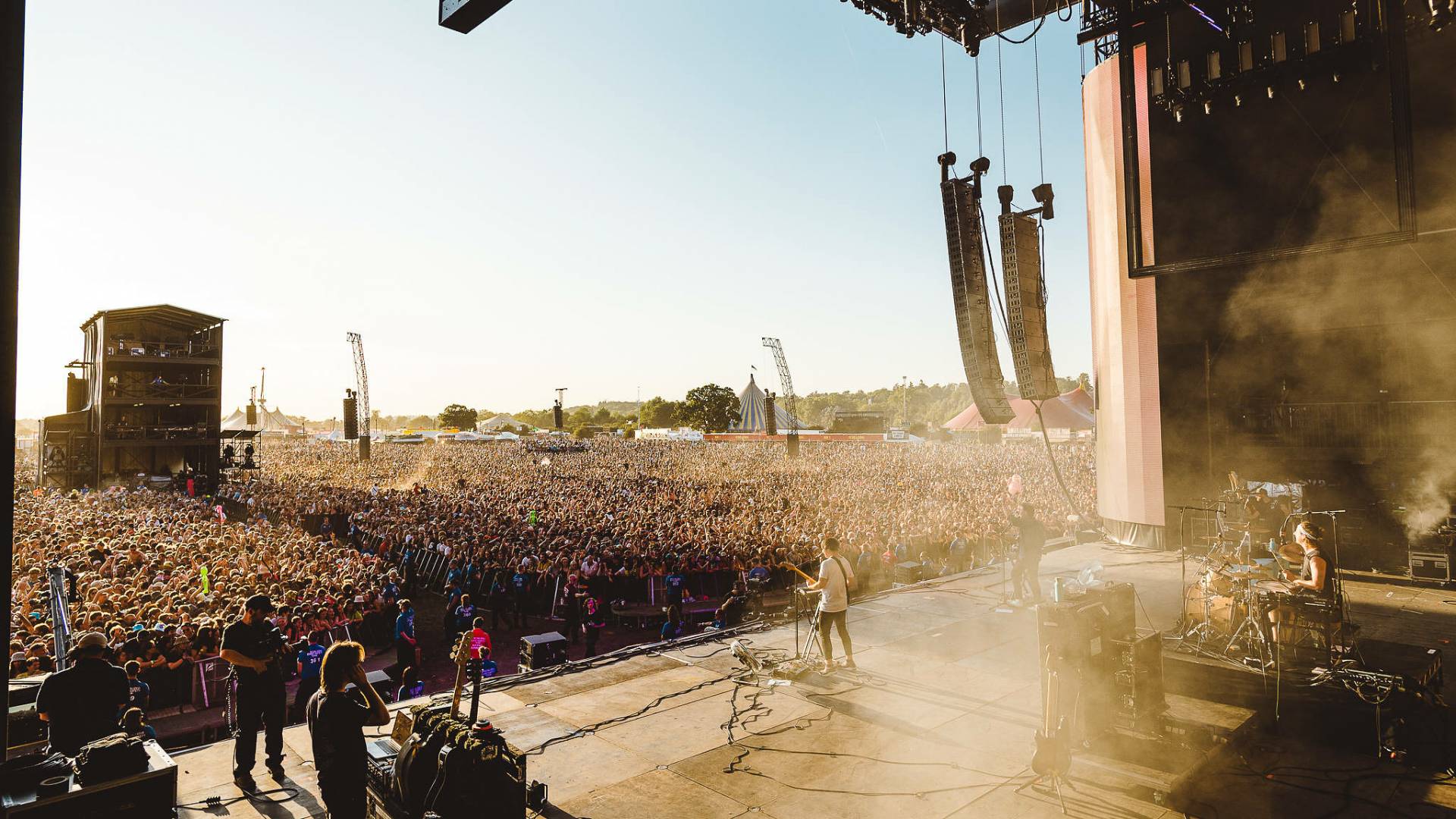 The next band to grace the Main Stage was the utterly sublime, the always impressive, the indie heavyweights – The Wombats. In a set that took me back almost exactly a year ago (removed by one day given the fact they played Saturday of Reading Festival in 2018), the Livepool based band delivered an almost identical setlist to the one they performed just 12 months ago. Now, the phrase ‘if it ain’t broke, don’t fix it’ springs to mind as they were still as brilliant as ever and arguably more well received by the crowd this year as opposed to last.

Their latest album ‘Beautiful People Will Ruin Your Life’ has been out for getting up for two years now so these songs aren’t fresh off the press, which in turn, has allowed the die-hard fanbase that The Wombats possess to adopt them into their hearts. Hits like ‘Cheetah Tongue’ and the adorable ‘Turn’ have become part of the essentials within their discography, both tracks inducing crowd-driven sing-alongs to each and every line. Their full set which boasts early indie dancefloor classics such as ‘Let’s Dance to Joy Division’ and ‘Moving to New York’ – both of which stir the pot and engage the crowd as they dance, mosh and jive to these timeless tracks only showcase just how essential this three-piece is to the UK scene. Derived from a scene that looked to be one that could be predicted as being ‘flash in the pan’, The Wombats have evolved both musically and performance-wise to go through the gears, paving themselves a path that has led them to be mainstays on the Main Stage of festivals all across Europe.

On today’s outing, it is no surprise that despite it being over 16 years since their inception, they are still pleasing a multitude of music fans with their unique take on post-punk meets indie – with an added dash of raw, honest and tongue-in-cheek lyrics. The crowd participation was a sight to heard and believed, with every single song amongst the set being bellowed back to front man Matthew Murphy who alongside band mates, Tord and Dan, bathed in the sheer love and passion the devoted crowd was showing to them. As the three-piece come to the end of their current album cycle to work on Album number five, Reading and Leeds served as the perfect place to bow out…for now.