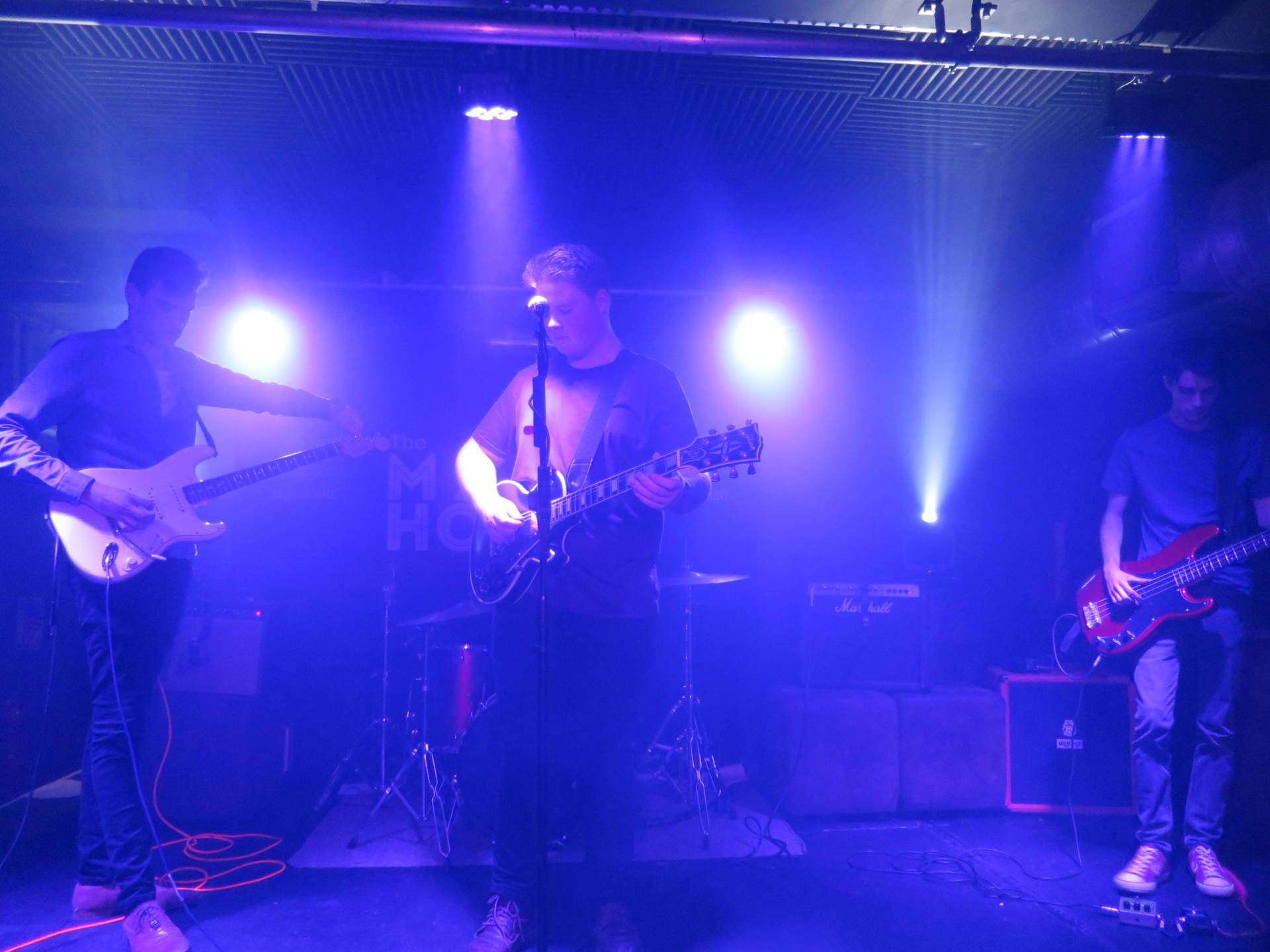 Today’s gig took me on a bus ride from Glasgow to Edinburgh and over to the Mash House. I turned up expecting a small crowd…what I found was a queue and a packed venue.

To start the night was Chris Greig, the reason I had come tonight. He is an indie acoustic artist with a captivating vocal delivery. He only played two original’s tonight as he is only just starting out but, I really did like his track ‘Down That Road‘. In Between his own songs he played a George Ezra cover which the crowd loved. However, this was more an impression than a cover (speaking to Chris afterward he told me he had to extend his set by ten minutes as a band had pulled out and this song was added just before he went on stage). He ended the set strong with his cover of Dakota which is the reason I came down tonight. I will have to go back and see him play again once he has a few more of his own songs under his belt.

Up next were The Carvelles. They are three guys, one guitar, drums, keyboard and synth. They have a electric indie rock vibe and I love their Arctic Monkeys cover. They had the look of a band that was just having so much fun on stage. Saying that if they had played a few more original songs (especially for a band who had a CD for sale) I would have liked them more. From tonight’s gig I couldn’t really judge their true potential though as they were all the cover songs.

To end the show The Serum took to the stage. These guys are why I love grass roots music. They provided a grunge rock sound, with a 90s self-made grunge feel. With sultry vocals and a heavy guitar I was enticed to move around like an idiot. Add to this a good bass drum and you will be banging your head along, like me, within seconds. For an idea of their sound, check out their song ‘Sonic Screwdriver’. Tonight it was weird again to see a band member in their own merch, this time it was the drummer. This might have been due to the fact that he is off on a around the world trip and wanted to show his support. They were blown away by the crowds reaction and when calls of “one more tune!” rang around the venue, they had to go to a cover song as they were not expecting the response and had nothing prepared.