Although small, tonight went well. It is nice to see a packed club, showing that people still enjoy actual live bands. All acts were outstanding. The People The Poet, The Broadcasts and Vince James all showed that true talent really does still exist. 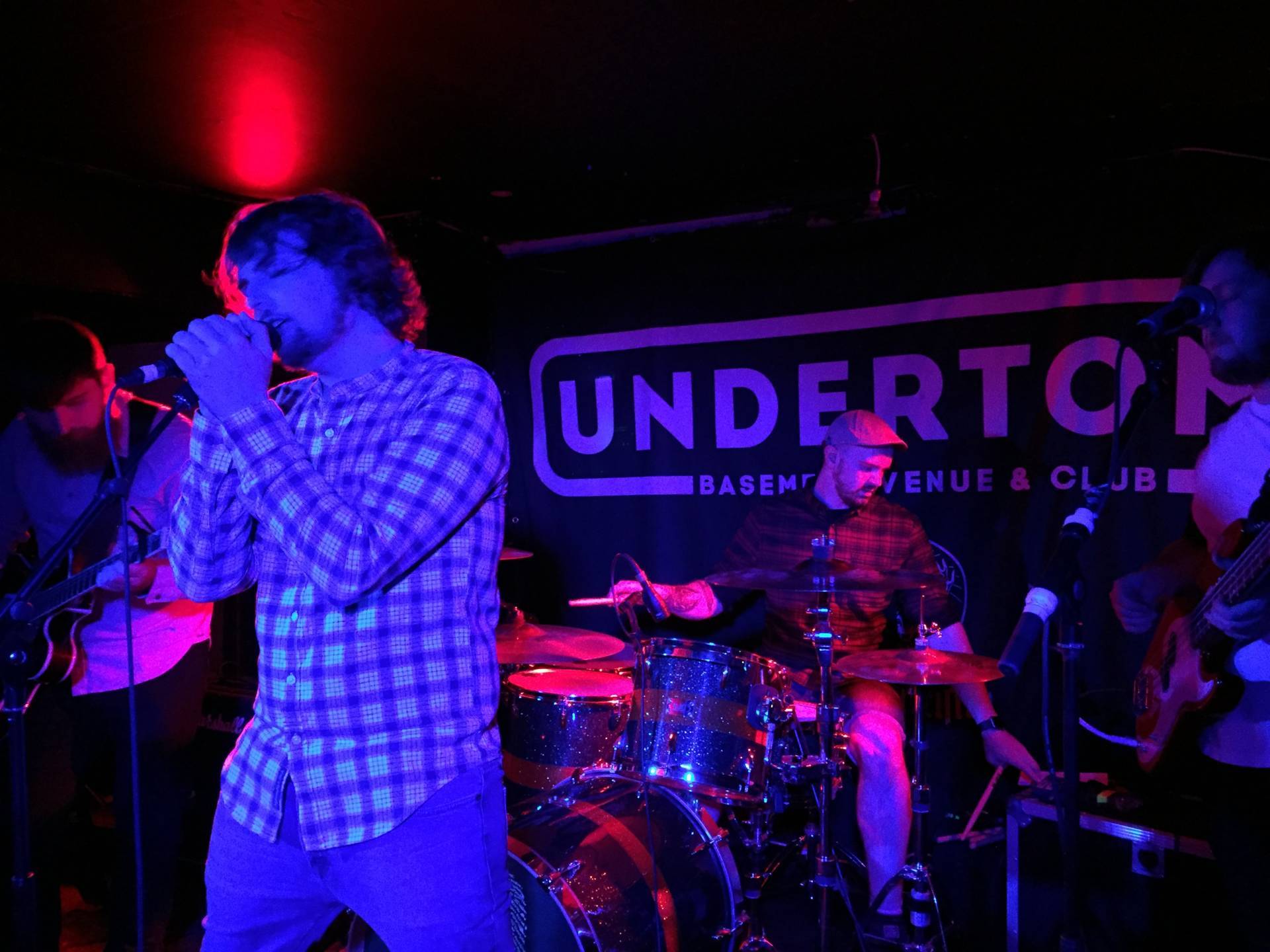 Undertone is perhaps a club that can easily be missed due to it being tucked away at the side of another club. A basement venue, Undertone is rather intimate and tonight it plays host to Vince James, The Broadcasts and The People The Poet

Starting the night off is an up and coming artist called Vince James. Doing a more acoustic-driven set, he is the perfect opening act. His array of songs such as opening track “Flash Before My Eyes” and others including “Three Years”, “Long Gone” and single “Forget Last Night” show off his folk style voice excellently.

The second act of the night was The Broadcasts, fresh from their set at Valleys Soundfest, the band still have that joyful energetic presence that get the crowd moving every time. The crowd happily danced along to “The Future” and went ecstatic when “Hope” was played. They get people in the party mood and for this, I love them.

Then there was the headliners, The People The Poet. The familiar Brit pop style tunes of “Match Day”, “Club 27”, “Same Heart” and “When The Fire Goes Out” are enough to get the crowd highly engaged and happily singing along. The crowd also participated in the anthem style gang vocals at any given moment. Whether it’s a large hall or an intimate club, from taking the piss out of Pontypridd to lyrically addressing something as serious as drug addiction, these guys know how to put on a show. They never disappoint. Everything is on point and  they are an absolute joy to watch. It is easy to see why they have such a large following and  always pull in a big crowd. I would recommend going to see these guys at least once.

Although small, tonight went well. It is nice to see a packed club, showing that people still enjoy actual live bands. All acts were outstanding. The People The Poet, The Broadcasts and Vince James all showed that true talent really does still exist.