The People The Poet – Paradise Closed

The EP is a fantastic release from the 4 piece. Following on from the storytelling of The Narrator, Paradise Closed, is another indie infused belter that showcases the lyrical and musical talent The People The Poet possess. 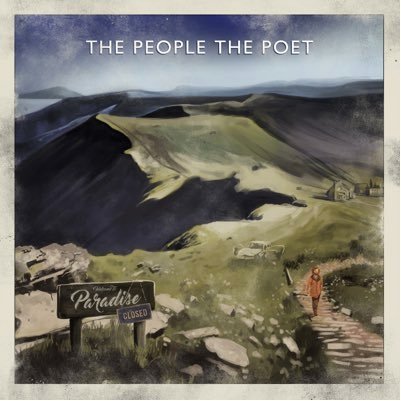 The opening track “Happy Being Miserable” despite its name, has an upbeat tempo that will get you up on your feet, dancing along. It also hints at the humour and sarcasm the band harvest. “Club 27” is written about the infamous “27 Club”. It is slightly slower than the previous song but kicks in towards the end where no doubt the crowd will be singing along to, while next song, “Match Day” has a catchy as hell chorus.

“Same Heart” is an anthem like song about the state of the world.  The gritty voice of frontman, Leon Stanford just adds to the emotions that can be felt throughout this song. “Needle in a Haystack” is a song that is written beyond the grave. It pulls on the heartstrings as it tells the story about a parent losing their battle with addiction. With a change to a slower pace from previous tracks, the final track on the EP is “When The Fire Goes Out”. It is one of those songs where you can image the crowd singing and swaying along with their lighters flickering in the air.

Overall, the EP is a fantastic release from the 4 piece. Following on from the storytelling of The Narrator, Paradise Closed, is another indie infused belter that showcases the lyrical and musical talent The People The Poet possess.  9/10