It was time for me to head across the bridge today to tick something off my bucket list. Seeing The Misfits live. Here is the review of the evening… 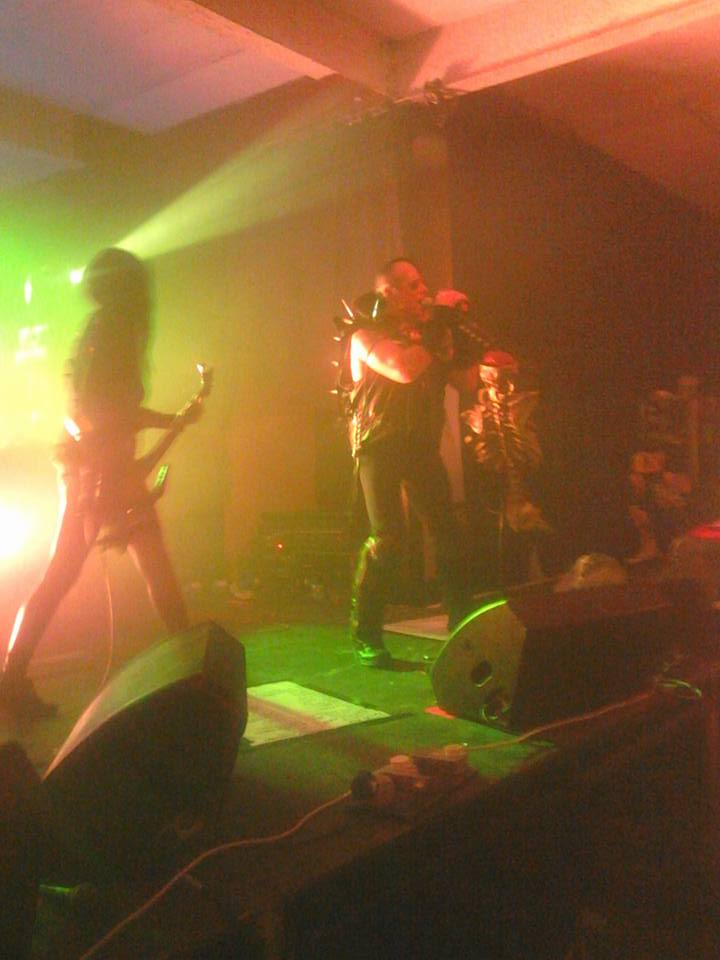 It was time for me to head across the bridge today to tick something off my bucket list. Seeing The Misfits live. Surprisingly I didn’t get lost heading to the venue which from the outside, looks more like a prison with its high walls with barbed wire atop than a music venue, although perhaps somewhat fitting for the horror-punk legends visit.

Opening the show were Southampton goth-punk quintet Creeper, this show followed on from their headliner I was at in Cardiff and I was excited to see how they went down among the legions of dedicated Misfits fans. As is usual for an opening act, the majority of the crowd were either still entering the venue or at the bar but that didn’t last for long after the opening of We Had A Pact and throughout their six-song set, more of the crowd became interested and enjoyed the set which featured singles Gloom, VCR and new single Lie Awake before closing with the rock-ballad Novena, possibly the only song that can have you swaying along one minute, and rocking out the next as Dan Bratton’s drums kick in bringing the set to a rousing close. Another flawless set from the rising stars.

Up next was Nottingham quartet JD & the FDCs with their energetic rock set, getting the crowd off their feet and rocking along. There were guitar picks flying left, right and centre after every other song as lead vocalist/guitarist Jamie Delerict and bassist/vocalist Joey Strange were very generous in giving away their picks, with Joey even going out of his way to place one in my drink in a break between songs. There was plenty of competition going on with Jamie looking deflated after losing out in the battle of the lungs to Joey for the first time on the tour, although a strong vocal performance from Jamie throughout proved he was the true winner! Dedicating the penultimate song to the front row of the crowd, Jamie cheers “this song goes out to the front row because you’re all so pretty”, which earns a cheer from all of us. There was also threats/promises of them starting the set over again if the crowd messed up during closer Burn This City Down, which saw Jamie ditch his guitar and jump up against the barrier, picking random members of the crowd (including me) to sing a line. All in all, a great set from a band who show a lot of promise.

Suddenly, the floor was packed, the pit was ready and there was no way out for those of us at the front. It was time! Screams and cheers erupted around the room as Eric Arce, Jerry Jnr and Jerry Only take to the stage, getting straight into Static Age, hardly pausing for breath as they play through the entire Static Age album in full. Delighting the screaming and crowd-surfing horde of horror-punk fans with a show that makes it clear how they have been able to last so long and engage fans young and old alike. There was a pause in play for Jerry Only as he relinquished bass duties for London Dungeon with She Demons bassist (and model/actress who has appeared in Black Veil Brides music videos and Legion of the Black short film among others) Alicia Vigil to show off her talents. It was a case of show us your greatest hits after Static Age had been played with arguably their biggest hits American Psycho, Speak of the Devil, Dig up Her Bones and Scream following straight after each other, causing a frenzy among the mosh-pitting crowd followed by new release Vampire Girl, a track that makes everyone in the crowd realise that they still have the proverbial ‘it’ and that there is no sign of the band stopping any time soon! With a rare break in playing the hits, Jerry tells the crowd that there is no curfew for the show and that he hoped there wasn’t anywhere we had to be, which sparked a reaction the band wanted, with everyone insisting that they weren’t going anywhere although if we all had it our way, the set would still be going on into next week! Most people would assume a 37 song set-list would be too much, but not when it comes from a back-catalogue dating back to 1977 and as the opening chords to Halloween played, there was a joyous yet sombre atmosphere in the air as The Misfits brought the house down with the fan-favourite as a closer, the crowd delighted to have seen their heroes, yet sad at the end of such a superb and spooky set. Although that wasn’t the end to the night because after the final note, Jerry snr and jnr jumped straight into the press pit, followed closely by drummer Eric to speak to every fan that was waiting, handing out setlists and guitar picks. Ensuring that an amazing night was topped by the generosity and humbleness of one of the worlds greatest bands!