‘The Lucid Dream’ is an album written and created by music fans for music fans. A real treat for the ears and we guarantee it’ll be like nothing you’ve heard before. 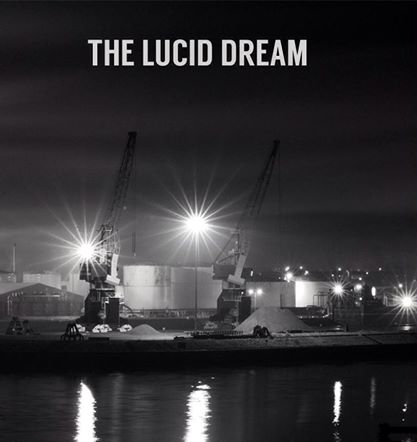 The Lucid Dream first formed around 2008 in Carlisle, Cumbria. In their time as a band they’ve released several sold-out 7”s, and EP and a debut album ‘Songs of Lies and Deceit’. Not to mention their widespread touring they’ve done including 4 European tours.

That was then and this is now… The  Lucid Dream’s new album came into AltCorner HQ via the post from our friends in Prescription PR and what a whirlwind this album was to listen to and review.

For starters their name ‘The Lucid Dream’ in an age where bands are called all after all sorts of things such as  rooms in a house to a random assortment of profanity, this band could not be named any more accurate.Purely because listening to them is like being in a dream and a daze where everything just evaporates and it’s hard to focus on anything but the mesmerizing music being put before you.

The whole release was incomparable to anything I’ve listened to in the sense that I was unsure what genre this was supposed to be nor did I necessarily understand what it was supposed to be. In a warped path combining  psychedelia with Brit-pop influences alongside Kasabian-like introversion, The Lucid Dream rather spectacularly arrive at their sound.

The self-titled album offers a real interesting listen and believe me it’s dominated the AltCorner speakers since we recieved it. It truly is a unique release which in turn means i can’t, personally, name a single similar band. With some great tracks such as the slow burning but equally ferocious intro track ‘Mona Lisa’ to the delightful ‘Morning Breeze’ it’s an album full of individual tracks which all weigh in as heavyweights in this record.  ‘Unchained’ serves as a real stand out track and possibly the most easily accesible with it’s almost 70’s like throwback style that echoes a range of influences that it is obvious The Lucid Dream possess. The whole album makes me want to go to a field with lots of friends, have a drink and partake in other pass times as we drift away with the help of  beautifully renditioned music taken from this album.

I don’t believe that this album is an ‘easy-listening’ album and it’s not something that I’d necessarily listen to in my car or on a walk to the local shop because when i tried that, it lost it’s ‘epicness’. To truly enjoy The Lucid Dream; you need your favoured beverage, a good set of headphones/speakers and somewhere comfy so you can relax and take in everything they create spanning  from the large riffs to the miniature and obscure synth parts to the overlaid vocals which ooze through the wind of the tracks. When you do take it all in…it will be breathtaking and you will be in complete awe of this marvelous creation.

‘The Lucid Dream’ is an album written and created by music fans for music fans. A real treat for the ears and I guarantee it’ll be like nothing you’ve heard before.