Fever 333 live at Leeds University Stylus was an interesting night, that’s for sure. The decision to not have an opening act left a vacuum of time between doors and the band taking the stage, as the sold-out room slowly filled. There was a distinct goodness in the air, however. I’d got myself on a sort of balcony, overlooking the ground below that I knew would later become a massive pit. 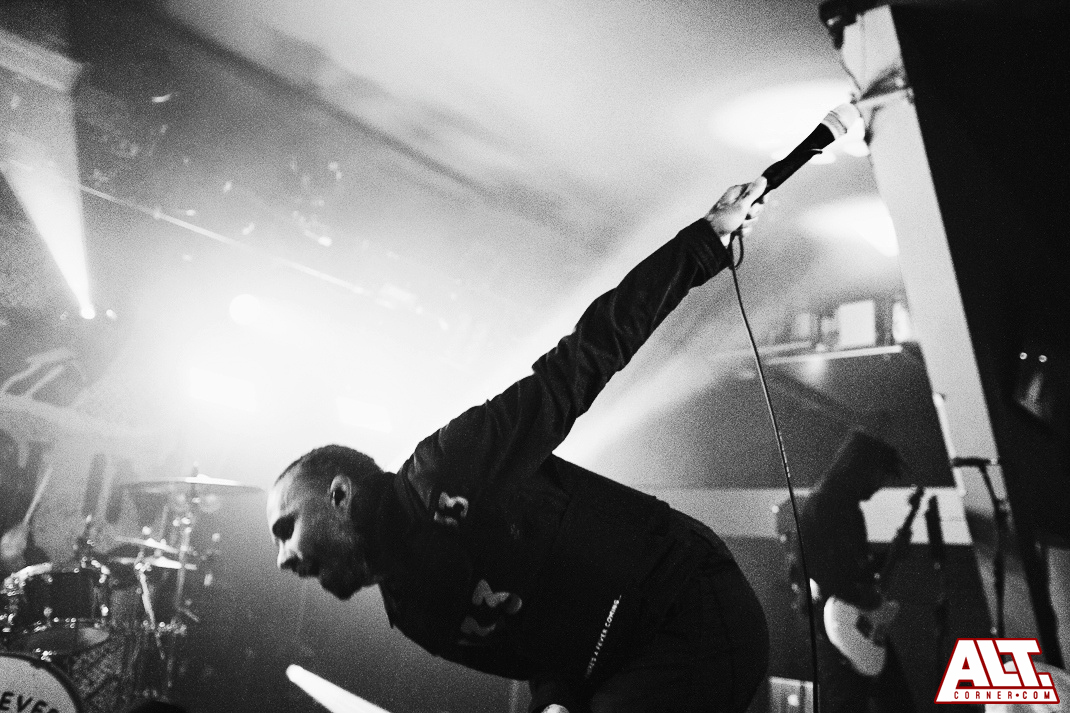 The band took the stage and instantly it was all out energy from all three members. Jason Butler bounces around the floor like a madman, not caring if his mic wraps itself around any one of his appendages. Guitarist Stephen Harrison is likely the undisputed king of guitar swings, sending his instrument flying around his body as if he was the sun it orbits on more than one occasion. Aric Improta, despite sitting himself behind the drums, still manages to find time to mount his instrument and perform a backflip or two.

Musically, Fever 333 are very much a “what you see is what you get” sort of band. If you don’t like to mix politics and music, you wouldn’t want to listen to their record, let alone see them live. But you wouldn’t get out of it without first being asked why, and that’s OK. From their lyrics to their on-stage speeches, Fever 333 question and push back against anything that doesn’t seem quite right. They advocate equal rights in every way in which they can be achieved, and they are humbled to be able to do what they do. But first and foremost, and arguably most important, they are entertaining. I had listened to only a handful of their songs a handful of times before the show, but I wasn’t bored for a second.

With a light and shadow show from behind the sheet that covered the stage to an explosive opening with ‘Made An America‘, a mellow piano-led solo rendition of ‘Am I Here?‘ from Butler and even his choice to perform ‘The Innocent‘ from within the pit, the show pulled no punches and the band never for even one second held back. And really, when it comes down to it, that’s what you want from a rock band. That’s what you want from a rock show. Inclusivity, good songs and a damn good time.

And that’s what you get.