On day two of joining Australian pop rock sweethearts The Faim on their headline tour, we head to an absolutely packed The Exchange in Bristol for a sweat box of a show! 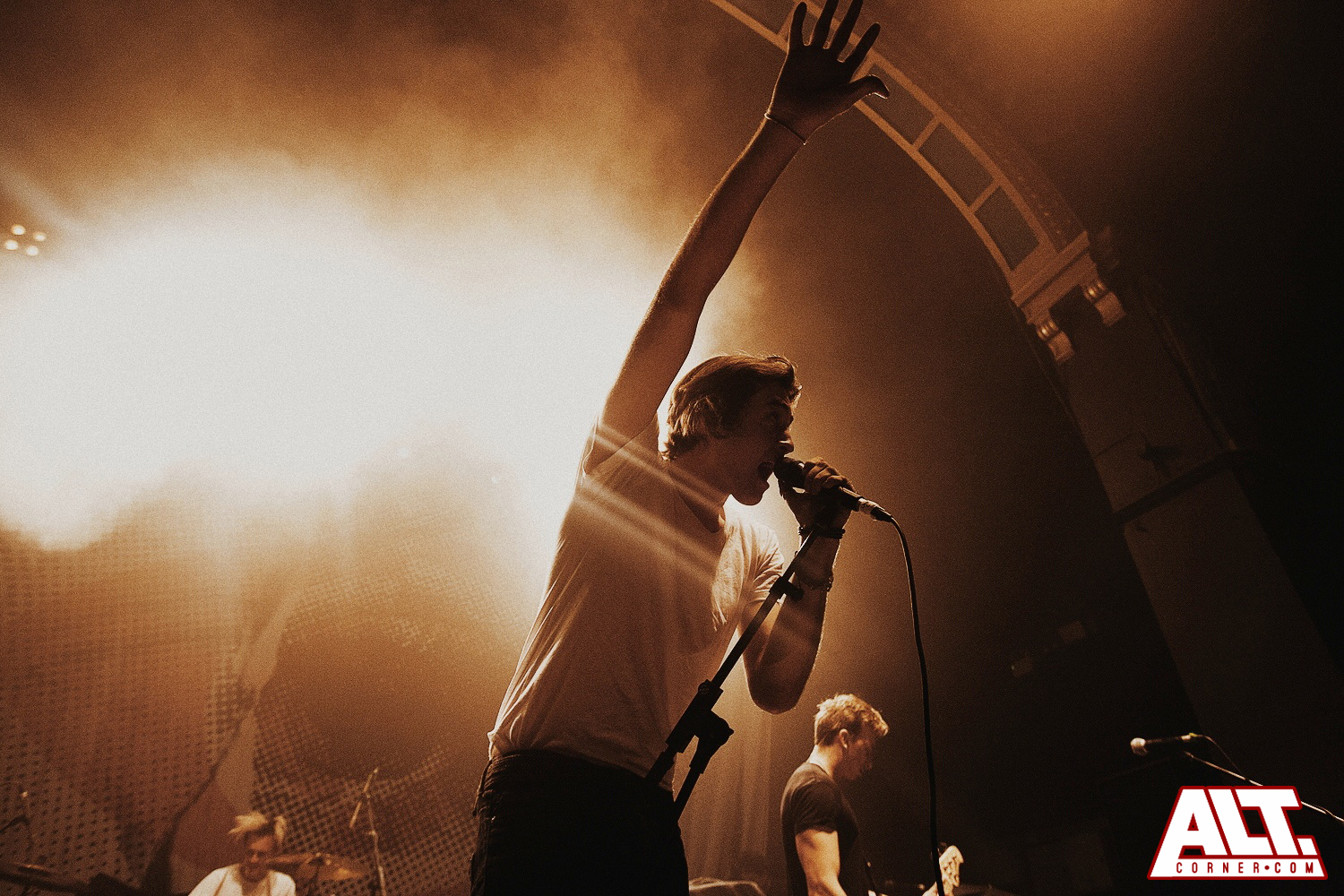 With barely enough room to swing a cat (metaphorically of course, we’re very anti-animal cruelty!), a near sell-out crowd at The Exchange are blown away by Italian pop rockers Halflives who kick off the night with a bundle of energy. Frontwoman Linda is a breath of fresh air, with some of the best female vocals I’ve ever heard and a voice that perfectly suits the chosen genre, something that some female (and male) vocalists struggle to achieve. The crowd are extremely receptive, singing along where possible and getting involved. Very catchy pop rock that I have been waiting to hear live for a while now and for two nights in a row, I was anything but disappointed!

US duo Chapel hit the stage next for a set of alternative bangers! With vocalist/guitarist Carter Hardin introducing his best friend on the drums Kortney Grinwis and his other best friend; his 15inch MacBook Pro, you know from the start that you are going to be treated to great crowd interaction as well as some classic indie-pop! Again the crowd are very receptive, participating in various chants, singing and jumping along and hanging onto Carter’s every ditty. Musically, we are delighted with tracks including Fools Gold and many more, alongside a couple of new tracks like Mushy Gushy to give a sneak peak at the duo’s new record!

The moment the crowd are waiting for arrives as Australian pop rockers The Faim take to the stage, bursting straight into debut single Saints Of The Sinners. The entire crowd (including parents) are either off their feet or bopping along but all are singing their hearts out, which helps out frontman Josh Raven a lot as he has been struggling with illness. Despite his lurgy, he is his usual bundle of energy, not letting his performance be affected at all (aside from the odd one or two of the high notes that he does struggle to reach, but that’s me being picky and just comparing to the multitude of times I’ve previously seen them. But hey, he still sounds great and put on a hell of a show so all the blame goes on the lurgy for the only minor flaw). We get a taste of the forthcoming debut album with two new tracks, the (at the time of this being published) recently released pop anthem Fire and the edgy Animal Heart, both going down extremely well with the crowd.

Things get emotional as Josh heads into the centre of the faimily for an extremely heartfelt rendition of Where The River Runs, choking up himself at various points throughout the deep ballad, something that probably did not help the legion of fans who already find the song (albeit a beautiful one) to make them an emotional mess (myself included!). A lovely touch from the fans is seen during A Million Stars when phone lights are waved through yellow paper stars to create the illusion of a million stars. Frontman Raven has an almost Brendan Urie feel about him as he commands the crowd, all of whom are hypnotised by his stage presence and if he says jump, they say how high!

The harmonies from keyboardist/bassist Stephen Beerkens and guitarist Samuel Tye add an almost mystical feel to the set and both, along with drummer Linden Marissen absolutely smash it. Closing with monster single Summer Is A Curse and a crowd surfing experience for merch manager Ollie, we are left not only wanting the set to continue on forever (not even an exaggeration) but also with an absolute tonne of tracks nestled in our heads like (very welcome) earworms.

If you’re heading to, or thinking about going to any of the dates, you will not be disappointed by any of the acts on display!