Parasites, the new EP from South Wales trio The Decoy, is one of those that you simply can’t just listen to once, and I know that because I’ve had it on repeat for hours now… 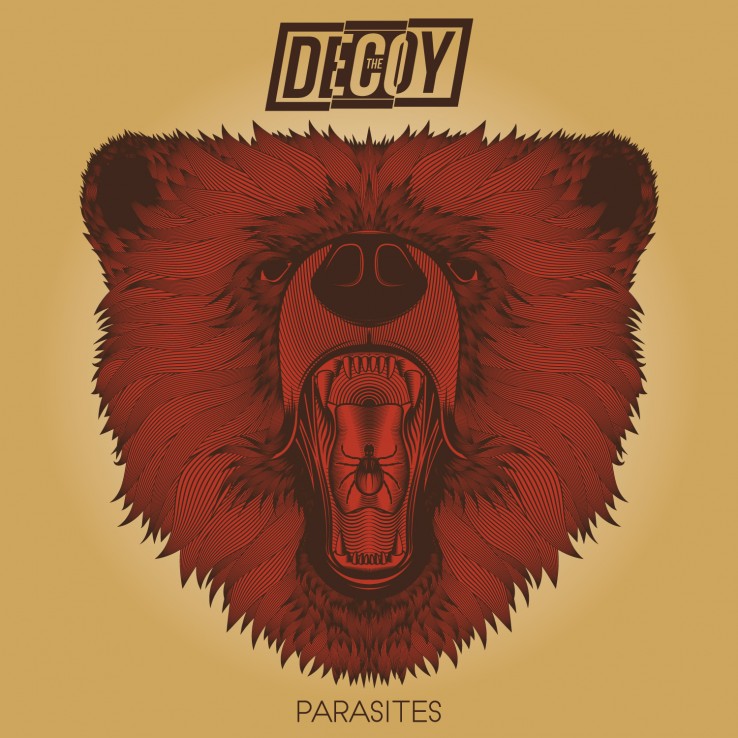 Parasites, the new EP from South Wales trio The Decoy, is one of those that you simply can’t just listen to once, and I know that because I’ve had it on repeat for hours now.

The EP’s immediate launch into infectious riffs and punchy vocals is something you would expect from a band who describe themselves as alternative rock, and it will not surprise anyone who listened to any of the tracks from their previous EP, Mirrors. However, members Lewis Barber (guitar and vocals), Joel Williams (bass and vocals) and Luke Blake (drums and vocals) waste no time in showing how much they’ve developed musically in the past two years, combining clean vocals with screams that, at their heaviest, are almost reminiscent of early We Are The Ocean.

Despite opening with the line “just short of feeling bored”, you can rest assured that is not how EP opener ‘Moustache Cash Dash’ will have you feeling. Despite the fact the song doesn’t even reach the 2 minute mark, it’s a perfect glimpse into what can be expected throughout the rest of the four track EP – catchy riffs, strong vocals, intelligent lyrics, and a lot of fun.

‘Vultures’ is short and to the point. The track is clearly about someone being after one of the member’s girl, and the repetition of “she’s my girl” in gang vocals make it clear that they are not letting her go easily. This song is the most bouncy of the four, making it feel, at least for the first half, that it could almost be song from a The Story So Far album.

‘Parasite’ is the longest track on the EP, and shows an impressive amount of musical complexity. Starting with quiet guitars and vocals, the song builds up to chords that wouldn’t sound out of place in a metal song, and thrashing, harsh vocals, which are expertly laced with more mellow interludes throughout the track. This is all before an attention grabbing acoustic breakdown that leads to gang vocals that you can’t help but sing along to, before the song concludes with “I’m a fucking parasite on society” being repeatedly and whole heartedly shouted over the top of some more strong chords until the song’s rather abrupt end.

The EP’s closing track, ‘Andyouism’ exudes confidence and swagger from the offset and is without a doubt the stand out track of this release. After a slow building 10 seconds of teasing upbeat chords at the start, the track explodes into an anthemic chorus that is impossible to listen to without wanting to turn the volume up to max and have a good dance. And it only gets better from there, making Andyouism the perfect closer to such a superb EP.

Overall, Parasites is a fresh, original EP that challenges a lot of alternative rock cliches, while being familiar enough that it will undoubtedly have a huge level of appeal to most rock fans. The combination of angry lyrics and upbeat guitars is something that The Decoy have clearly learned how to pull of seamlessly during their 6 years as a band, and this is evident in every track on this EP. But then it’s all over, and you are left anxiously awaiting The Decoy’s next roaring release, reeling from the fact that this EP is simply not long enough.