Three-piece alternative rock group The Decoy have just released a seriously groundbreaking album called Avalon. With every song showing striking vocals, as well as experimental instrument use, which was one of my favorite things about this album. Each track shows a raw, unique sound which I’ve never heard before making it endlessly-playable. 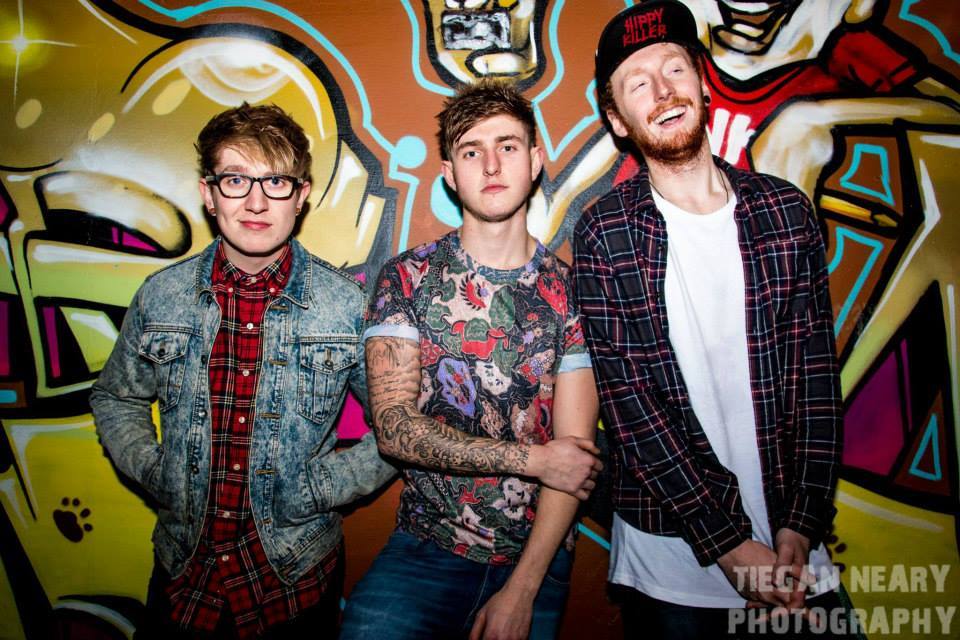 Three-piece alternative rock group The Decoy have just released a seriously groundbreaking album called Avalon. With every song showing striking vocals, as well as experimental instrument use, which was one of my favorite things about this album. Each track shows a raw, unique sound which I’ve never heard before making it endlessly-playable.

The first time I listened to this album, I was immediately blown away by how well written each track was. The instrumental work within this album is extremely ambitious, which is one of the many things I absolutely love about the tracks.

The album consists of 10 outstanding tracks. It opens with the song ‘Black Mountain Radio‘, which starts off with muffled sounds which makes you just want to dive in deeper it. As the song progress, each verse has a mind of its own as each instrument changes to create a diverse sound which I am totally in love with. The second track featured on the album is ‘Cold’ which is mind-blowingly awesome in my opinion. From the first couple of seconds, the song is introduced with overwhelming drums and guitars, which just become better throughout the song. Personally, the bass starts to give me a Don Broco feel which gives an extra good vibe about this song.

Next, the third track is ‘Elizabeth‘ I love the fact they have added harmonies, which makes this certain song stand out. This particular track shows that the band aren’t just able to show their fast-pace vocals and instrumentals, but they show they can tone it down a notch, giving the listeners a variety of  passionate tunes that they can always listen to, despite the kind of mood or music they’re wanting. Next up is ‘Crazy Nights’. This starts with a slow, atmospheric feel, while slowing becoming faster which builds up to the lyrics. What I love about this track is the chorus, creating a catchy tune which will be ringing around the listeners head straight after listening to it, only wanting to hear it again and again.

‘Kids’ starts with an interesting sound compared to the tracks beforehand. This song reflects on a certain childhood at school, which is pretty unique and cool. This song is a lyrical masterpiece, as you listen closer to the lyrics, you can closely feel the emotion within the vocals. Next is ‘Breathe’, which at first, the guitar gives me a very Texas/western feeling which is pretty easy to get lost in as the instrumentals are beautifully recorded. The lyrics are slow paced within this track, until you hit the chorus, which then is embroided with louder ambitious vocals.

The seventh song on the track is ‘Habit‘ which is about a certain girl and talks about her appearance and where she often hangs around. This is one of my favorites on the album, as not only is this a positive song, it also includes a woman vocalist which I was not expecting at all, which makes this song as great as the others. Next is ‘A Meze’. This track shows that The Decoy are also able to show great acoustic skills, which compliments this song amazingly. With just a guitar, it really does show how strong their vocals are.

The last 2 songs on the album include ‘Lion‘ and ‘Live By The Axe.’ The track ‘Lion’ visits louder and more thrilling instrumentals, as the album began to continue with quiet songs, but this song bought back the energy of the band. Live By The Axe is a great song to close the album, with loud lyrics, catchy tunes, you know you’d never get bored of this song, no matter how many times you’d play it.

Overall, this album is an outstanding piece of work from the band. Showing unique, striking and stunning vocals, I can only imagine how amazing this album would sound live. So next time they’re in your local town, don’t miss a chance of not hearing this exceptional album live.