Gareth went and saw Kill City Radio, Miami Monroe and The Decline at the Nice N’ Sleazy…here is what he thought of the evening… 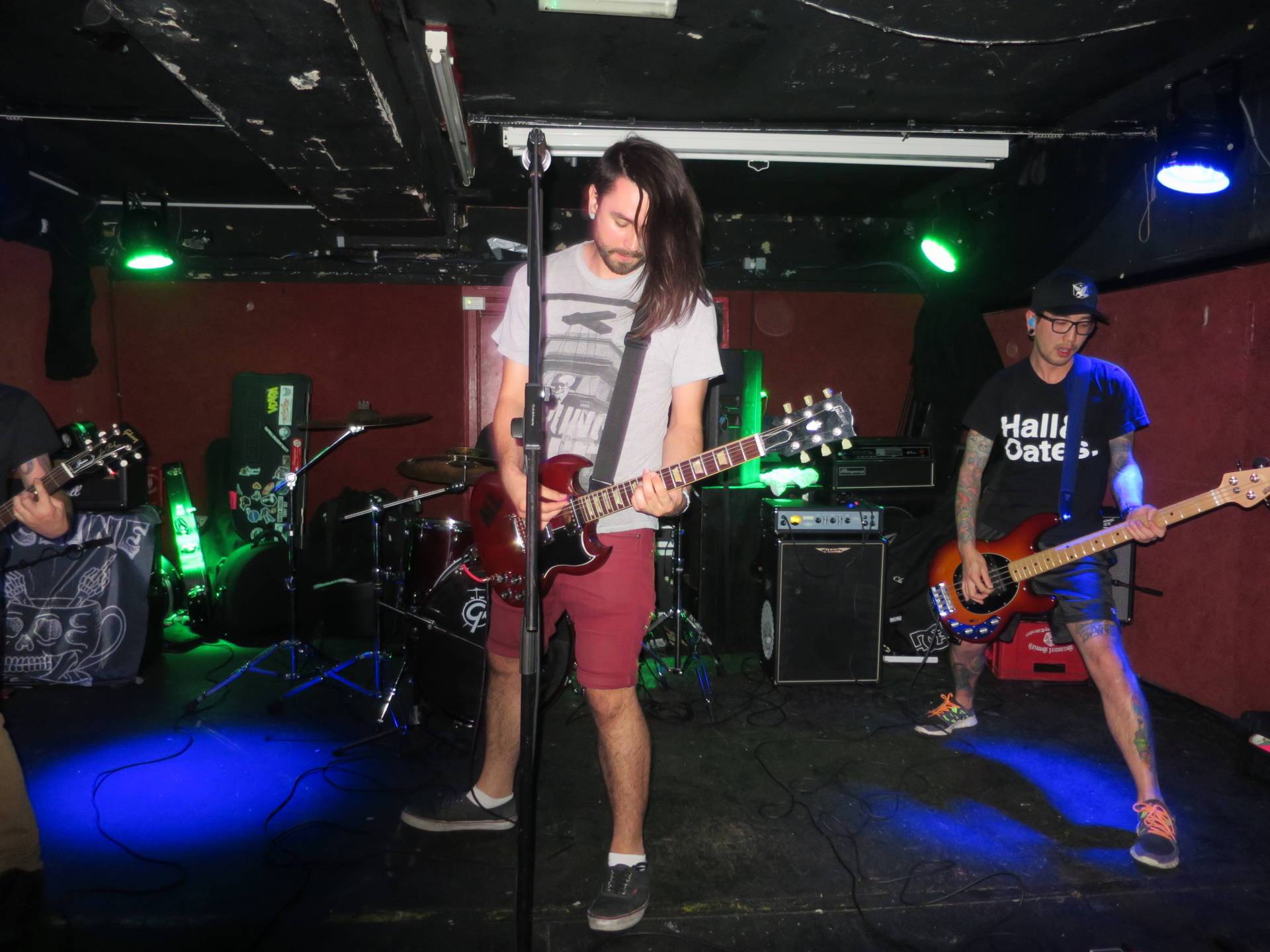 This gig was an unusual one for me… I was going to a venue I had never been to before (despite it being on my doorstep) and I was seeing three bands I had never seen before or even knew what genre of music they played. I had to rush to this venue as I had the door times wrong and thought I would have missed the opening act but luckily I got there just in time for the first band. Jumping off of the busy Saturday night Glasgow streets into the Nice’N’Sleazy’s basement venue I felt like I had walked into a speak easy that belongs in the TV show Gotham. This had me in a good mood before the music started.

First up were Miami Monroe, a melodic punk pop band with some “notice me senpai tunes”. For me, their lead singer did suffer from S.I.T.M (stand in the middle) too much and because of this I could not get into their set 100%. I am not saying that he just stood there but the lack of stage theatrics made them blend into the crowd of bands I have seen over the years. The crowd seemed to be filled with their friends and family which gave a good atmosphere but it made me feel a bit like I was just hanging out in a garage on a Friday night watching my mates band practice and mess about. At one stage they got one of their group on stage with them to sing backing vocals too. I enjoyed the set but I felt they were not giving it 110% and could have done more.

Kill City Radio came up next. They are full fledged ‘fuck it’ band and In their own words play “Our version of Punk”. This band are the first band I have seen since moving to Glasgow that I simply could not understand when they were speaking between songs. I believe they dedicated songs to a variety of people and things such as “fuck you Tories”, “the hearts of the NEDs”, “Rowdy Roddy Piper”, “Sloth from the Goonies” and “the dark side of the internet” which all equated to quite comical introductions to each of their songs. With a hard hitting drum beat, piercing guitars and a singer that just wants to be in the crowd it is safe to say, they are definitely a punk band. However…”It’s punk Jim, but not as we know it”. To class them as a punk band is far from correct as instead, they are the start of a new movement… They are a N.E.D. Punk Rock Band!

The Decline took to the stage and within the first few chords I knew I was in for a good show. They are pure ‘punch in the face’ punk rock. Bands like this is the reason I love live music. If this is a sample of punk rock from Australia I need to get on a plane to see some more. They gave 110% no, in fact they gave 300% on stage… their interaction with the crowd was awesome topped off by even downing Buckfast when the crowd brought them drinks. These guys are very much akin to Press To Meco, but with less harmonies and heavier guitars. Their songs do have a deeper meaning to them and they portray the notion of no matter what happens in life there is always music you can listen to that will help you through.