[Photo: William Pavli] The Black Queen put on a captivating show at Bush Hall. Despite touring their most recent record Infinite Games, they favoured their debut, Fever Daydream. While both records are equally as magnificent, it seems odd that the older record was favoured in such a way. Perhaps this was due to Fever Daydream […] 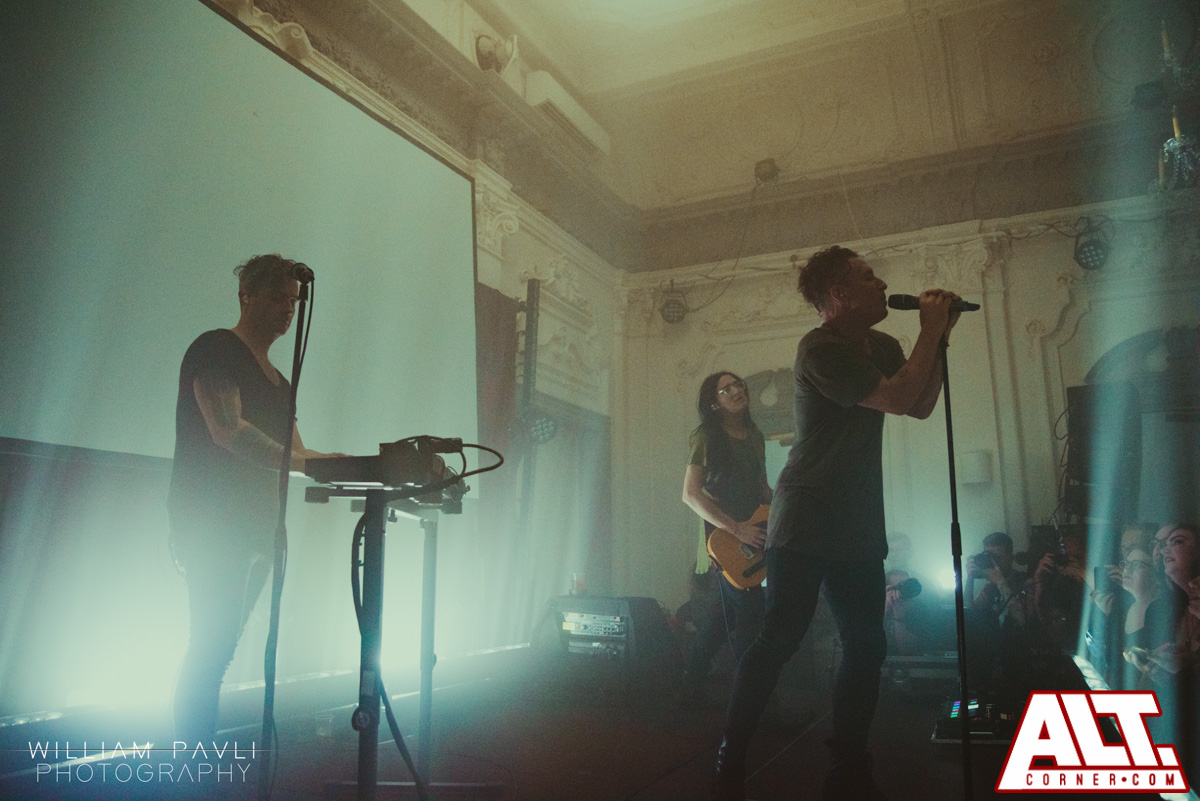 The Black Queen put on a captivating show at Bush Hall. Despite touring their most recent record Infinite Games, they favoured their debut, Fever Daydream. While both records are equally as magnificent, it seems odd that the older record was favoured in such a way. Perhaps this was due to Fever Daydream having a poppier edge to it than Infinite Games. Or this was the first touring cycle since the death of Dillinger Escape Plan. Either way this doesn’t detract from the brilliance that was the performance of The Black Queen.

Opening tonight was producer/songwriter Kanga. With a focus on heavy industrial beats, the initial few songs were noisy and disorientating (in a good way). However the attempted melding of poppy vocals with these beats didn’t quite work. Even as the beats became more danceable the vocals never added anything to the songs nor did they grab the crowds attention. You could tell Kanga has talent as a producer as the beats were very good and did go over well with the crowd, however as a complete act it felt like it was missing something.

Next up were Tennis System, their dreamy college rock was captivating, couple that with an energetic stage presence led to a great support set. The alt rock leanings coupled with dreamy vocals were a brilliant mix. The more electronic leaning crowd didn’t seem to be as engaged as a more alt rock crowd would be. That being said it was a very accomplished support slot from a band who would definitely benefit from supporting bands that were more of their ilk.

The Black Queen took to the stage in front of a minimalistic projection and a Nine Inch Nails esque lighting set up. They opened with two songs off of the phenomenal Infinite Games; lead single Thrown Into The Dark and No Acccusations. It was as expected brilliant. The dreamy lighting set up and stage show was captivating. It was impossible to take your eyes off of the impeccable stage presence of Greg Puciato. Following the two opening two songs they started to rattle off the songs from their debut album. In fact they only played one more new song for the rest of the set. This was most likely due to the more poppy, single nature of Fever Daydream rather than the more experimental nature of Infinite Games.

This suggested reasoning was further enhanced by the crowds response to the songs off the debut. As each and every song had the crowd dancing and singing, a response that may not have occurred if the more arty newer songs were played. Whilst the more artistic experimental side of the band wasn’t on full show tonight, there were glimpses. Particularly at the end of Secret Scream where an extended outro and solo showcased the genius levels of musicianship within this band. As the hour long set came to an end, the crowd were left more than satisfied but at the same time yearning for more.

This was a magnificent set from The Black Queen. It was captivating and magical. The only slight criticism being the lack of new songs. We can just hope that the next time The Black Queen come to London we see more new songs in the set list.