Walking into the Audio in Glasgow, I was shocked to see how full the venue was already and how diverse the crowd was; their was your full on moshers, your metalheads, your ravers and your new age new age hippies… 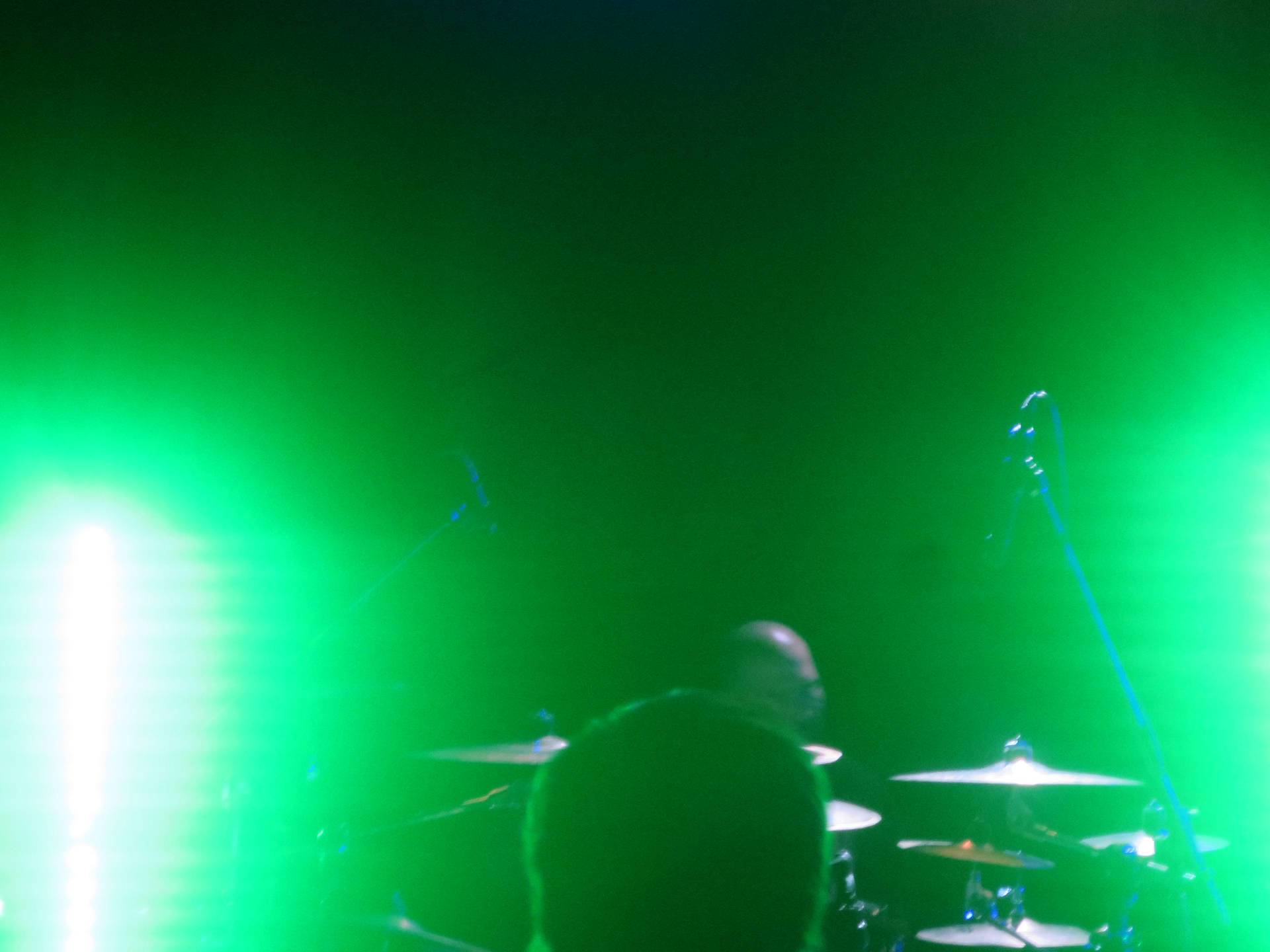 Walking into the Audio in Glasgow, I was shocked to see how full the venue was already and how diverse the crowd was; their was your full on moshers, your metalheads, your ravers and your new age new age hippies. This eclectic mix is the sort of thing that you would expect at a festival and not a three band line up. But, before I could muse on this further the first band took to the stage…

With thrashing guitar, heavy drums and screaming vocals Britney hit the stage. Unfortunately I couldn’t really hear the vocals for the first couple of songs, and with a quick glance in the direction of the sound desk I could see that it was unmanned. Eventually after a couple of songs the ‘sound engineer’ turned up to fix it. This is generally why I don’t go to too many gigs at Audio. Britney though to their credit, provided violent bursts of energy on stage giving us songs around thirty to sixty seconds long and if one thing is for sure, they definitely gave their all. This reminded me a lot of punk shows I used to go to, pure energy just to lose your shit to. The voice effects threw me and I am still not sure about them.  They showed some great potential but they didn’t hold my attention, maybe this is the reason behind the short songs.
(5/10)

Up next were Neshiima. Having seeing these guys before I was shocked to see there was only four of them on stage instead of five but they explained that one of their guitarists couldn’t make the show as he was in the grand US of A. Despite this they came out all guns blazing and did not disappoint me. I just love their style notably their singer jumping into the crowd right at the start of their set. This got the whole crowd fired up and had them head banging along with their songs. With the guitarists also getting involved during the set (I think I saw one of them in a mini pit) they wanted the crowd to party with them and that’s what they got! I don’t think they spent a whole song with every member on stage, and it would be a sad day when they have to play a barrier gig because they couldn’t do what they did tonight.  With regards to their sound they have a heavy rock vibe mixed with nu-metal, and with the singer’s silky vocals and contrasting rap style means you will enjoy their set.
(7/10)

Before the headliners The Algorithm came on stage there was this weird energy in the crowd, a sort of palatable metallic energy, one that had your fight or flight response going haywire, it was a weird feeling and it was evident that most of the crowd felt the same. When the Algorithm came out on stage this feeling switched to an over exuberant cheering from the crowd. But, when they started playing they blew everyone in the crowd away. I am not sure what I was expecting from these guys but, what I got was an exhilarating experience. Their sound is one of metal mixed with electronics. Rémi Gallego is part DJ and part lead guitar with Jean Ferry bringing up the back on the drums. Their sound is a perfect combination of a whole host of genres and if I wanted to get my friends of dance, house, etc into rock or metal this is the band I would use. Don’t expect any lyrics from these guys as they are more about the beat and the energy of their sound. During the set I wasn’t sure if I should be headbanging or throwing shapes, and the crowd at times were with me on this, it was a sight to behold in the crowd as there were moshers raving and ravers moshing. They had the crowd whipped into a frenzy and had them screaming for more. This band (at no disrespect to the venue) were bigger than the Audio and should be playing venues like SSE Hydro. This band have made me rethink the way I look at other music genres and how I should not be so quick to judge them.
(9/10)