Norwegian metallers TEMPEL have released their debut self titled album. 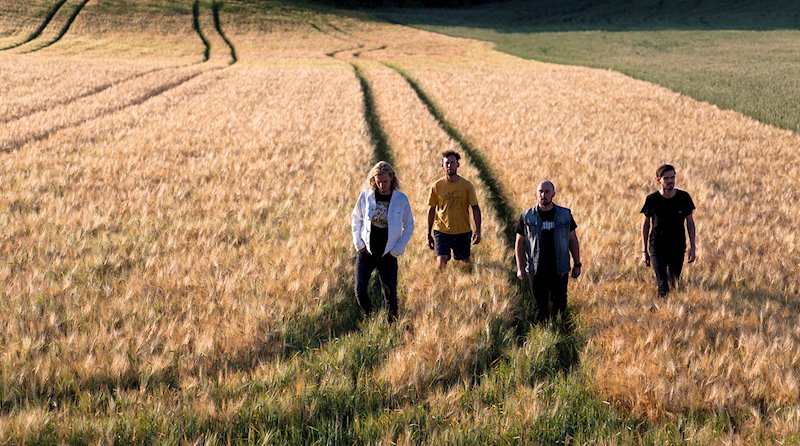 Vendetta opens the album. It is heavy, hard hitting and demands attention. The instrumentation is very impressive however the lyrics seem to get a bit lost among the chaos of everything. This is similar for the next song Wolves and appears to be a running theme for the first few tracks. However, that being said the vocals are more at the forefront for Uninvited which in my opinion is a much stronger track. The guitar throughout the album is epic sounding with wailing guitar solos and gritty verses, just what you want from a metal album.

Afterlife’s chugging beat is very motivating and grabs your attention, with slight Metallica vibes, their fans are sure to love it. Confusion is more angsty, definitely bringing something new to the album, heavy and lighter at the same time with isolated guitar sections which are very atmospheric. The introduction for Forest Cemetery is very weird, it definitely grabs the listener’s attention but whether it is in a good way is down to personal preference. Torches’ introduction isn’t far off perfection, the way the guitars have been layered over each other very simplistically but beautifully before transitioning to heavier works brilliantly. This is all leading up to the vocals, which in my opinion are at the their strongest point in the album, everything about this track works together perfectly creating a very strong song. This song is very unique and I really feel that if we get more of this style of song TEMPEL are seriously going to go places. Back with the mood swinging guitar riffs, jumping erratically from polar opposites, one second light, the next frantic and in-suppressible, final track Farewell certainly keeping things interesting.

For a first album, TEMPEL shows a lot of promise with some really good songs thrown in, however, they are sometimes overshadowed by songs that don’t particularly stand out from the crowd but at other times it looks that they are really establishing a sound for themselves. The album is rather jumpy, the tone of songs changing between each song but not entirely going anywhere specific, however, every song sounds different from the last. On the other hand I do feel that the album improves as it progresses, Torches being a particular favourite. The guitar parts are face melting but at other times delicate and beautiful, a perfect balance of lighter and blisteringly heavy to create an intriguing track.