After leaving Nightwish over a ecade ago, Tarja has really come into her own. The Finnish beauty releases The Brightest Void as a form of gift to her fans. It is a prequel to her up and coming album. The EP is a joy to listen to. 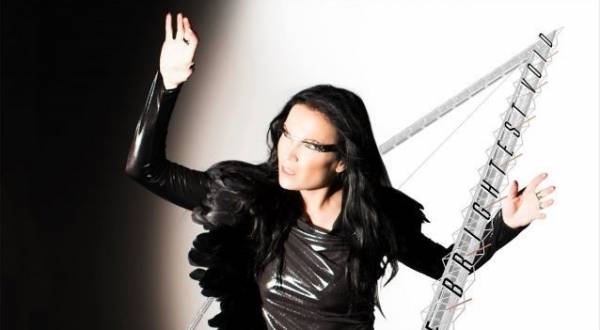 Tarja is probably most famous for being the frontwoman of Finnish band, Nightwish. However, after leaving Nightwish over a decade ago Tarja really has come into her own. She has become a well-known solo artist. The Finnish beauty releases The Brightest Void as a form of gift to her fans. It is a prequel to her up and coming album The Shadow Self which is due for release on 5th August 2016.

Composed of a mere 9 tracks, The Brightest Void packs a good punch. Opening track “No Bitter End”, which was also released as a video, gives us a pure gothic, symphony feel. The song really shows off Tarja’s operatic vocals.  There are then the darker, slower songs of “An Empty Dream” and “Witch Hunt” which show of Tarja’s vocals perfectly. On the contrast you then have “Shameless” which is rather catchy and upbeat.

The EP also features some well-known famous collaborations with the likes of Michael Monroe (“Your Heaven and Your Hell”), Chad Smith (“Eagle Eye”) and the most well-known Within Temptation collaboration (“Paradise, What About Us?”). It also features her covers of Paul McCartney’s “House of Wax” and James Bond theme song “Goldfinger” proving that she can tackle any genre and make it her own.

Despite The Brightest Void only being a small collection of the numerous extra tracks Tarja has, it is a joy to listen to. The EP is packed with a mixture of songs and tempos.  It shows of her vocal range spectacularly. If this EP is anything to go by, her album is going to be amazing.