HIM with support from Biters live at Rock City, Nottingham

Atlanta rockers Biters take to the stage to the sound of Ace Of Spades. They begin with frontman Tuk telling the audience how this is a special occasion before heading into some good old-fashioned rock ‘n’ roll. The overall reaction from the crowd is quite tame, which is a shame as the band really put […] 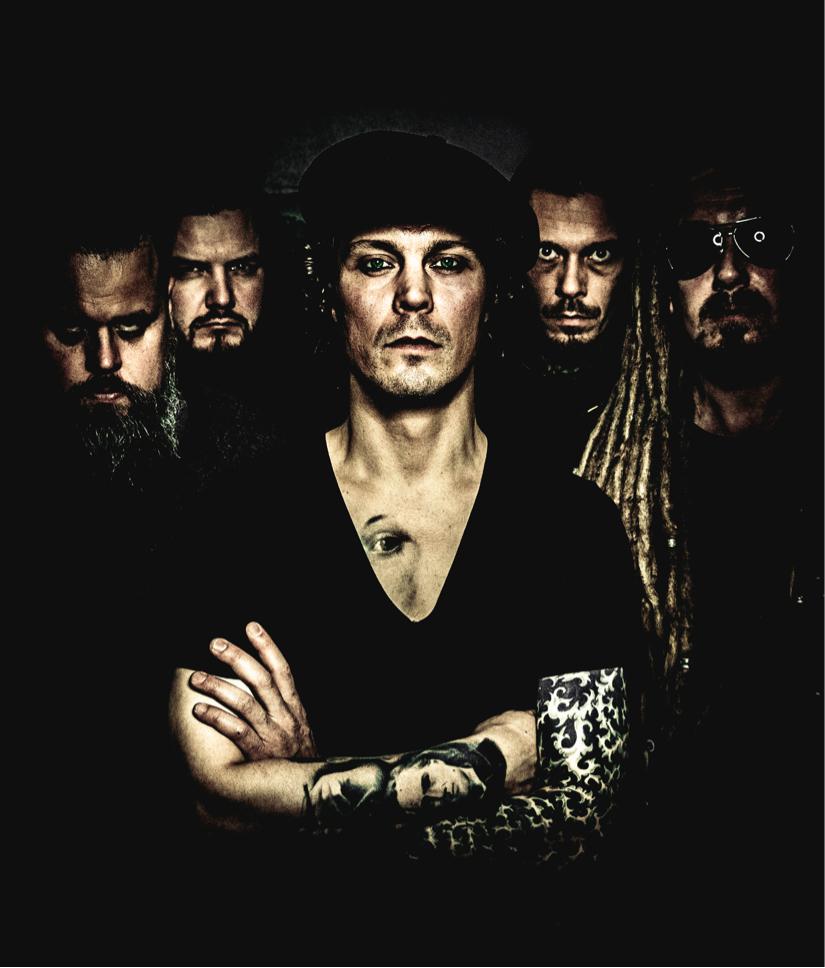 Atlanta rockers Biters take to the stage to the sound of Ace Of Spades. They begin with frontman Tuk telling the audience how this is a special occasion before heading into some good old-fashioned rock ‘n’ roll. The overall reaction from the crowd is quite tame, which is a shame as the band really put on a very good show. There are some people dancing and just generally having a great time, with Tuk giving a participation award to those few. Musically, the band are on point and show that true rock ‘n’ roll doesn’t die. While the crowd weren’t as reactive as they should have been, following the set, there was a buzz of people talking about Biters and how good they were.

The night, however, was only going to ever belong to one band. Finnish ‘love metallers’ HIM take to the stage earlier than expected, surprising security who were then hurrying to let the photographers into the pit before the start. Arriving on stage at 8pm and leaving at 10, we are treated to two hours of non-stop magic from a band who after 26 years, are calling it a day. Frontman Ville Valo looks like he is having the time of his life on stage as he powers through a whole range of hits from their impressive back catalog, a smile rarely leaving his face.

He hardly commands the crowd as there is no need to, the audience seemed to know exactly when he wanted them to sing back to him before he even decided, at one point during Killing Loneliness, he even asked for the guitars to be quietened so that he could hear the crowd, who were, as ever, passionately singing along as if they themselves were on the stage. Join Me In Death, Wings Of A Butterfly and The Sacrament get some of the loudest cheers of the night, although each song performed receives almost exactly the same response. Ville doesn’t chat much between, however, when he does, it’s little nuggets that the crowd appreciate rather than the irrelevant ‘how are you doing?’s that you hear multiple times during one set from some artists who haven’t exactly mastered crowd interaction. There’s laughs as he seems to get muddled up with the dates, the last time they visited the venue it was celebrating its 25th anniversary and as there wasn’t anything to celebrate this year (venue wise) he wished a happy holidays before saying it was the year 1666 and laughing. It’s little nuggets like that that add a more memorable feel to between song chatter.

Of course, we were celebrating the last times that HIM are performing as a band and we celebrate with laughter, tears and some bloody good riffs and vocal melodies. While many in the crowd were disappointed some of their favourite songs (most notably Vampire Heart, which was an unexpected omission due to its popularity among fans and critics) didn’t make the cut for the final set, there is no denying that for the past 25 years, we’ve been treated to some absolute gold which is displayed fully on stage tonight. It’s a very sad night but one that has left the capacity crowd at Rock City with some very good memories.