Nottingham’s hometown boys ‘Some Skeletons’ release their debut album ‘Vigils’ on the 4th December, via independent label Mountains of Records and guess what, it’s released in enough time for Christmas. As the Duff man would say… “Oh yeah!”. 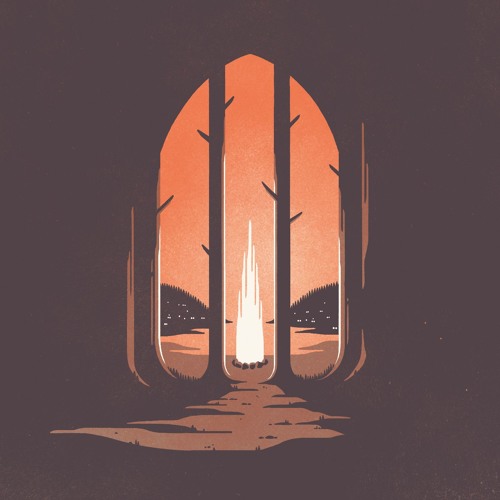 Nottingham’s hometown boys ‘Some Skeletons’ release their debut album ‘Vigils’ on the 4th December, via independent label Mountains of Records and guess what, it’s released in enough time for Christmas. As the Duff man would say… “Oh yeah!”.

Catching ideas from likes of melancholic legends Smashing Pumpkins and the diverse sounding Deftones, ‘Some Skeletons’ try to amalgamate a sound that offers freshness to the ears of their audience.

This is a story of two chapters; first chapter that is a grower, the second chapter takes over that mantel and brings that story to an end.

First half did not grab me, sadly I’m that sort of character, when I pick up a book and that first paragraph doesn’t touch me, doesn’t grab me by the throat then I will drift off in to the distance and wonder what that pigeon finds so interesting. This here happened and if it wasn’t for the change up with ‘Beach Party’ I probably would have gone to check out the pigeon.

‘Beach Party’ caught my attention; it dragged my ears back to this record, with the distorted riff matched with some heavy hitting drum beats moved this along. “All my dinner will be left on the plate and I sincerely regret how I behaved”, that wasn’t me at all” a verse that added to this song that is catchy and in some ways a bit ‘Tool’-like.

‘No Respite’ along with another favourite of mine ‘Hi, Give Me disease’ shows that there’s evolution within the bowls of this Nottingham native band. Some Skeletons close off their debut record with a song that is reminiscent of ‘Biffy Clyro’ with ‘Rush for Mercy.’

The effort in creating this record is massive and sounds like it will be an experience to witness them live. I look forward in seeing what they bring out in their future. If they continue how the second half grabbed this reviewer then their journey is evolution baby.