Gareth Rooke went and saw Skarlett Riot in Glasgow. Support came from Miami Monroe, The Colony and The Raven Age. 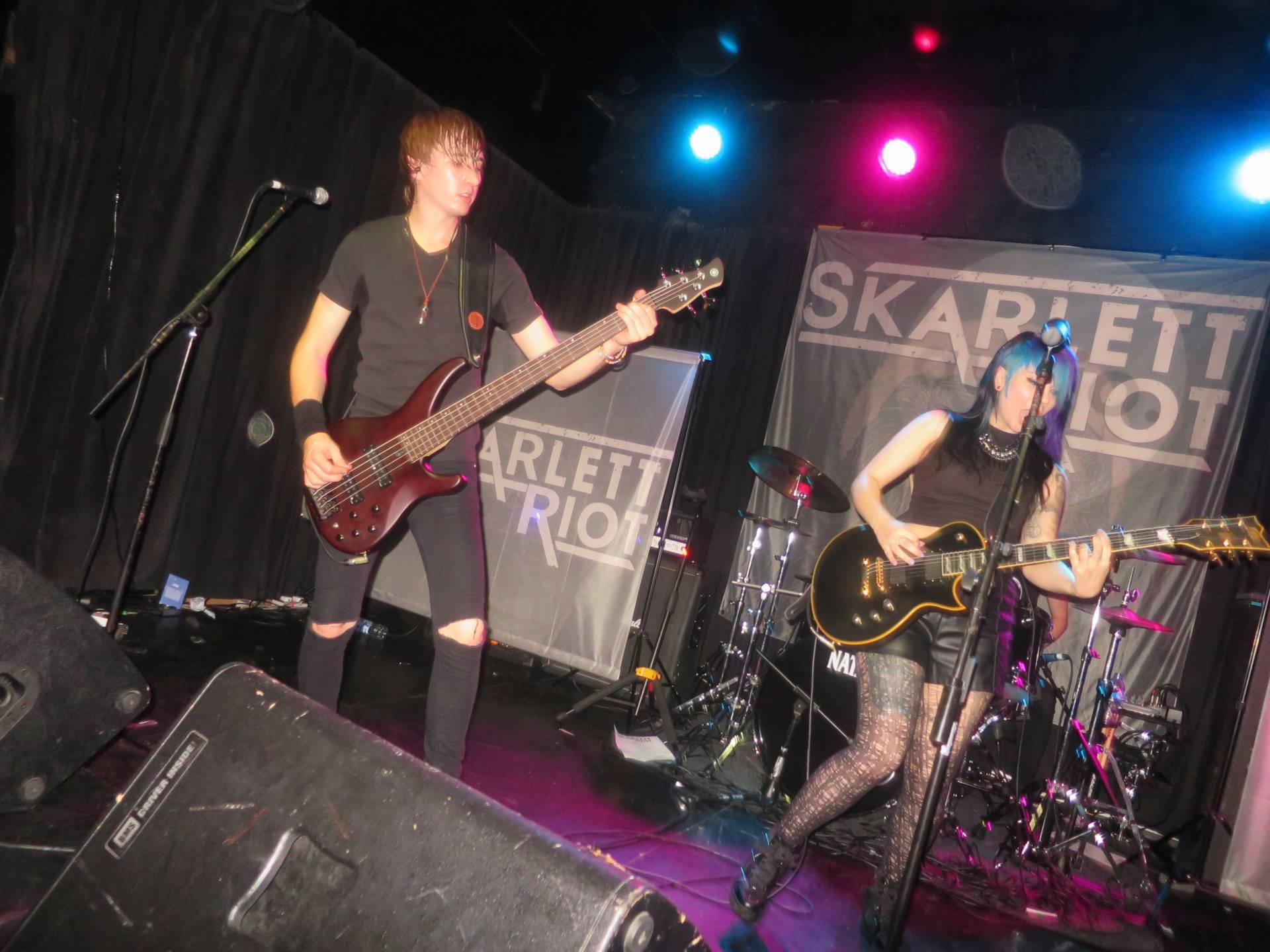 Today’s gig saw me head to Audio in Glasgow. This is not my favourite venue but, the bands I always want to see seem to always play here. That being said the sound quality was the best I have heard it. However the levels were weird for all the bands tonight, as the vocals would vanish when they went into a new song and this happened throughout the night. The sad thing about this, is that it could potentially put the inexperience gig goer off of a band as it may seem like they were not up to par.

First up were Miami Monroe, I missed the start of their set as I had the timing wrong for the start of the gig (always check your ticket not facebook, if in doubt turn up an hour early!) They are a melodic pop-punk band and having seen they guys before they did nothing to change my opinion of them. Their lead singer still suffers from S.I.T.M (stand in the middle). But, did move around a bit towards the end but it was the lack of stage theatrics that made them blend into the crowd of bands out there who are in a similar vein.

The Colony took to the stage and brought me a metal style sound that I was craving. Full of heavy guitar rifts but no hooks. A lovely head banging drum sound that drills into you with every beat. The vocalist had a heavy voice to match the guitars. but he could switch it to a more soothing sound when needed. He never stayed still during their set and even came into the crowd a few times. If you want music to lose your shit to, then this is your band. Their strongest song was “This Strength” which stood out head, shoulders and even hips above the rest of their set.

The Raven Age brought a trampling rock sound with silky vocals that killed you like a siren-like voice akin to calling sailors to their death. This gave a great contrast to their heavy guitars that felt like a two dumbbells on each shoulder but, they had hooks and riffs to keep the most critical-people quiet. They were an entertaining band, moving around stage and jumping around throughout. They had switch ups in a few of their songs showing they were not thrashers. I did go and see them and Skarlett Riot the next day in Edinburgh, and I still can’t make my mind how is best to really describe this band.

Before Skarlett Riot took to the stage the crowd were already hyped and as soon as the backing track kicked in the crowd started clapping and when Chloe emerged on stage the crowd went wild! Chloe knows how to command a crowd, when she is not playing guitar she is moving around, commanding the crowd to sing and clap. Her vocals possess impressive energy with a deep true grit behind it, leading me to instantly think of Lzzy Hale of Halestorm. The drum beat is infectious and I could headbang to it until my head fell off or I passed out. Added to this the guitar riffs and hooks mix with a heavy guitar overtone that you can really get stuck in to when seeing this band. With them playing fan favourites like “Villain”, “Rock N Roll Queen” and “Riot” it is easy to see why they are so loved.  If you are a fan of Halestorm or New Years Day you will love Skarlott Riot as much as I do.