Gareth Rooke went to see Aurora, Sirens In The Delta, Newpoint and 12 Stories High at the Ivory Black. Here is his review of the evening… 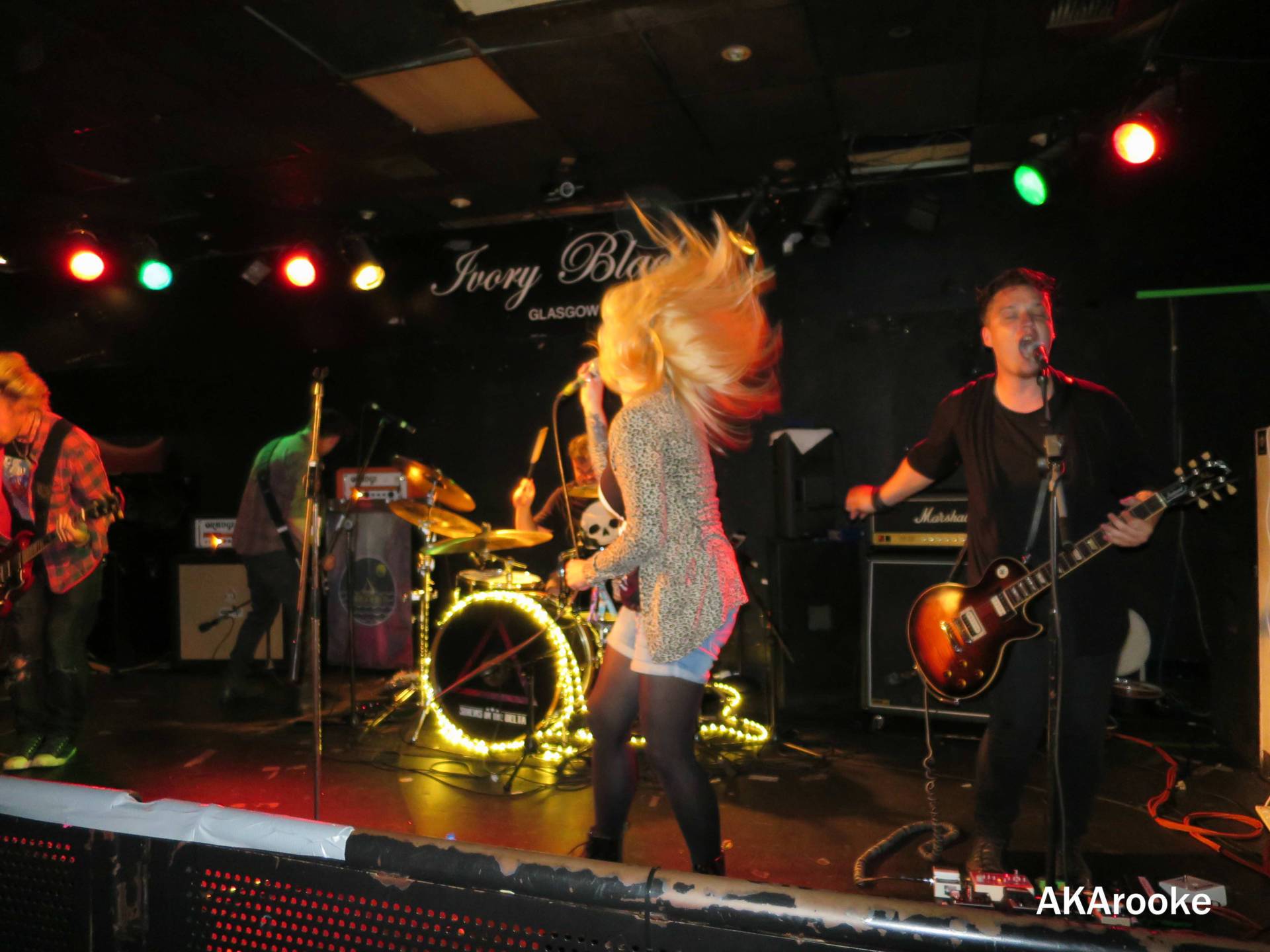 When the first band (12 stories high) took to the stage I was pessimistic, as it looked like I was in for another 14+ band that were going to stand on stage just thrashing their guitars. But, I was pleasantly surprised. They actually played with a wisdom beyond their years. They played a lot of covers so it was hard to get an understanding of their own sound. When they did play their own songs their sound was pop rock with an acoustic lounge feel. The lead singers had a great vocal range but she needs a little work on her breathing which will come with time, also the backing vocals could do with a little coaching to bring their set along. The biggest mistake they made was there Bring Me The Horizon cover which they need to drop from their set.

When Newpoint took the stage I was blown away with the vocals of their lead singer. He could scream, sing like Prince or rap like Devlin and George the Poet. Their underground rock sound with a little bit of electrics thrown in really caught me off guard. Although all members of this band have been playing in bands for a number of years this was their first gig as a group and the way their set flowed and the precision of their play left me wanting more.

Next to come to stage was We Are Aurora who are an indie alternative band with a heavy bass beat that reminds me of AC/DC.  They had me bopping my head and tapping my toes along to the beat for every song. The singers uneven vocals had me enthralled and wanting to hear more. I am surprised I had not heard of these guys before as their take on indie and fusing it with heavy influences that result in good vibes is my jam. They definitely have a smashing pumpkins influence with their lyrics that I really liked too.

Sirens in Delta are a band who I have had my eye on for a while but I’ve never had the chance to see them until now. At the sound of the first cord I had goosebumps. Their heavy rock sound is somewhere between Metallica and Young Guns and the way that Katie sings makes you feel like she is only singing for you even if there is a sweaty man moshing in front of you. Their bass sound really struck me and was in my heart and killing my brain..all in a good way!

Ivory Black as a venue had a real rustic feel to it, I could image this as a place being one of those out of the way venues at South by Southwest in Austin Texas but with METAL! Beer is £3.50 for a pint of Tenants or a can of Stella. I loved the bands and the venue and I went home very happy.