Signals. at The Garage, London

Gareth Rooke reviewed Signals and Floella Grace when they played in London. 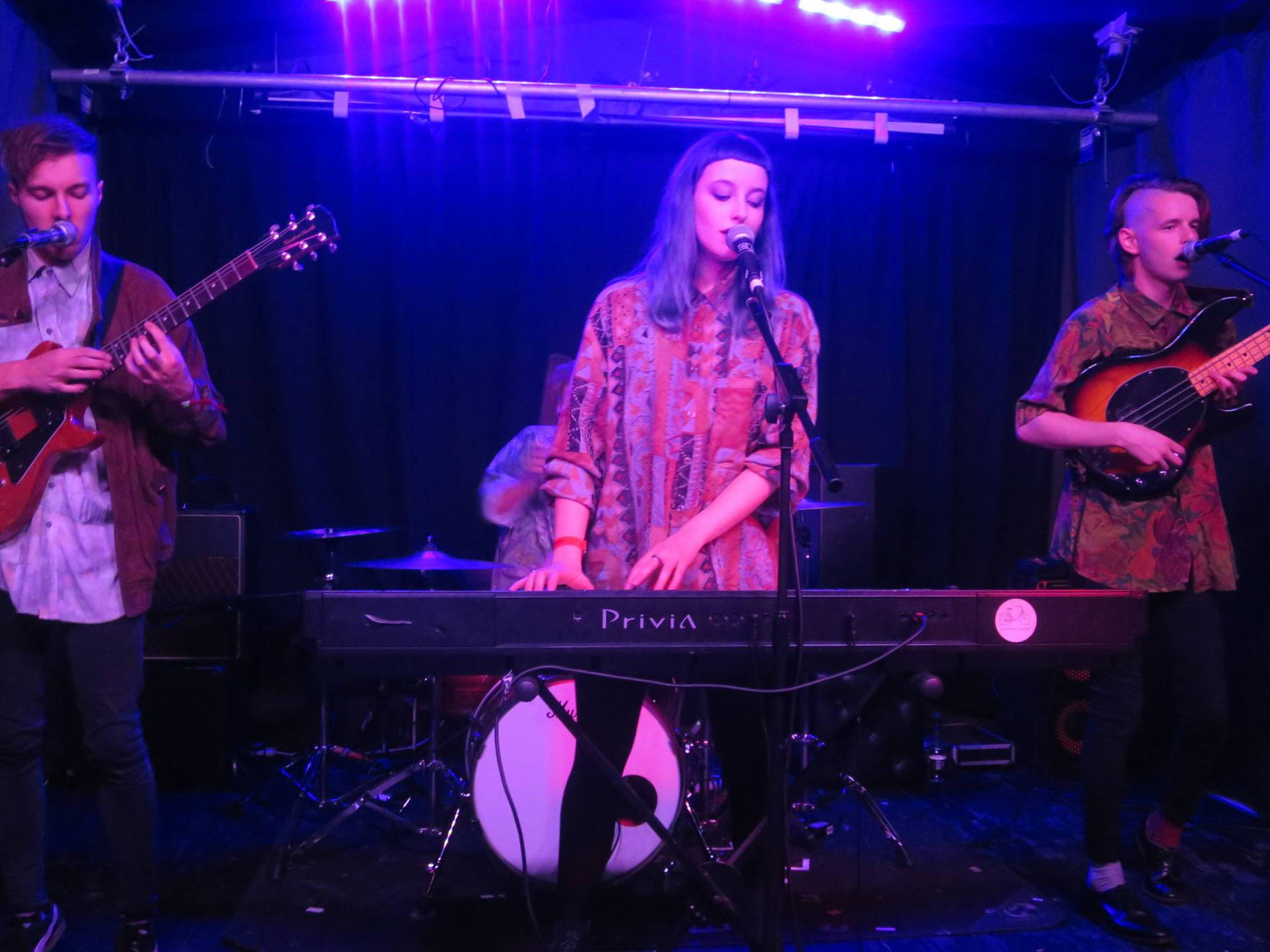 For this gig I took a ‘short’ flight from Glasgow to London to go and see one of my favourite bands.

The support for the night was Floella Grace; an artist who had an experimental folk sound with lots of laid back melodies that would be great for a film montage or the perfect soundtrack to a lazy sunny Sunday. I am not sure if it was an effect put into her vocals but, her voice resonated with me. However this isn’t my taste of music to see live as it leaves you feeling reflective after the set instead of happy and smiling.  They played with a minimal set up with cables being changed for the one amp they used.

Headlining tonight were Signals. – the reason, I (and everyone else) was there. With them standing there in their trademark pattern shirts they launched into ‘Dawn’ which is  a lovely instrumental number and Ellie asked “How are we doing London?” Before going into ‘Coming Out of the Blue’. They provide a math-pop sound that is unlike any other. I have always struggled to describe their sound as there is no one like them out there. The closest is Chvrches (but that is still a dis-service to them). They fuse so much into their sound from a variety of genres;  pop punk, electro, pop, indie, rock and even a little jazz. The drumming that Ryan produces is one that will always have me tapping my foot and when adding the guitars to this, my whole chest is vibrating with joy. Ellie’s vocals are one that once you hear them live you will never forget. Add to this the harmonies with Mikey and Alex and every hair on your body will stand on an end. I have never heard better harmonies live. It was good to hear the evolution of their sound tonight from the structured but chaotic energy of ‘Constructions’ to the more ordered structure of the yet to be released ‘Paralium‘. They ended the set with ‘Dust‘ which is a favourite of mine to see live as the last thirty seconds is full octane charged, chaotic energy with the band going crazy on stage (and dare I say it? it is like electro punk!). Tonight Alex (Bassist) completely lost himself to the music and I love when this happens at a live show, I show a musician love and passion for playing music and its a truly great feeling when its reciprocated.