Heading to Bananamn’s one of my favourite venues in Edinburgh, I was excited to see Sertraline with their new line up. Up first was Glasgow’s Splinting Halo. I have been trying to see these guys for a while but, had always missed them.  They have great heavy drums along with great heavy guitar riffs. But […] 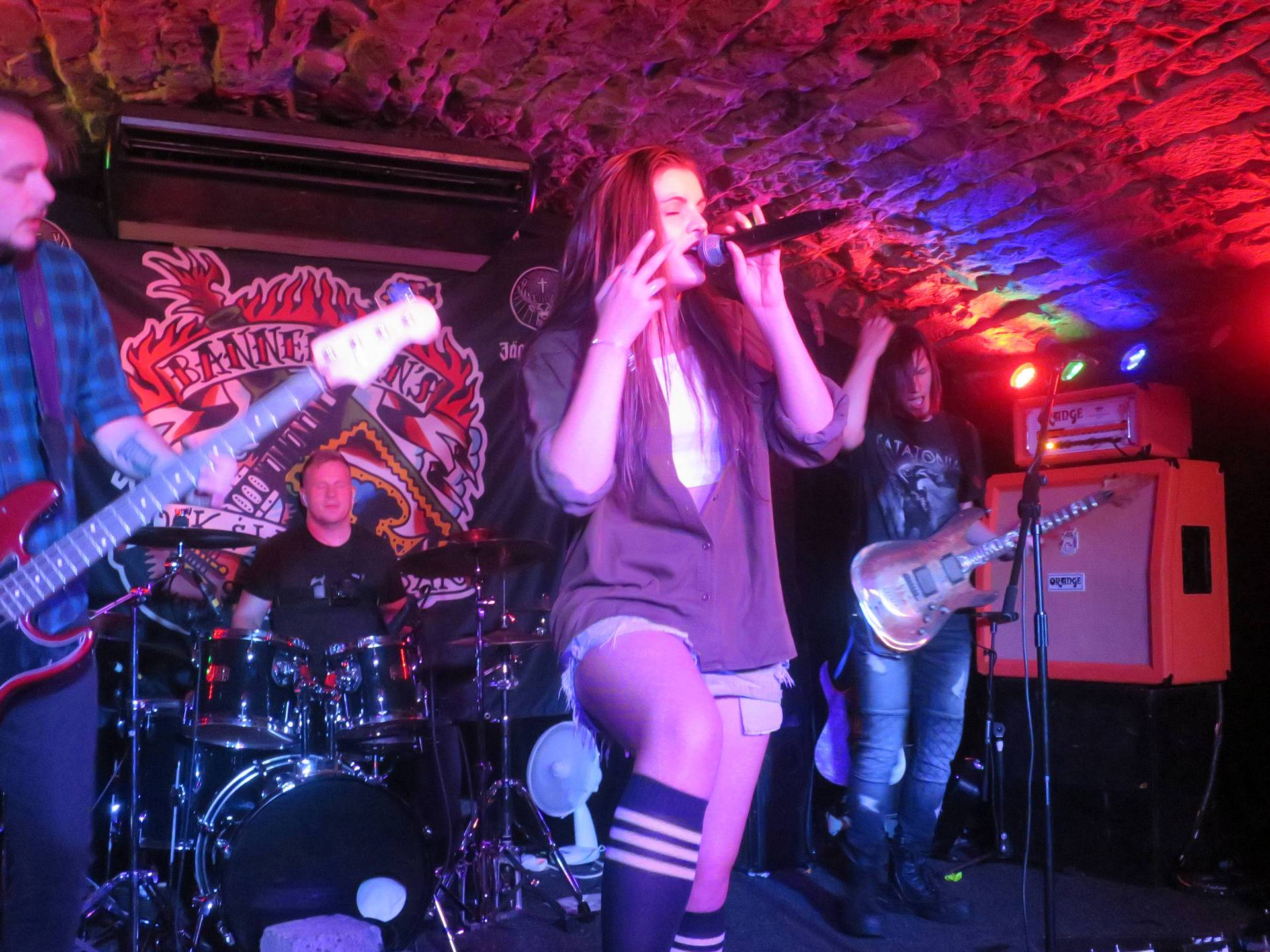 Heading to Bananamn’s one of my favourite venues in Edinburgh, I was excited to see Sertraline with their new line up.

Up first was Glasgow’s Splinting Halo. I have been trying to see these guys for a while but, had always missed them.  They have great heavy drums along with great heavy guitar riffs. But there is this creepy almost disturbing rhythm to they way they play, they emphasise this with the way they conduct themselves on stage. The guys all wear masks giving them a look of porcelain dolls. They then move like they are puppets on strings being pulled by some unseen force. Then we come to singer Evilyn. She, as usual, is dressed in the red and black of Harley Quinn but with no tank girl helmet this time. She creeps me out with three types of vocals, none more distrubing than the little girl voice. Alone this voice would be enough but, the fact that with each voice she does, her mannerisms change to match almost as if different spirits are taking control. They did move away from this disturbing rock with the track Shadow, it was a nice change of pace being the only more upbeat tracks.
7/10 (9/10 disturbing factor)

Sertraline took to the stage and straight away I knew this was going to be a different performance from the last time I saw them at Bananman’s. What they brought was an aggression, something that I didn’t know was missing but now I know it’s there it can’t go away. There had also been a line up change since last time and all for the better. With this change it left vocalist Lizzy doing the unclean vocal as well as the lead, it was great to see this and it may be where the new aggression is coming from with her and the bassist jumping of stage and joining the crowd for a few songs. However on some of the older songs which had been written for more that one vocal she struggled to make the transition in quick succession. On the newer tracks it was seamless. The drumming was nice and heavy, even if I would have heard a cowbell instead of the symbols at times. The guitar play was fun rifie and heavy. So heavy that Micky broke the strings on the primary and secondary guitar. I would recommend that you go and check out their new single.